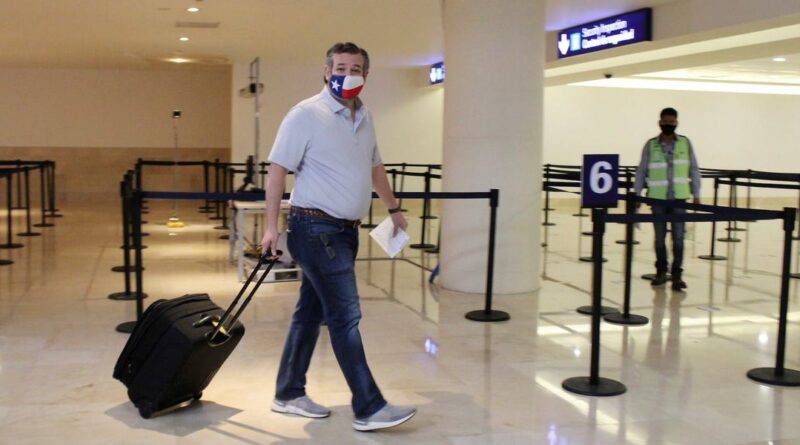 Republican Sen. Ted Cruz of Texas on Thursday defended his decision to fly to Mexico for a vacation while his homestate grapples with a severe winter storm.

“With school cancelled for the week, our girls asked to take a trip with friends,” Cruz said Thursday, hours after photos of him at the airport en route to Cancun spread widely online on Wednesday night. “Wanting to be a good dad, I flew down with them last night and am flying back this afternoon.”

Cruz has received intense backlash for leaving Houston during a storm that has left millions of Texans without electricity, heat, and running water since last week. As of Thursday morning, roughly half a million households remain without power.

“This has been an infuriating week for Texans,” Cruz said. “Our homes are freezing and our lights are out. Like millions of Texans, our family lost heat and power too.”

The senator added that he and his staff “are in constant communication with state and local leaders to get to the bottom of what happened in Texas” and that they “will continue using all our resources to keep Texans informed and safe.”

“We want our power back, our water on, and our homes warm,” Cruz said.

Democrats ripped into Cruz for traveling while his constiuents are struggling amid one of the worst storms in recent years. Former Democratic challenger Beto O’Rourke slammed Cruz Thursday morning for “vacationing in Cancun right now when people are literally freezing to death in the state that he was elected to represent and serve.”

Schools across the Houston area, where Cruz resides, remain closed due to the freezing temperatures.

This story is developing. Check back for updates.