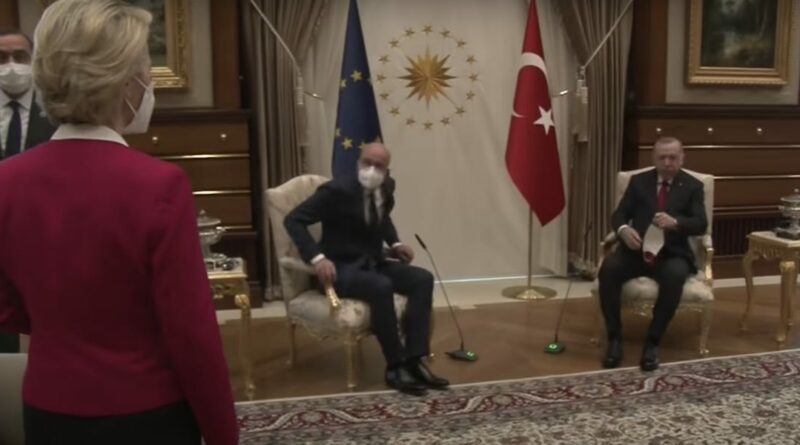 The EU’s female leader has said that the awkward episode where she was left to stand while two her two male counterparts sat was the result of sexism.

Video from the meeting at the Turkish presidential palace showed the trio arriving in a room, whereupon Erdoğan and Michel took the two centerpiece armchairs, leaving von der Leyen standing without a seat.

Von der Leyen can be heard clearing her throat and raising her arm, then later seated on a sofa some distance from the two men.

Speaking at the European Parliament on Monday, von der Leyen suggested that sexism was to blame.

“I cannot find any justification for how I was treated, so I have to conclude that it happened because I am a woman,” she said, according to Reuters.

“I felt hurt, and I felt alone as a woman and as a European.”

“This shows how far we still have to go before women are treated as equals. Always and everywhere,” she added.

At the time, EU lawmakers expressed outrage, and said the scene was a clear example of disrespect.

Iratxe Garcia Perez, a Member of the European Parliament from Spain, tweeted it was “shameful,” and Italian Prime Minister Mario Draghi said he was “very sorry for the humiliation von der Leyen had to suffer,” according to The Guardian.

Draghi and others blamed Turkey for allowing the situation to arise. 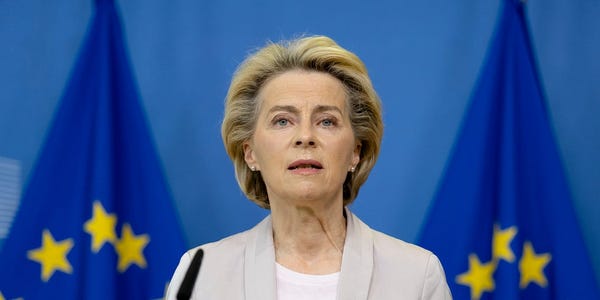 Turkey, however, refused to take the blame, saying that it was following EU protocol by placing Michel and Erdoğan in the seats.

“The protocol at the presidency met the demands of the EU side,” Turkish foreign minister Mevlüt Çavuşoğlu said on April 8, according to the BBC. “In other words, the seating arrangement was designed to meet their demands and suggestions.”

In a Facebook post the day after the meeting, Michel said that the the phrasing of the EU’s meeting requirements had contributed to the awkwardness.

“The strict interpretation of the protocol rules by the Turkish authorities gave rise to a distressing situation: the differentiated — even inferior — treatment accorded to the President of the European Commission,” he said.

At the time, an EU representative told the Euronews reporter Shona Murray that von der Leyen “preferred” to give the seat to Michel, but added: “The president should have been seated exactly in the same manner” as the two men.

Joe Biden Under Pressure From Progressives To Cut Out Larry Summers

When Trump Feels Threatened, White Supremacy Is His Only Weapon