Home » Politics » The US Navy is vaccinating 5,000 sailors from the Eisenhower carrier strike group before they head back to sea 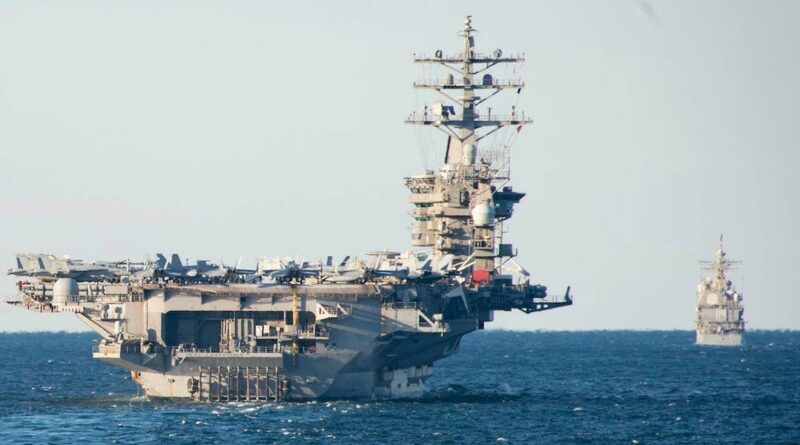 After spending a record-long deployment last year stuck on their ships due to coronavirus restrictions, the crews of the USS Dwight D. Eisenhower aircraft-carrier strike group are heading out again with the first dose of the COVID-19 vaccine in their arms.

Being able to vaccinate most of the strike group’s sailors is a relief after a frustrating year of outbreaks and restrictions at sea, according to Vice Adm. Andrew Lewis, who oversees Navy operations on the East Coast as head of 2nd Fleet.

“This is the first time in a good while that we can talk about COVID and good news in the same sentence, which is really, really exciting for all of us,” Lewis told reporters Friday.

Eisenhower and its escort ships are currently returning to homeport in Norfolk, Virginia, from pre-deployment training in the Atlantic. Their crews will receive the vaccine in port before heading out again on deployment.

“We’re going to send them over the horizon here in a few days having received their first vaccination, and somewhere around 80% of the crew of the entire strike has accepted the offer of getting a vaccination,” Lewis said. “Then they’re going to get a second vaccination four weeks later, and they’re going to be well on their way to full immunization in about six weeks time.”

That amounts to about 5,000 sailors in total aboard Eisenhower, the cruisers USS Monterey and USS Vella Gulf, and the destroyers USS Mahan, USS Mitscher, USS Laboon, and USS Thomas Hudner. 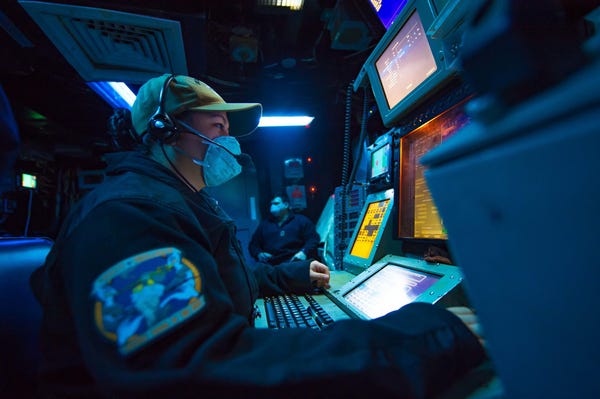 Eisenhower and its escorts set sail for training in mid-January 2020, but the onset of the pandemic forced their crews to remain aboard once its deployment started several weeks later. Eisenhower returned to Norfolk in early August after seven months at sea with no port calls.

Eisenhower’s second deployment in a year reflects the high demand for carriers around the world. That tempo is certain to strain the nearly 43-year-old ship, and the lingering threat of COVID-19 has added to the stress on its crew, who started quarantine on December 28.

The lack of vaccines frustrated the crew, a sentiment that was exacerbated by the appearance of several positive cases during that time.

“A few days ago, we found out that Adm. Beal’s team freed up enough of the vaccine to get the entire strike group vaccinated,” Lewis added. “Prior to that, we had only freed up [enough for] the carrier and the air wing, and it was just a week ago that we freed that up.” 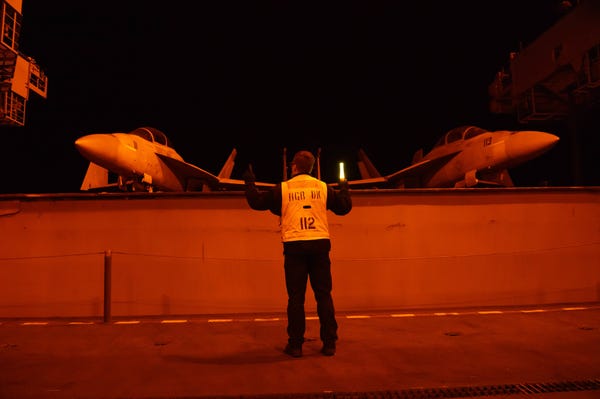 Logistical and operational demands mean the Navy is “metering” distribution, according to Rear Adm. Douglas Beal, vice commander of US Fleet Forces Command.

“When it comes to getting the vaccine to the ships, because of storage reasons and handling reasons, we went ahead and selected the Moderna vaccine for the majority of the strike group,” said Beal, who has led vaccination effort.

One ship was able to get the first dose of the Pfizer vaccine “a few weeks back,” Beal said. “So we’ll end up getting them their second dose when they pull into port, and then first doses of Moderna for every other ship in the strike group.”

Navy directives bar aviators from flying for 72 hours after receiving the vaccine, “so we’re going to make sure that we get those folks metered in the correct way so that the ships remain operationally effective,” Beal said. “Mission assurance is the main reason we did this, so we’re going to be to meter the vaccine accordingly.”

“I’m very excited that they’re going to get to go downrange and at least achieve some sense of normalcy,” Beal added. “This is a leading indicator, I think, of what’s in store for the country soon.” 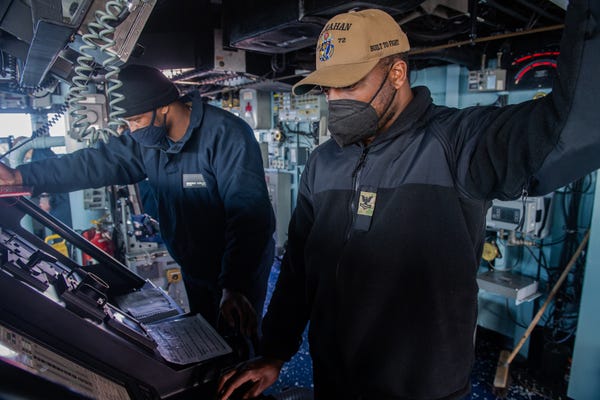 The tight confines of Navy warships are conducive to transmission of the coronavirus. The aircraft carrier USS Theodore Roosevelt spent more than 10 weeks sidelined in Guam in spring 2020 due to a breakout in which more than 1,000 of its sailors contracted COVID-19.

Lewis told Insider that before the Eisenhower sailed for training, the Navy went through lessons learned from the experience of ships on the West Coast that had dealt with breakouts, as well as past experiences on East Coast-based ships.

Some measures, such as adjustments to meal times and work schedules, will remain, and sailors won’t leave the ships on future port calls, Lewis said.

“We have to be very careful about maintaining what we call a bubble, where we don’t have a vector getting introduced into the the strike group ships,” Lewis told reporters.

“We’re not going to relax any of the practices that we’ve used to this point, [not] anytime soon anyway,” Lewis said. “A lot of this stuff we should have been doing anyway.”

Lewis wouldn’t say where the strike group was going, though it spent much of it last deployment in the Middle East, but commanders located where the ships are headed are “fully committed” to getting sailors their second vaccine, which will have to be administered in port. 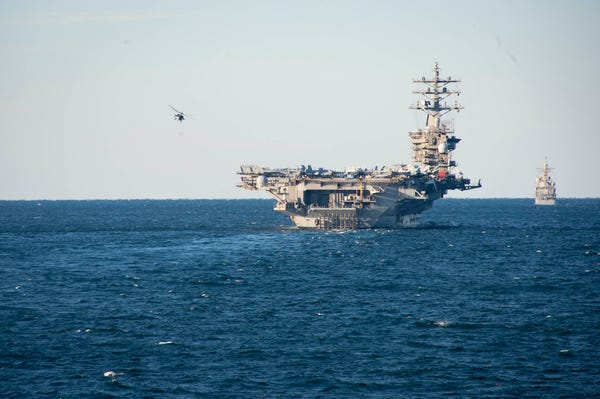 Sailors won’t be fully immunized until two weeks after receiving the second dose, and sailors who’ve already contracted and recovered from the illness have some level of immunity.

“We don’t know a lot going forward in regards to what this means for changes” to health restrictions, said Capt. Laurence Kuhn, Naval Air Force Atlantic medical officer. “We have folks that are embedded with the CDC from the Navy that are researching this and looking to inform the senior leadership … so that we can look forward to making appropriate changes.”

Kuhn said steps were also being taken to address the mental strain and effect on morale, including events to promote resiliency and increases in medical staff, among them mental-health professionals.

Vaccines will remain voluntary for military personnel as long as the Food and Drug Administration has an emergency-use authorization in place. But officers on Friday touted the efficacy of the vaccines and said they were working to dispel any unfounded concerns.

“In terms of education, this is an all-hands effort,” Beal said.

“On a personal level, I could not wait to get a vaccination because … the experts have proven themselves to know their business,” Lewis said. “I can tell you we’re probably going to make it mandatory as soon as we can, just like we do with the flu vaccine.”