WASHINGTON (Reuters) – Tens of thousands of loans worth billions of dollars may have been subject to fraud, waste and abuse in the $659 billion taxpayer-funded program aimed at helping small U.S. businesses survive the coronavirus pandemic, according to a report released by Democratic lawmakers on Tuesday. 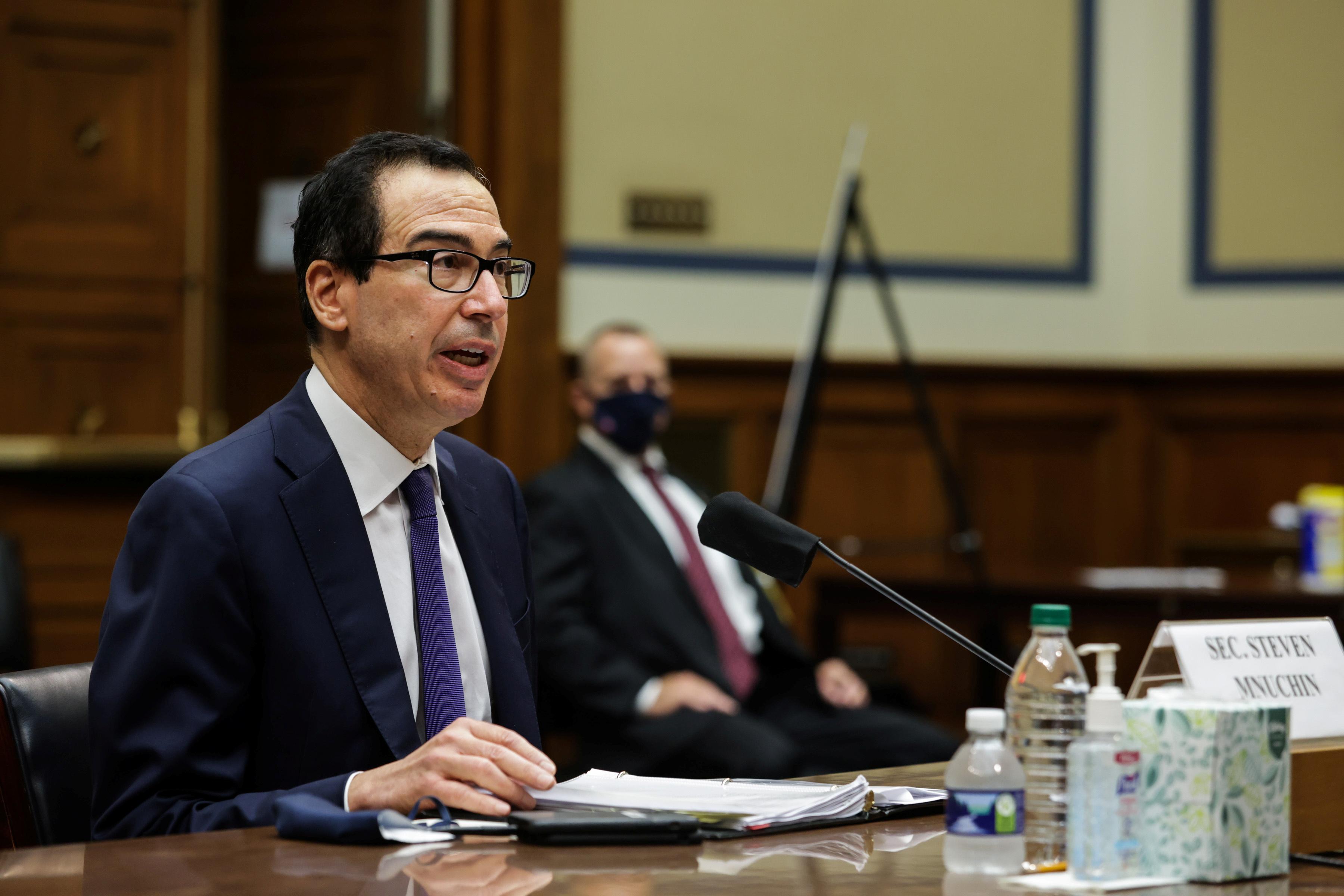 Over $1 billion from the Paycheck Protection Program (PPP) went to companies that received multiple loans, in violation of the program’s rules, the House of Representatives Select Subcommittee on the Coronavirus Crisis said.

“Taxpayers should not have to choose between quickly getting aid to those who need it and wasting federal funds. And there are simple steps that could have been taken to improve oversight and reduce fraud,” Clyburn said.

Democrats in Congress and the Trump administration have been at loggerheads over further steps to bolster the economy after Congress approved some $3 trillion in the spring to respond to the coronavirus pandemic.

Treasury Secretary Steven Mnuchin told the committee that he believed the economy was recovering strongly but said more government relief is needed. He said the administration would unveil details later on Tuesday on an effort to protect 40 million renters from eviction.

“The president and I want to move forward with more fiscal response,” Mnuchin said.

Congressional Democrats and the Republican Trump administration since early August have not been able to bridge a gap of more than $1 trillion between their proposed relief packages.

Mnuchin said he was willing to provide more money for state and local governments, a key sticking point, despite his belief that they were “hoarding” prior aid.

Mnuchin said he would call House Speaker Nancy Pelosi about the stalled talks after the hearing.

The PPP provided more than 5.2 million forgivable loans through the U.S. Small Business Administration (SBA) by the time it ended on Aug. 8. The SBA did not immediately respond to requests for comment, but its internal watchdog has also found “strong indicators” of potential PPP fraud.

The Trump administration says the PPP has saved some 51 million jobs at a time when much of the U.S. economy has been shuttered due to the coronavirus. Economists say the actual impact is far lower, likely between 1 million and 14 million jobs.

In a separate report, Republicans on the committee said PPP has seen lower levels of fraud than other large government relief programs, such as those following Hurricanes Sandy and Katrina.

The Democratic-led panel found more than 600 loans went to companies that should have been ineligible because they had been barred from doing business with the government. Another 350 loans went to contractors with previous performance problems.

Nearly $3 billion went to businesses that were flagged as potentially problematic by a government-contracting database.

Ethereum 2.0 Devs Head Back to the Drawing Board as Testnet Misses Mark
Business and Finance