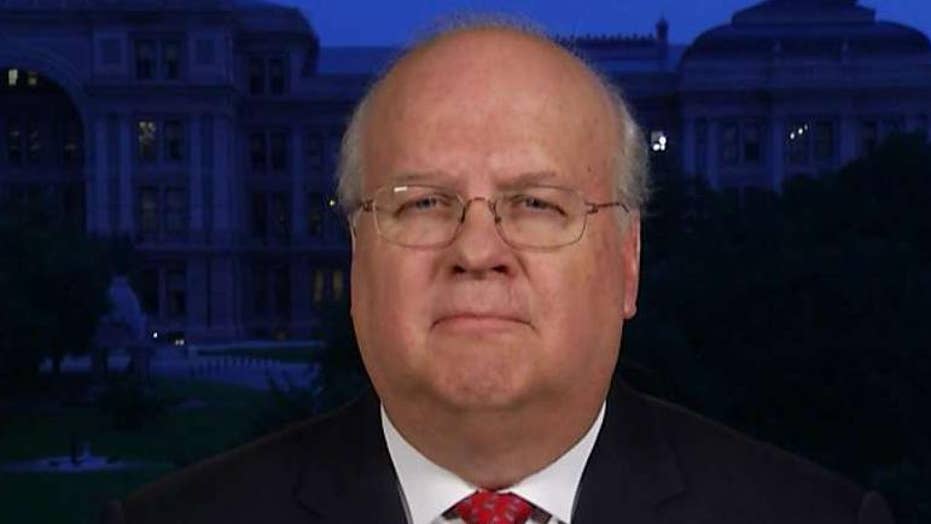 WHO Karl Rove: We should not get overconfident about 2020

Fox News contributor Karl Rove weighs in on the correlation between the booming U.S. economy and Trump’s chances at winning the 2020 presidential election.

President Trump can all but assure re-election in 2020 if he talks about "three critical things" on the campaign trail, former presidential adviser Karl Rove said Tuesday.

"Talk about your success, talk about the next step and disqualify your opponent as representing a threat to that economic growth," Rove said on Fox News' "Hannity."

Rove, who served as an adviser to former President George W. Bush, told host Sean Hannity that an incumbent president will be "punished for a bad economy" but not necessarily rewarded for a good economy if the key points aren't achieved.

Rove said former President Herbert Hoover, who held office during the Depression, was in "deep trouble" in 1932 when Democrat Franklin Roosevelt denied him a second term.

But despite Trump's economy faring far better than Hoover's, Rove said he believes Trump supporters should still "be cautious" heading into 2020 — and warned against overconfidence. He said that just because today's election models predict a Trump win, his supporters should realize that conditions can change in the months ahead — and the economy won't necessarily be the deciding factor.

"If you look at it over time, the economy and who you vote for for president is a nonlinear relationship," he said.

Hannity claimed the Democratic presidential field has moved "hard left" overall and could be helpful to Trump.

During his recent visit to Japan, Trump criticized Democratic front-runner Joe Biden, calling him "a disaster."

For his part, Biden recently criticized Trump's reaction to what has been called a white nationalist rally in 2017 in Charlottesville, Va.

“Give me a break. Enough’s enough, man. It’s nonsense. The very rally was advertised, advertised, as a white supremacist rally. Anti-Semitic chants were clear. Hatred was on the march and he knew it,” Biden charged in April.

"Where's the enthusiasm for [Biden]?" Hannity asked earlier in the show. 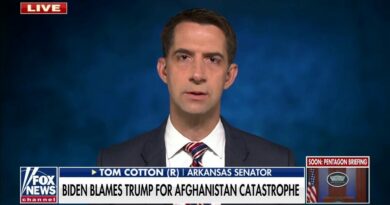 Presidential debate: What time is it, and what to watch for tonight