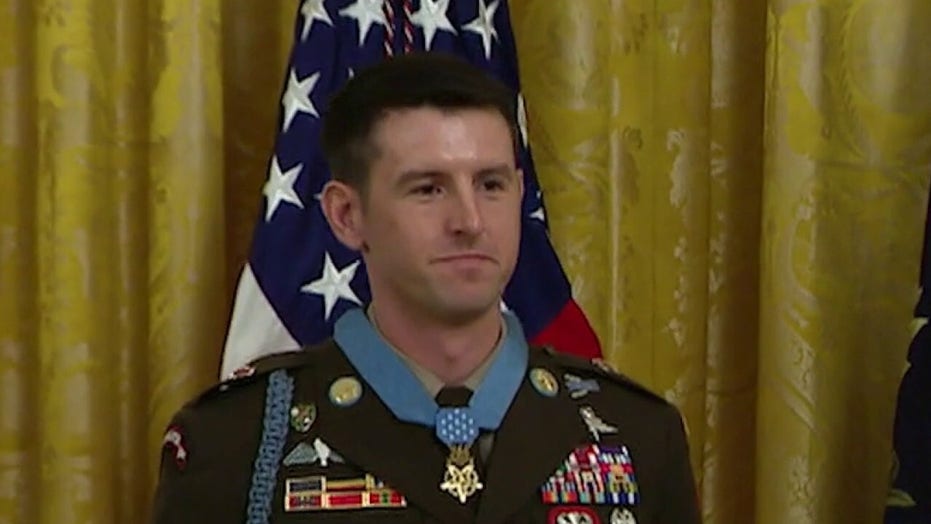 President Trump presented the Medal of Honor Friday to U.S. Army Sgt. Major Thomas “Patrick” Payne for his heroics in a 2015 daring raid that rescued 75 ISIS hostages from a prison in northern Iraq, with Trump praising him as "one of the bravest men anywhere in the world."

Trump hailed Payne's gallant and selfless efforts that led to 20 ISIS terrorists killed and saving the lives of the 75 captives. 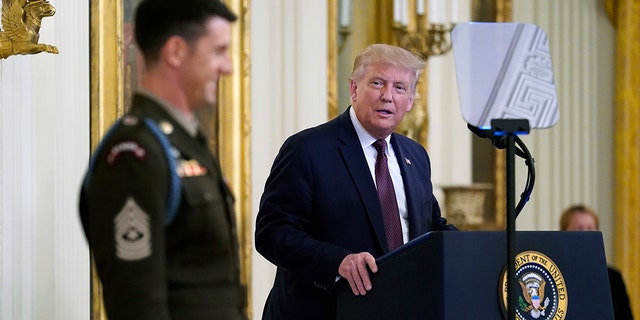 "Today he joins the immortal company of our most revered American heroes," Trump said in the White House ceremony. "Pat, you personify the motto: 'Rangers lead the way.'"

Payne, 36, is the first living member of the Delta Force to receive the Medal of Honor, the highest decoration a member of the military can be given.

Payne spoke about the life-or-death urgency of the October 2015 mission in an interview posted by the Army.

"My team was responsible for one of the buildings that the hostages were being held in," Payne said. "What was significant is that there were freshly dug graves, if we didn't action this target then the hostages will probably be executed."

As soon as Payne's team hit the ground in the Kirkuk Province, they came under heavy enemy fire. Master Sgt. Josh Wheeler, another Delta Force operator, was killed after exposing himself to enemy fire. Wheeler's widow, Ashley, attended the ceremony Friday.

After Payne and his team cleared one building – and freed 38 hostages – the sergeant responded to call for assistance in clearing another building.

Working with Kurdish forces, Payne's team pressed on and helped secure one of the largest hostage rescues in history.

"He ran right back into that raging blaze," Trump said of the dangerous rescue. "He sliced the final lock and released the rest of the hostages. As the building began to collapse, he received orders to evacuate but he refused to do so. He didn't want to leave anyone behind.

"Pat ran back into the burning building that was collapsing," the president continued. "Two more times. He saved multiple hostages and he was the last man to leave." 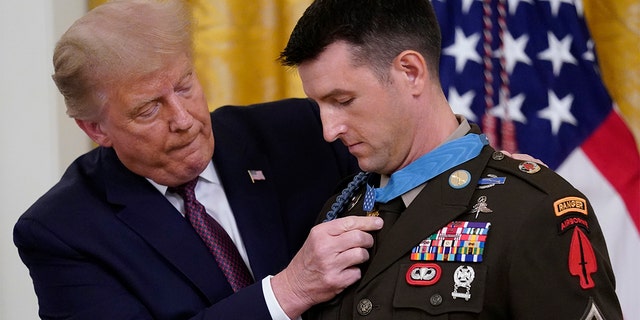 The ceremony took place on the 19th anniversary of the 9/11 terror attacks.

Part of the 9/11 generation inspired to serve his country, Payne graduated high school in South Carolina and enlisted in the Army in 2002 as an Infantryman 11B and completed the Basic Airborne Course at Fort Benning, Ga., according to the Army. He finished his Army Ranger program in 2003.

In 2012, Payne stood out in a grueling physical contest among the nation's most elite soldiers. He and his teammate won the Best Ranger Competition at Fort Benning. 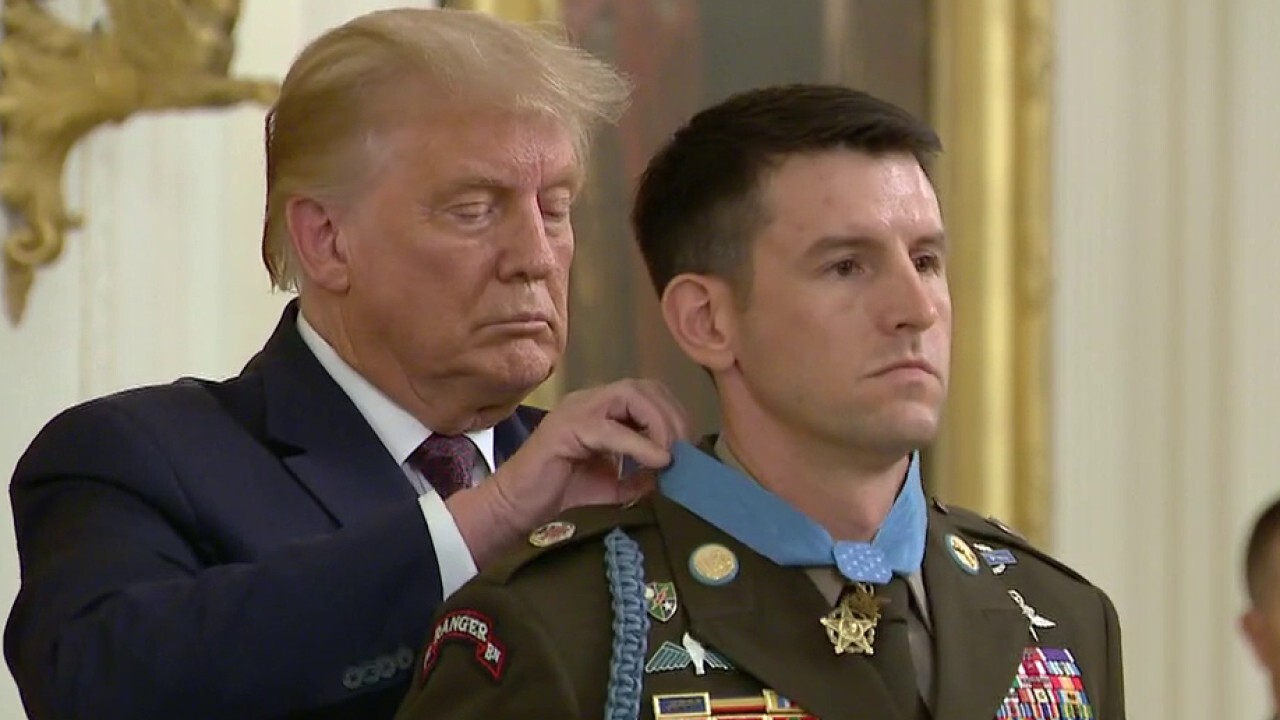 Payne was joined at the ceremony by his wife and son.

"I want you to know that your dad is one of the bravest men anywhere in the world," Trump told the 6-year-old.

Pelosi wants 'vote by mail' provisions in next coronavirus bill

Dave Portnoy Seems to Hate BTC All of a Sudden

RioDeFi Builds a Bridge to India before its long awaited IDO on Uniswap
We and our partners use cookies on this site to improve our service, perform analytics, personalize advertising, measure advertising performance, and remember website preferences.Ok