It’s been nearly three weeks since President Donald Trump has acknowledged the catastrophic wildfires burning across California and other Western states, underscoring his pattern of dismissing climate disasters in Democratic strongholds.

The environmental group Climate Power 2020 called out Trump’s silence on Thursday, noting he hasn’t mentioned the ongoing crises at any of his 46 public events or on Twitter since mid-August, when he made this suggestion to California: “You gotta clean your floors, you gotta clean your forests.” He mentioned neither climate change, a much bigger factor in these disasters, nor the fact that many of the state’s biggest blazes have burned on federally managed land.

“President Trump’s silence and complete disregard for the millions of people at risk is horrifying,” Climate Power 2020 Executive Director Lori Lodes said in a statement. “It shouldn’t matter if it’s a red state or a blue state, the president should be above politics in moments of crises. He calls climate change a ‘hoax’ when we can all see our nation is burning. Voters see through his BS.” 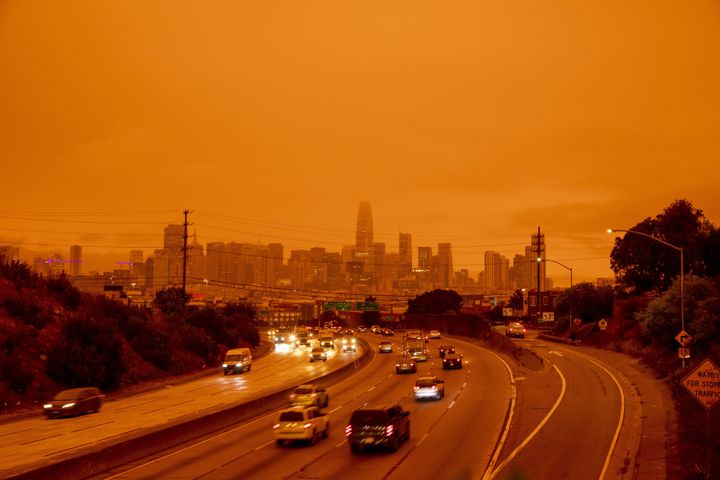 Fires raging across 13 states have burned an area nearly the size of Connecticut. In Oregon, five entire towns have been destroyed. In California, recent wildfires have pushed the number of acres burned this year past 2 million, nearly a 2,000% increase in land burned by this time last year.

Trump hasn’t said a word about those figures, not even during a Tuesday speech he spent touting his environmental record, which has mostly involved rolling back any major efforts in the fight against climate change.

His silence on natural disasters in California and neighboring blue states isn’t shocking. As HuffPost’s Chris D’Angelo has pointed out, his administration typically rolls out the red carpet for red states weathering a climate crisis but makes threats against Democratic ones.

Compare his silence on the wildfires to these remarks he made in March 2019, when a swarm of deadly tornadoes ripped through Alabama, one of the states that helped elect him: “FEMA has been told directly by me to give the A Plus treatment to the Great State of Alabama and the wonderful people who have been so devastated by the Tornadoes,” he boasted on Twitter.

The former chief of staff of Trump’s Department of Homeland Security, Miles Taylor, said last month that revenge against blue states was part of the Trump playbook.

“The California wildfires,” Taylor gave as an example. “On a phone call with the Federal Emergency Management Agency, he told FEMA to cut off the money, and to no longer give individual assistance to California. He told us to stop giving money to people whose houses had burned down from a wildfire because he was so rageful that people in the state of California didn’t support him, and that politically it wasn’t a base for him.”