WASHINGTON (Reuters) – As President Donald Trump girds for a U.S. Senate impeachment trial, he is entrusting the future of his presidency to someone widely known as a shrewd negotiator who also plays hardball politics at a level unusual even by Washington standards. 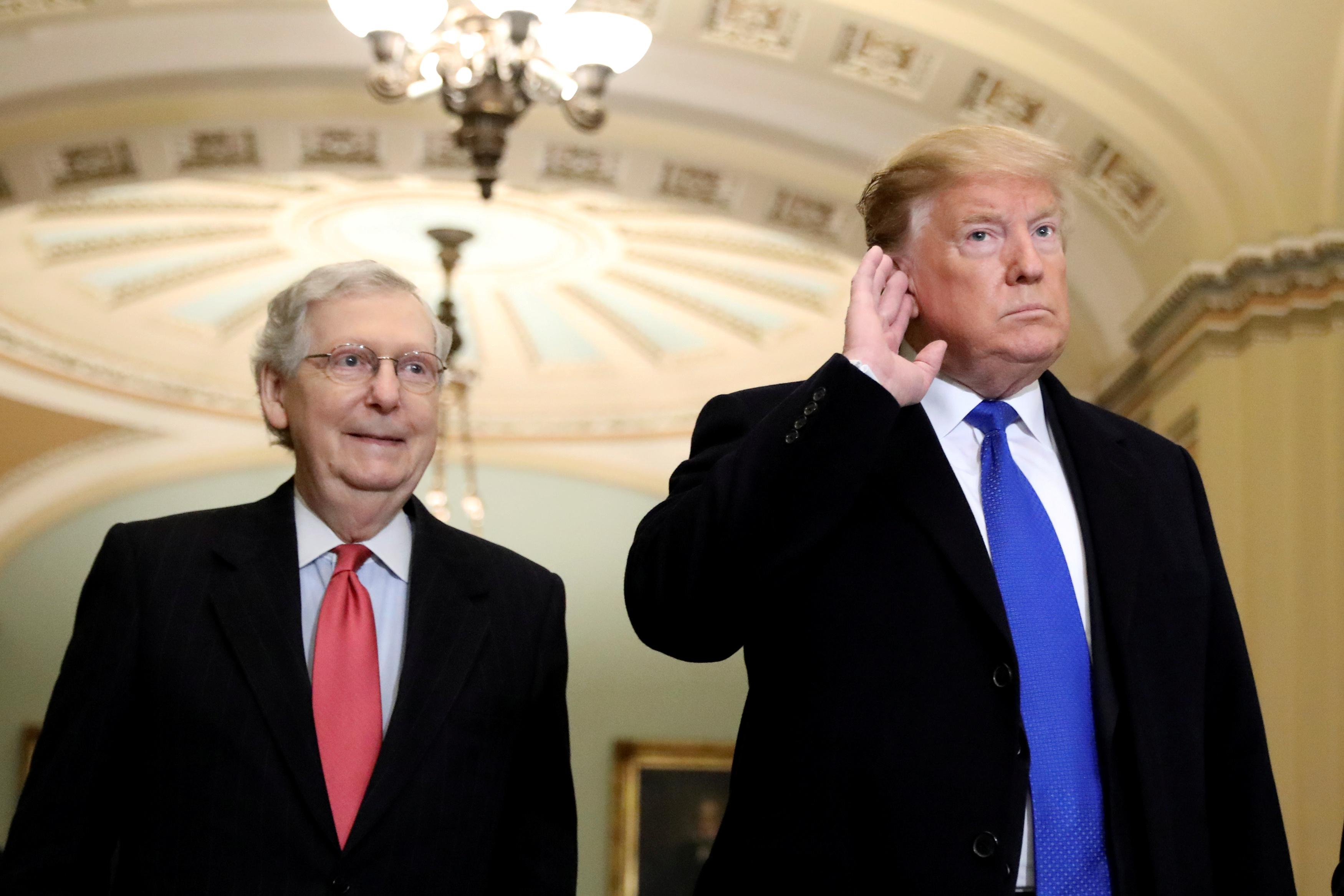 Senate Majority Leader Mitch McConnell, a self-proclaimed “Grim Reaper” who long has stood in the way of Democrats’ initiatives, is embracing that role as he suits up for an impeachment trial next month.

Even before it has gotten off the ground, McConnell, the top Republican in Congress, has said there is no chance Trump, his party’s leader, will be convicted on charges that he abused his office and obstructed a congressional investigation into his conduct. On Wednesday, the Democratic-controlled House of Representatives formally impeached Trump.

In coming days, McConnell is expected to engage Senate Democratic Leader Chuck Schumer in negotiations on how Trump’s Senate trial should be conducted, including on the question of whether witnesses should be called to testify. The two leaders declined to comment for this story.

When McConnell takes a stand, he is difficult to move, said Dick Durbin, the Senate’s number two Democrat.

“He only moves if he’s personally concerned about his own re-election or the election of his majority,” Durbin told reporters on Tuesday, while noting, “2020’s an election year.”

Trump, 73, regularly telephones McConnell, according to a former aide to the senator. On the surface, the 77-year-old six-term senator from Kentucky could not be more different from Trump.

Trump, a former reality television star and real estate entrepreneur, rarely misses opportunities to boast about himself and attack opponents or critics with Twitter posts.

The laconic McConnell eschews Twitter, sometimes sits silently listening in meetings, according to those who have attended, and can repel reporters’ questions by refusing to utter a syllable.

“As he sometimes says, he likes to allow himself the luxury of the unexpressed thought,” said Rohit Kumar, who worked for McConnell from 2007-2013 and was a deputy chief of staff.

Trump and McConnell do share some traits, even as the senator tries to tamp down the president’s inclination for high drama. Both seize key moments to flex their muscles in a way opponents say unduly stretches the bounds of their powers.

Trump, for example, funded construction of some U.S.-Mexico border wall by taking money already dedicated to other programs, an unusual step by a president in defiance of Congress.

In February, 2016, McConnell enraged Democrats by refusing to consider then-President Barack Obama’s choice of federal Judge Merrick Garland to serve on the Supreme Court following the death of conservative Justice Antonin Scalia. Had Garland been confirmed by the Republican-controlled Senate, he would have tipped the court in a liberal direction.

For all of his legendary doggedness, Democrats think McConnell at times can be pressured into bending. Earlier this year, for example, he chafed when Democrats branded him as “Moscow Mitch” for blocking additional election security money. Shortly afterward, the added funds flowed through the Senate.

Brian Fallon, a former aide to Schumer, said in past negotiations, McConnell has shown an “intricate knowledge” of congressional procedure and the ability to cut deals with Democrats, but in a way that they get blamed if voters do not respond well.

Kumar said that McConnell’s reserved style, punctuated by extra pauses of silence, can force those sitting across the negotiating table to fill the uncomfortable void by tipping their hands.

People are “endlessly vexed by McConnell’s patrician, silent nature. He doesn’t need to fill the silence with his own voice,” Kumar said.

McConnell has had frosty relations with Schumer and his predecessor, Harry Reid, a former boxer.

One former senior Senate Democratic aide said that when Reid and McConnell were thrown together in a room, small talk about baseball was the only “safe” territory for two men who never found a path to a good working relationship.

McConnell already has telegraphed that if negotiations with Schumer sputter, he could embark on another power play by finding 51 votes – a simple majority of the Senate – to end the trial in its early stages and acquit Trump without witness testimony.

Both McConnell and Schumer served in the Senate during Bill Clinton’s 1999 impeachment trial – McConnell voted to convict the Democratic president and Schumer voted to acquit.

Republican Senator James Lankford said living through those battles should help them fashion a settlement on conducting a trial.

“There’s a handful of people who have been here before, seen impeachment up close and personally. It’s not a theory for them. There’s only been two of these (previously) in the history of the country and they were in one of them,” Lankford said.

Jesse Watters: Pelosi 'throwing the left a bone' with reported comment she wants to see Trump in 'prison'