Home » Vaccine passports are spreading across the world. Here's how they could work in the US 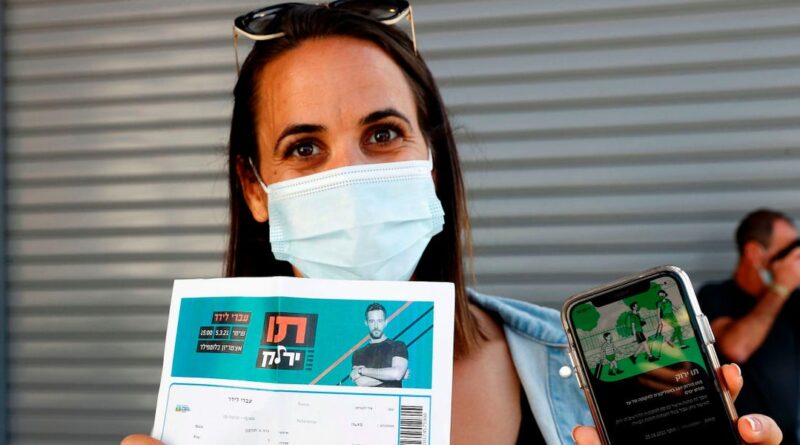 Vaccine passports are set to become a part of everyday life right across the world as governments race to vaccinate their populations against the coronavirus.

Countries including Israel, the United Kingdom, and much of Europe have either already rolled out a vaccine passport scheme or are actively working on one.

While the US government says it won’t introduce federally mandated vaccine passports, it does look increasingly likely that many restaurants, gyms, sports stadiums, and other venues will require such a document to prove they have been vaccinated against COVID-19 and they may also be required for international travel.

One model the US government and businesses could look to is Israel, which has led the world both in terms of vaccinating its population and in introducing a vaccine passport scheme.

Here’s what their scheme can tell us about how vaccine passport systems might work in the US.

How do vaccine passports work?

In return, they were issued with a “green pass.” The pass can be displayed on a mobile phone as a QR code or as a printed physical document.

Who is eligible for a passport?

Where does a the pass allow you to enter?

What does a vaccine passport mean for travel?

Schneider said the public reaction to passports had been positive, where people felt it had “added” to their freedom.

Counterfeit vaccine passports could be a problem

The QR codes which the green pass scheme relies on are easily counterfeited and a black market for forged passports has reportedly emerged already on Telegram, the encrypted chat app.

According to Ran Bar-Zik, a cybersecurity expert in Israel, “there are tens of thousands faking” green passes. His comments were cited by the Times of Israel.

Another issue is that the scheme relies on a centralized database, the Telegraph reported. That means everyone’s personal information is kept in one place, creating a potential goldmine for hackers.

However, a spokesman for Israel’s health ministry said the early versions of Israel’s green passes had been developed quickly and new versions would be more secure.

“We are looking into implementing a secure barcode that will be internationally accepted,” a spokesperson for the Health Ministry told Israeli broadcaster Channel 12 in March.

Jeremy Hunt lobbied on behalf of businessman who later gave his campaign £10,000

From DNC emails to hush money payments: What did Cohen say?