WASHINGTON (Reuters) – Democrat Elizabeth Warren outlined on Tuesday how, if elected to the White House, she would on the first day of her presidency cancel federal student loan debt by using the Department of Education’s pre-existing authority. 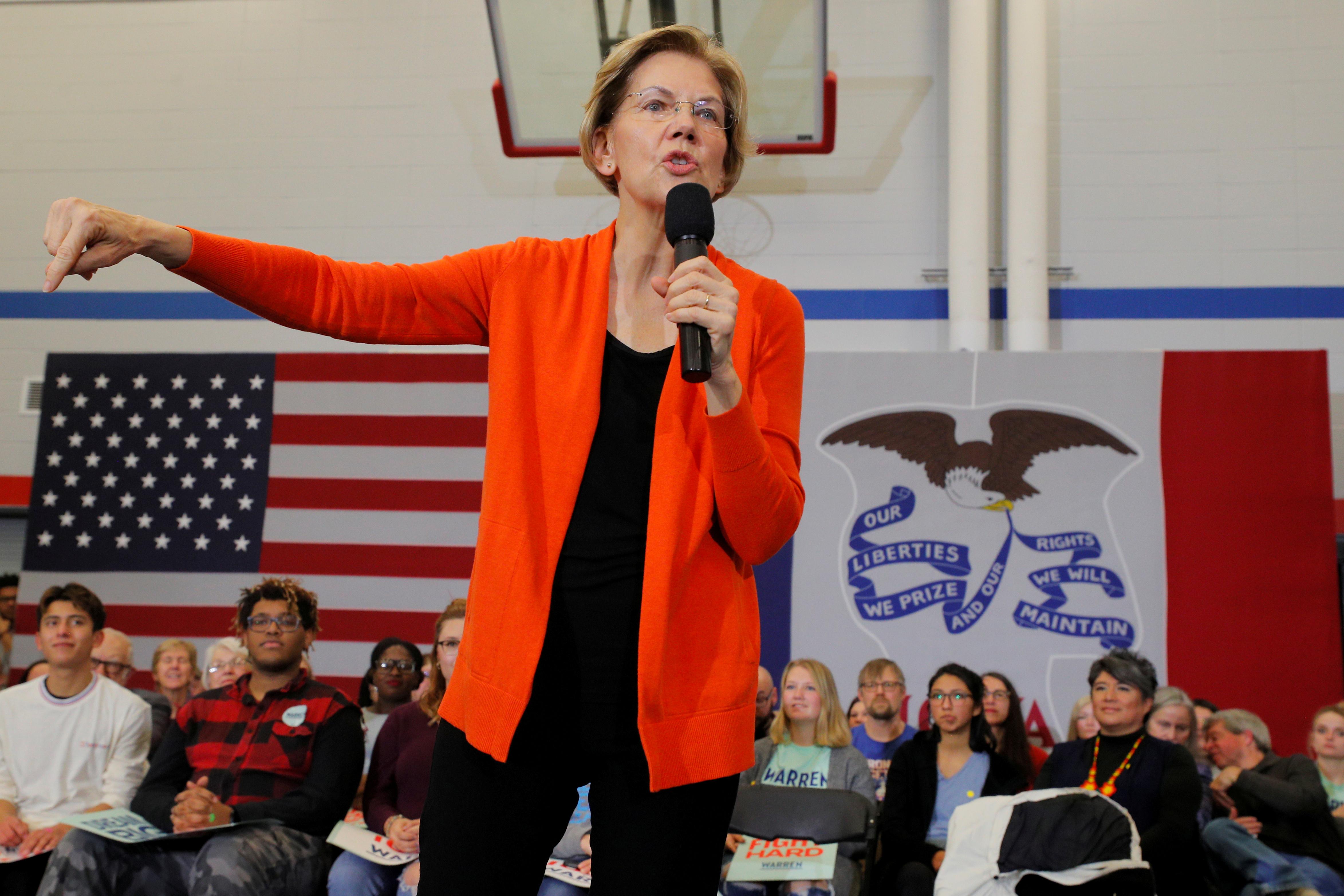 Warren had previously called for the cancellation of up to $50,000 in student loan debt for each of about 42 million borrowers, but had not outlined the specific steps she would take or the timing.

Warren, writing on the website Medium, said that she would act without waiting for Congress because the Secretary of Education can “use its discretion to wipe away loans even when they do not meet the eligibility criteria for more specific cancellation programs.”

Her campaign offered a letter from experts at Harvard Law School’s legal services center that concluded her plan “calls for a lawful and permissible exercise of the Secretary’s authority under existing law.”

Warren, a U.S. senator from Massachusetts, detailed her latest proposal ahead of the seventh Democratic presidential debate on Tuesday evening, when she will be one of six candidates on stage.

Twelve Democrats remain in the nominating race to take on President Donald Trump in November 2020. National opinion polls show Warren in the top tier but trailing former Vice President Joe Biden and fellow U.S. Senator Bernie Sanders. She has attempted in recent weeks to regain the momentum her campaign showed during the summer, with nominating contests set to begin in Iowa in early February.

Throughout her year-long presidential campaign, Warren has emphasized affordable college tuition as a way to reduce economic and racial inequality. In April, she rolled out a comprehensive plan to cancel $50,000 in student loan debt for borrowers with annual household incomes below $100,000, with some cancellation for those with household incomes between $100,000 and $250,000.

Warren said on Tuesday that the Higher Education Act, a law passed in 1965, gives the Education Department the ability to act as a “safety valve” for federal student loan programs.

Just 43% of students who attended two-year public colleges and 34% who attended for-profit colleges that began loan repayment in 2011 had begun paying down the principal after five years, Warren said.

ConsenSys to Build Global Trade Platform for Agribusiness Giants
We and our partners use cookies on this site to improve our service, perform analytics, personalize advertising, measure advertising performance, and remember website preferences.Ok