Bitcoin is once again testing the $10,700 level of resistance after witnessing a 0.8% drop in the afternoon session. However, with an overall upward trend maintained another price surge could be expected.

Dash maintained a neutral view, as consolidation possibilities became clearer from its technical indicators that may hold true for the next few days.  In the case of FTX Token, a drop below its current support level seemed likely, strengthening the selling pressure. 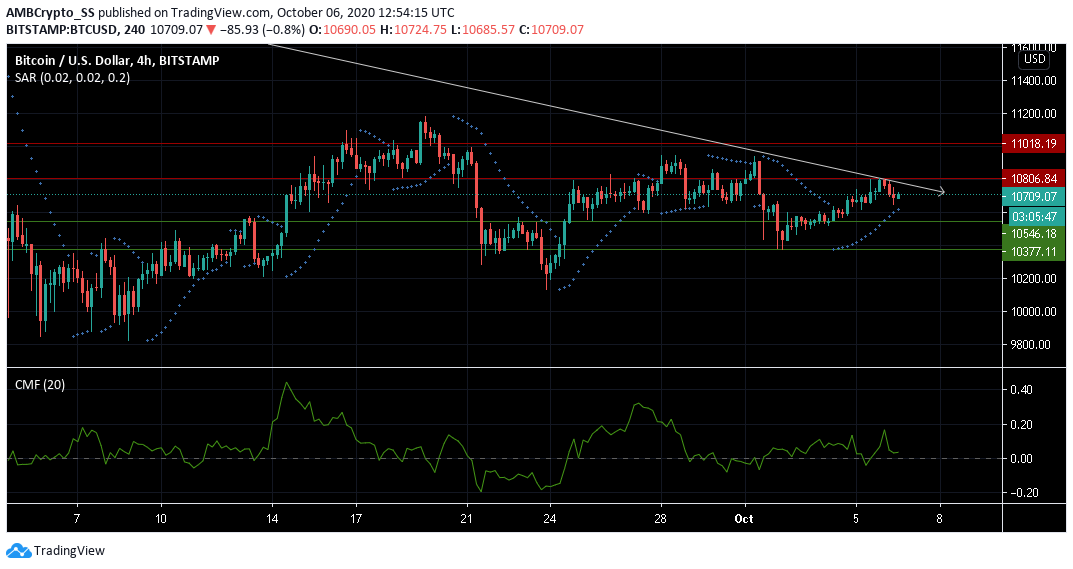 Bitcoin was maintaining an upward price trend, with a possibility of a reversal at the pivot level of $ 10,700. Its Parabolic SAR was below the price candles signaling the cryptocurrency was heading towards a continued uptrend, however facing stiff resistance at $10,806.84 level.

The Chaikin Money Flow indicator (CMF) rose above the zero line after dipping for the first time since the start of October.

This was a sign that the capital coming into the Bitcoin market was more than the capital leaving the market. And as mentioned earlier, the capital inflow may induce a buying sentiment as the price of Bitcoin further starts to rise from the current pivot level of $ 10,806.84

In other news, Bloomberg analyst Mike McGlone has predicted that the price of Bitcoin will hit $100,000 by 2025. McGlone premised his argument on past bitcoin trends, and on the basis of demand and adoption increase as per the supporting report. 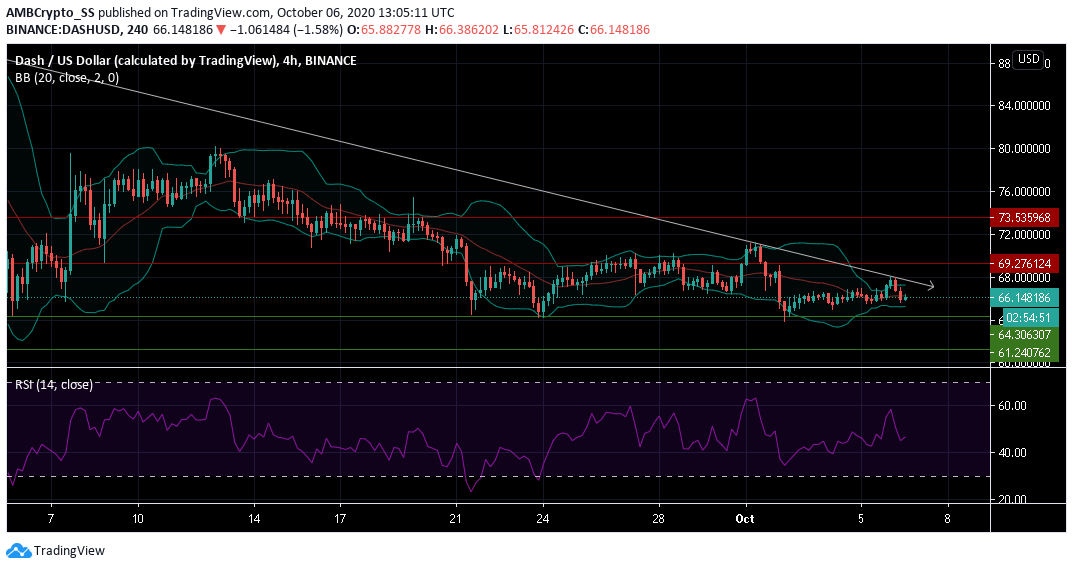 The last traded price of DASH at press time was $ 66.14, the digital asset was in a downtrend and was hovering just above its immediate support level of $ 64.30

The Relative Strength Index (RSI) has also seen a short decline in levels, and at press time was below the neutral level, indicating just a hint of selling pressure.

Drawing inferences from another technical indicator, the convergence of Bollinger Bands also suggested a fall in volatility.

For DASH there exists a weak probability for a fresh medium-term trend to continue, after the week-long consolidation of prices just above its immediate support level, and may be seen in the range between $ 65-66 over the next few days. 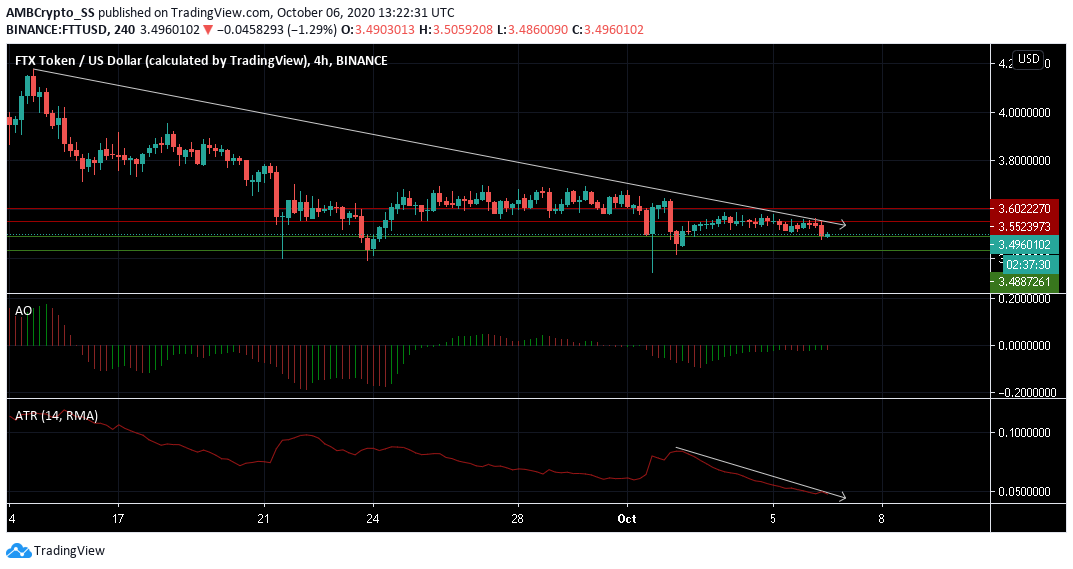 The current price levels were also marked by a low level of market volatility, as per the indications from the Average True Range, which is currently near the bottom.

The correction can, however, also evolve into a further downtrend, as the Awesome oscillator indicated a neutral market momentum, with the short-term prices trending lower than the long term.

The current levels of volatility however were not strong enough to push the prices into a bullish zone, and a retest of the immediate support level at $ 3.48 could further lead to the current scenario turning bearish.

If History Rhymes, Bitcoin Will Soon Rocket Into a Full-Blown Bull Run