Bitcoin SV showed some volatility in the near-term but has been trending higher and could continue to do so provided the bullish sentiment around Bitcoin doesn’t drastically shift. Tron was on a downtrend and could be set to lose a level of support in the coming days. Algorand made strong gains recently 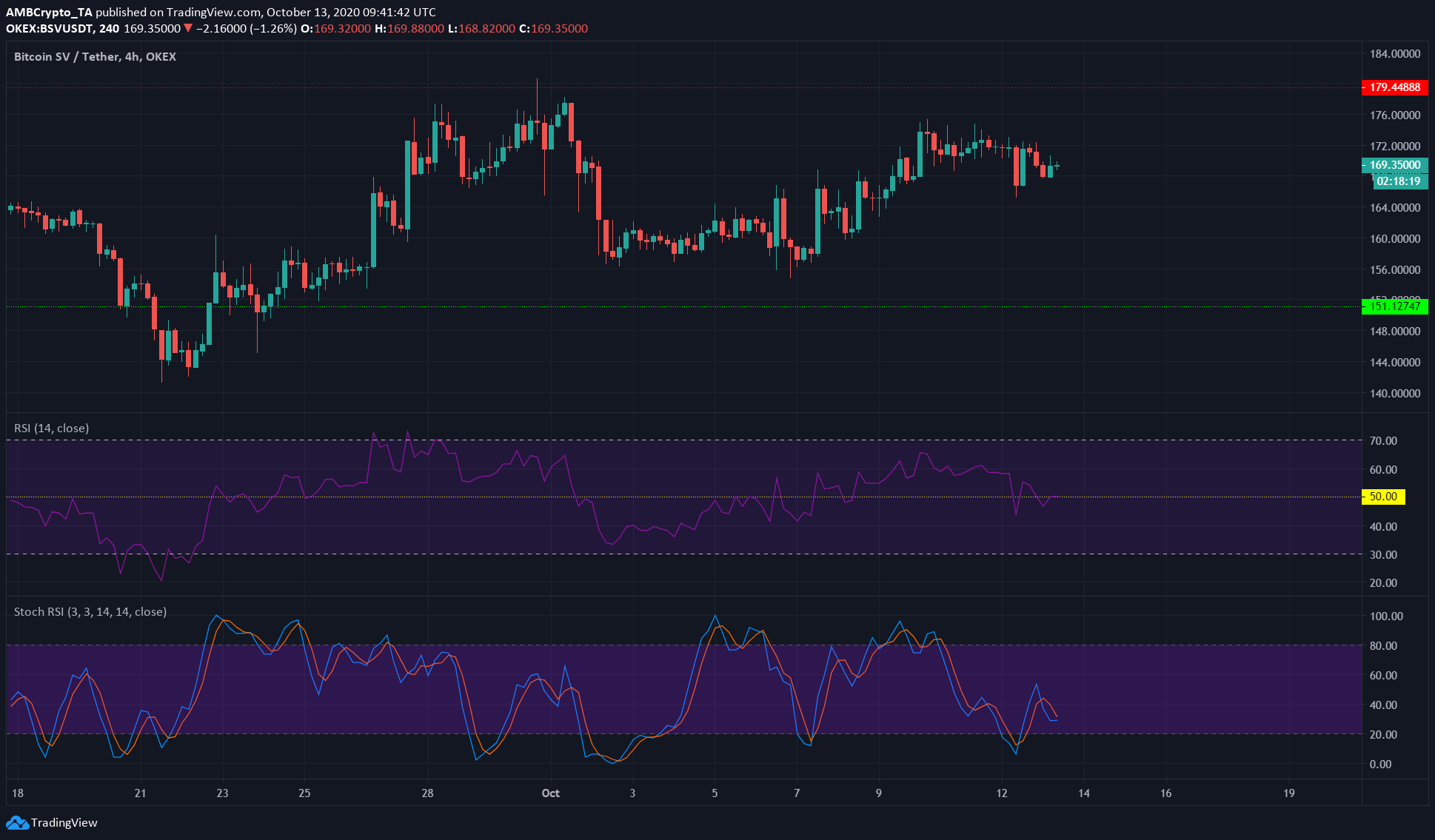 In the short-term, Bitcoin SV was making good progress toward testing $179 resistance. It has registered higher lows in the past few weeks and could be set to continue the trend.

The RSI oscillated about 50 in the past couple of days, indicating some indecision and volatility in the market. The Stochastic RSI showed overbought conditions a few days ago and precipitated a 3.75% drop over the following day, and the indicator was reset to oversold.

Analysis of a longer time-frame, some volatility could be possible for the asset but with the general direction being upward. 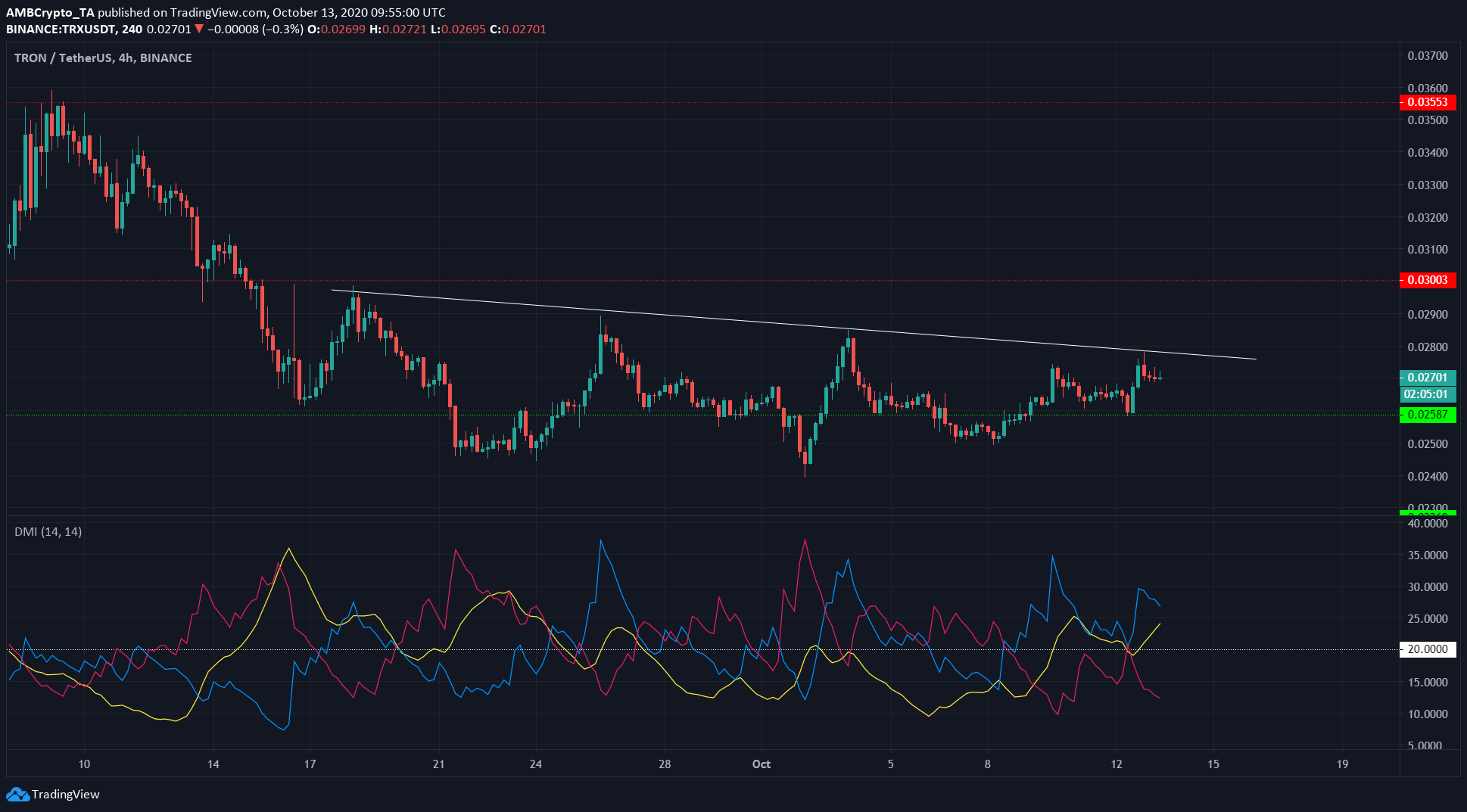 Tron has been setting lower highs since the surge in early September. The coin continued to trend lower since mid-September, although the trend was not as strongly downward as priorly.

$0.025 region of support has been tested multiple times in the same time period, with each bounce off the level being weaker than the last. This suggested that the level of support was likely to be flipped to resistance in the next few days.

The Directional Movement Index showed that a strong bullish trend was in progress as the ADX (yellow) was above 20 alongside +DMI (blue). This came on the back of a 7.21% spike for the asset.

Only the close of multiple successive trading sessions above the white down trendline can be taken as conclusive proof for a change in trend for TRX in the short term. 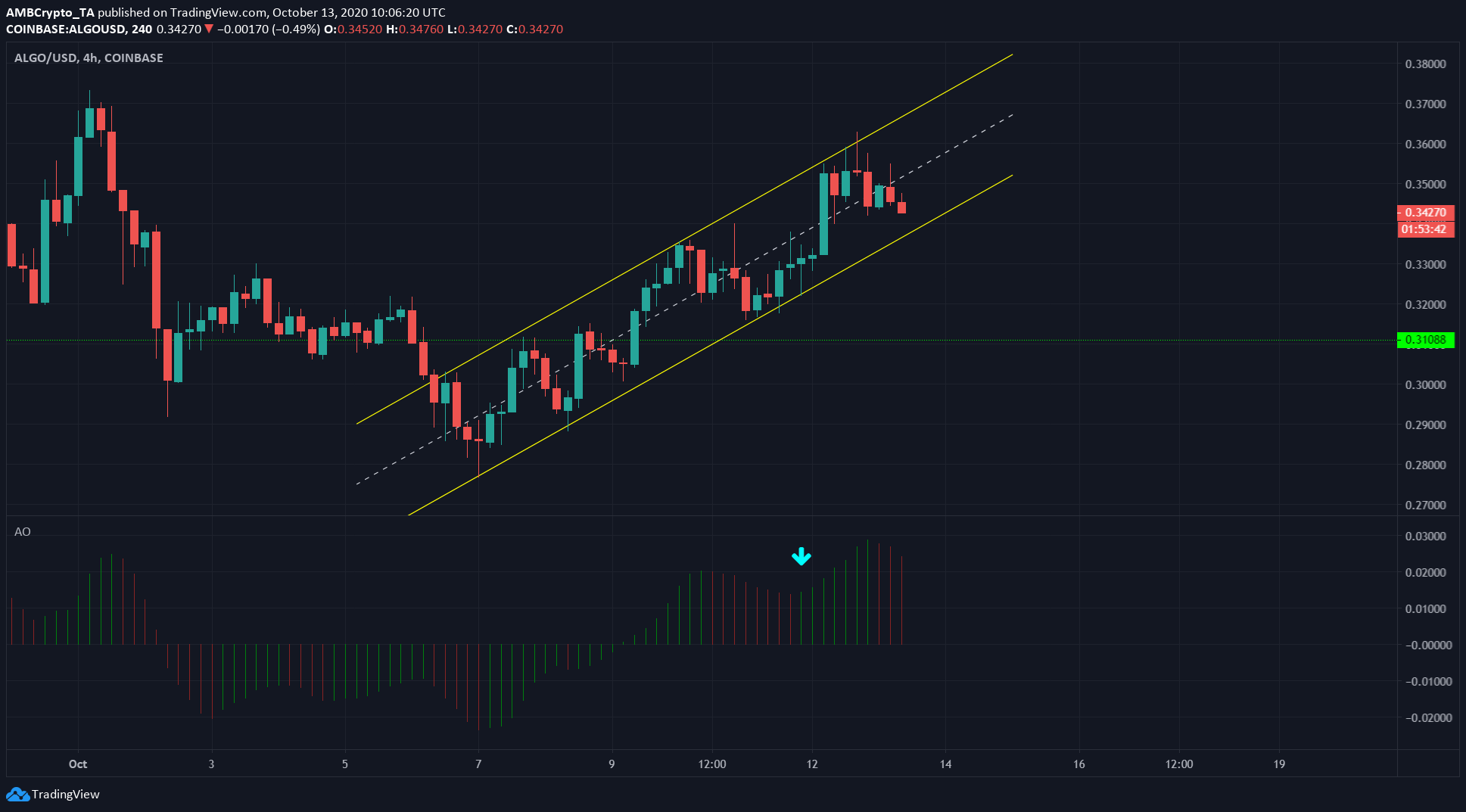 Algorand was moving in an ascending channel (yellow). A long (buy) signal was generated on the Awesome Oscillator, shown by the cyan arrow, whereupon ALGO rose to knock at the channel’s upper trendline before facing selling pressure.

At press time, the price was beneath the mid-point of the channel. A close outside the channel could lead to a period of consolidation or even a drop to support at $0.31.