A swirl of bullish momentum was seen in the entire crypto market as each of the top 15 cryptocurrencies recorded gains in the last 24 hours.

For COSMOS and DASH, the rally displayed impressive bullish sentiment, while Chainlink displayed bearishness, as its recovery attempt to gain positive momentum remained rather sluggish. 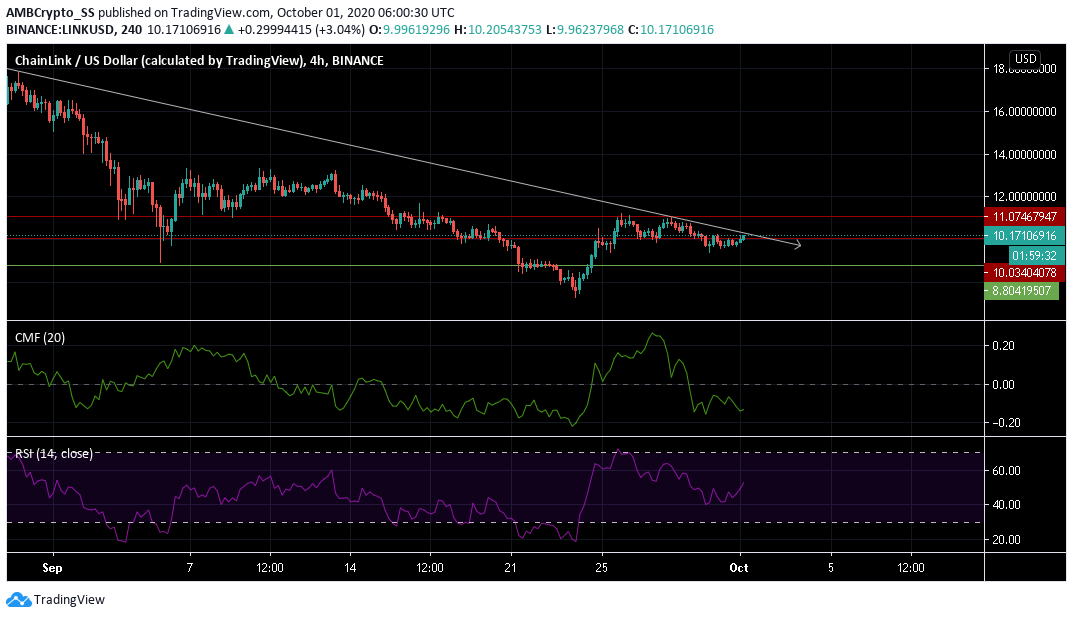 A break below its current resistance level at $10.03 may potentially cause the cryptocurrency to dive back towards its recent $9.3 lows which were seen a couple of days back. With the recent double top-formation, a bearish reversal at the $ 10.03 level is likely to unfold in the short-term period.

Chaikin Money Flow index is well below the zero line, was also indicating that capital outflows were much higher than capital inflows, a sign of selling pressure.

Relative Strength Index, on the other hand, witnessed a rise in its levels, just below the neutral zone at 49, however, it has a long way to go before it breaks out of the current bear-trend, which may only be invalidated if LINK climbs past a crucial pivot level of $10.51 in the next few days. 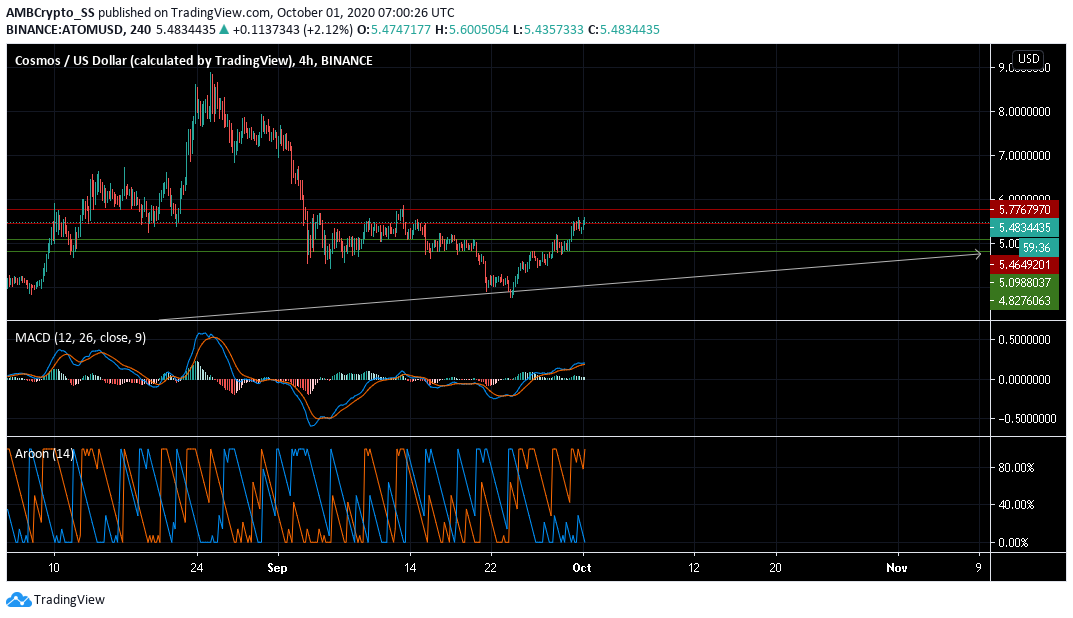 Cosmos (ATOM) had breached two important support levels of $4.82 and $5.09 and seemed to gain further momentum as it gained another 2% since yesterday. At press time ATOM was being traded at $5.483.

Investors now need to closely watch how the digital asset responds to the $5.5 pivot level in the next few days, as a failure for it to surpass this level could be a sign of weakening bullish sentiment.

However, a flip above the immediate resistance level of $5.46, seemed to be taking place and with a noticeable trend of higher highs above this level, will further solidify ATOM’s bullish momentum.

MACD continued to be in bullish territory, the minor dip recently, could continue if bulls fail to maintain a buying momentum.

The Aroon indicator was also bullish with the Aroon Up (orange) lying above the Aroon down (blue) depicting a sentiment of buying pressure. If bulls continue to have an upper hand, ATOM could potentially continue rising above its resistance of $5.46. 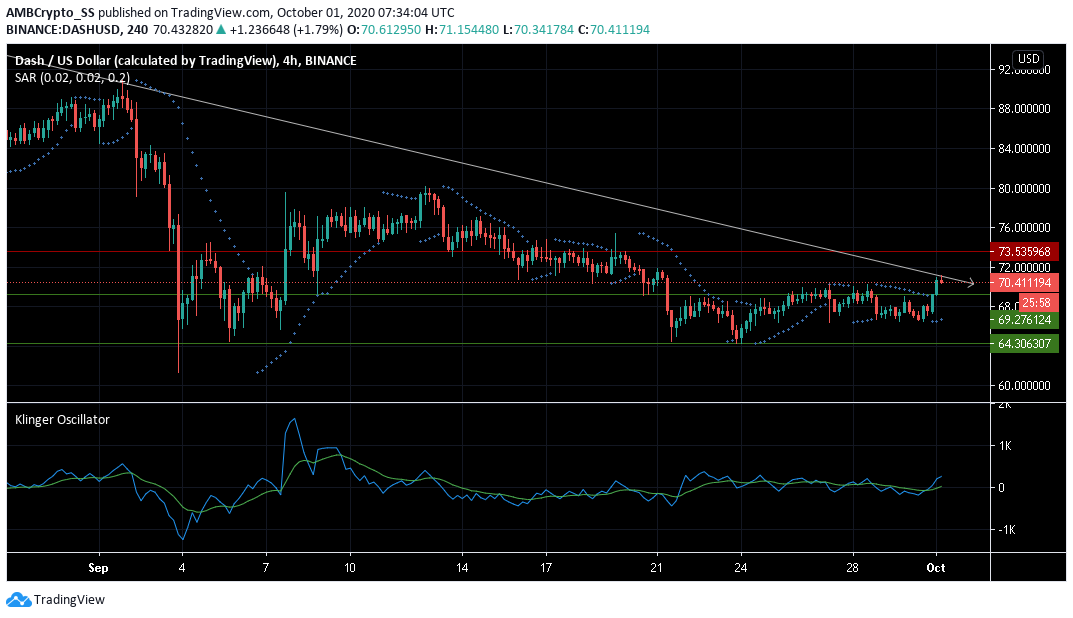 DASH at the time of writing was trading at $70.41. The Klinger Oscillator above the signal line signaled a bullish crossover following a recent price surge of almost 7.5% in the last 24 hours.

This essentially indicated that the bulls have been strongly pushing the price above the support level of $69.27. The dotted lines of the Parabolic SAR below the candles also supported a potential upward price movement.

Retesting the current support level, however, might hint towards a trend reversal, and reduce the probability of a further price rise above the recently breached level of $69.27

Are TRX Prices Dumping Because “Changpeng Zhao and Justin Sun are Scheming”?