Crypto.com Coin was ambivalent at press time, with no overall direction to its movement in the past few days. This could change in favor of the bears shortly. Stellar Lumens formed a bullish pattern and could have the bullish momentum to flip resistance in the next few hours. Synthetix Network Token showed bearishness and was likely to be headed downward. 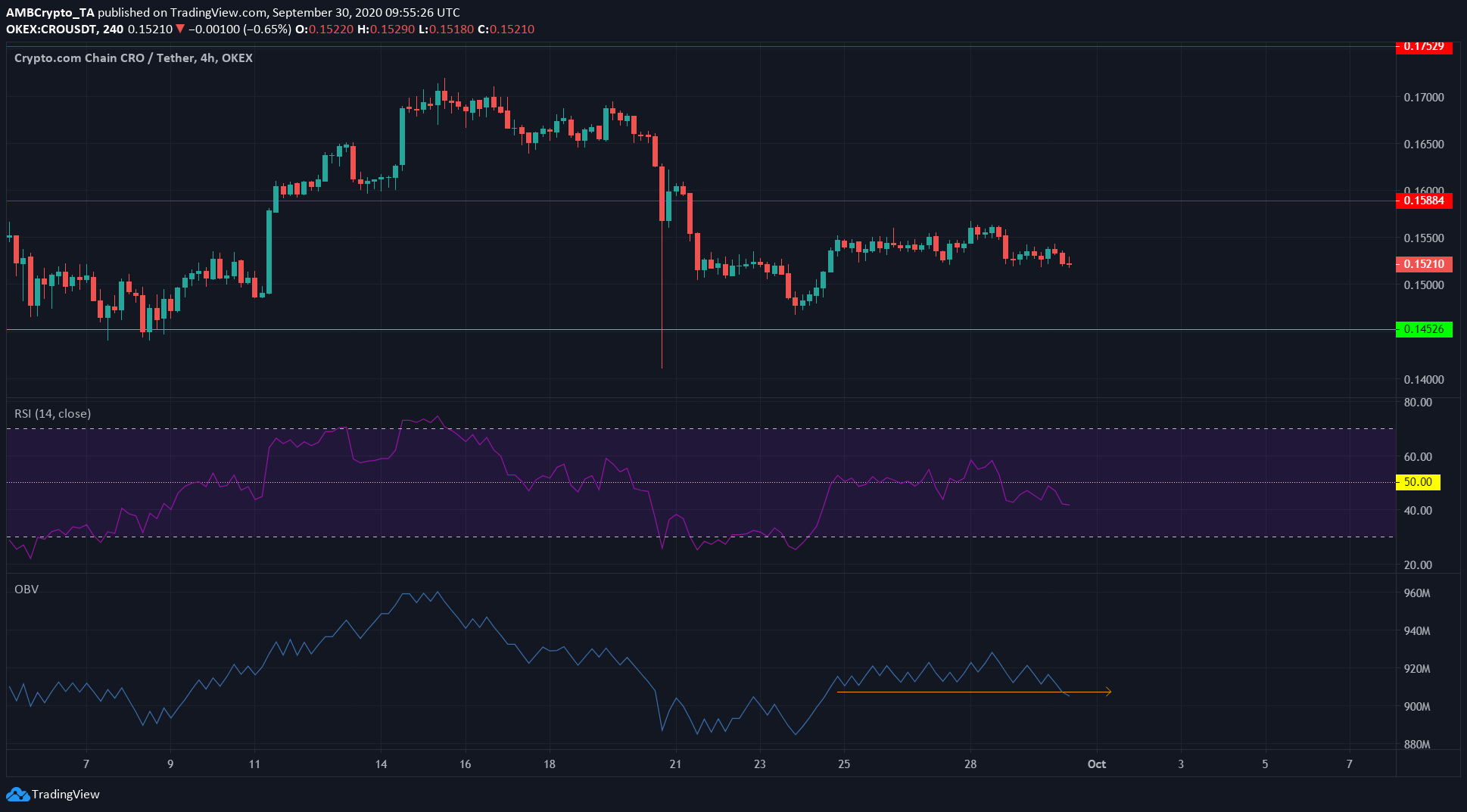 Crypto.com Coin did not exhibit momentum in the market. As shown by the OBV (in orange), the buying and selling pressure has balanced each other out and showed no prevailing trend over the past few days.

The RSI dipped beneath neutral 50, and showed a value of 42 at press time. The past two weeks have seen the asset’s RSI display choppiness around the neutral 50 line.

Hence, it can be concluded that CRO would see no overall trend in the next few trading sessions, or might be poised for a drop to support level if the price closed beneath $0.150. 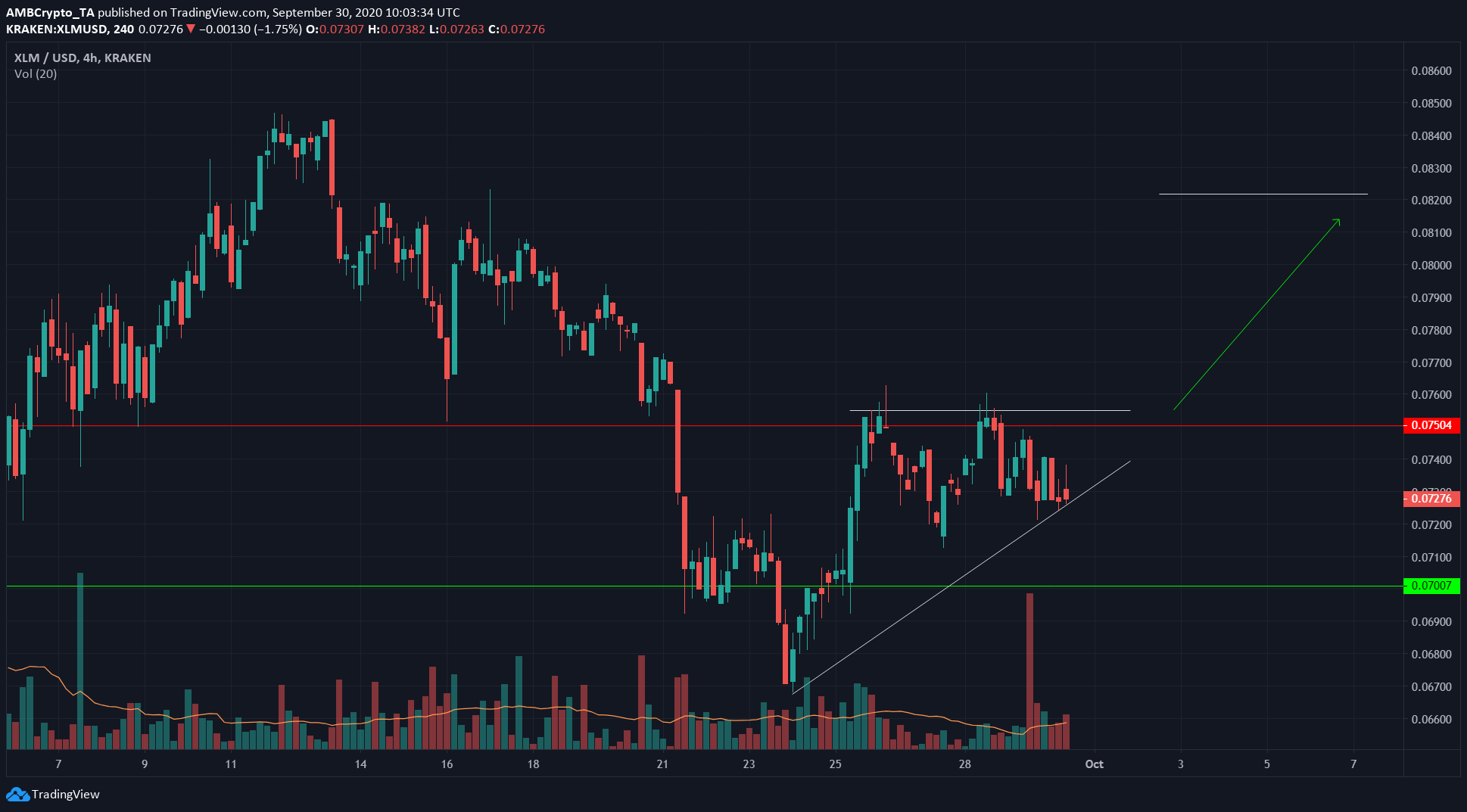 Stellar Lumens appeared to be forming an ascending triangle pattern. This pattern generally results in a break out upward by the asset, although there is also a good chance the pattern would see a failed break out.

If the price broke past the level of resistance on a trading session with good trading volume, it is likely that XLM surges toward $0.082 in the next few days.

If XLM closed a session beneath the ascending trendline, the pattern can be considered to be invalidated.

Another thing to note is the spike in selling pressure on the 28th. Such a volume spike in this pattern is an anomaly. Yet it should be remembered that Bitcoin crashed from $10,860 to $10,630 in the same trading session, which could have resulted in a volume spike. 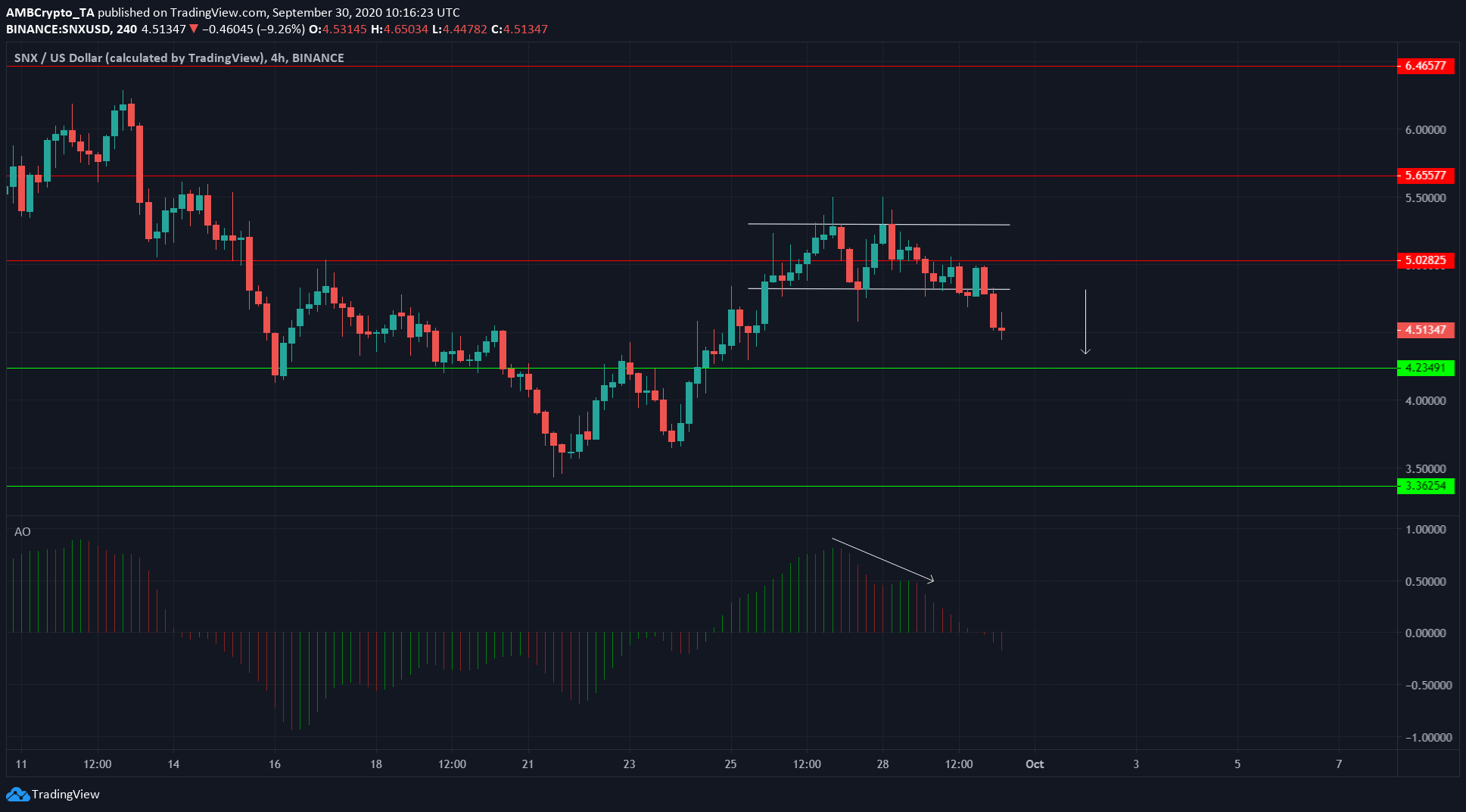 On the 4-hour charts, SNX formed a double top, technically known as the Adam and Adam double top. The valley between the peaks was almost 10% lower than the highs as well, further validating the pattern.

SNX closed beneath the valley, and was likely to experience another 10% drop in the coming days. This would take the price to the support level at $4.2.

In other news, Synthetix Network was working on rolling out scaling solutions. The aim was to combat the issues of congestion faced by the Ethereum network, evidenced by the high gas fees.

Where to buy bitcoin mining hardware?