The figures for Bitcoin flowing into exchanges were below their 90-day average this week, with a drop in supply seen as a bullish sign for the world’s largest cryptocurrency.

Further down the crypto-ladder, however, EOS could not hold on to the recent gains it made, while Algorand was forced to drop to a region of support. Compound faced overwhelming selling pressure, although it might be able to register gains of a few percentage points in the next few hours. 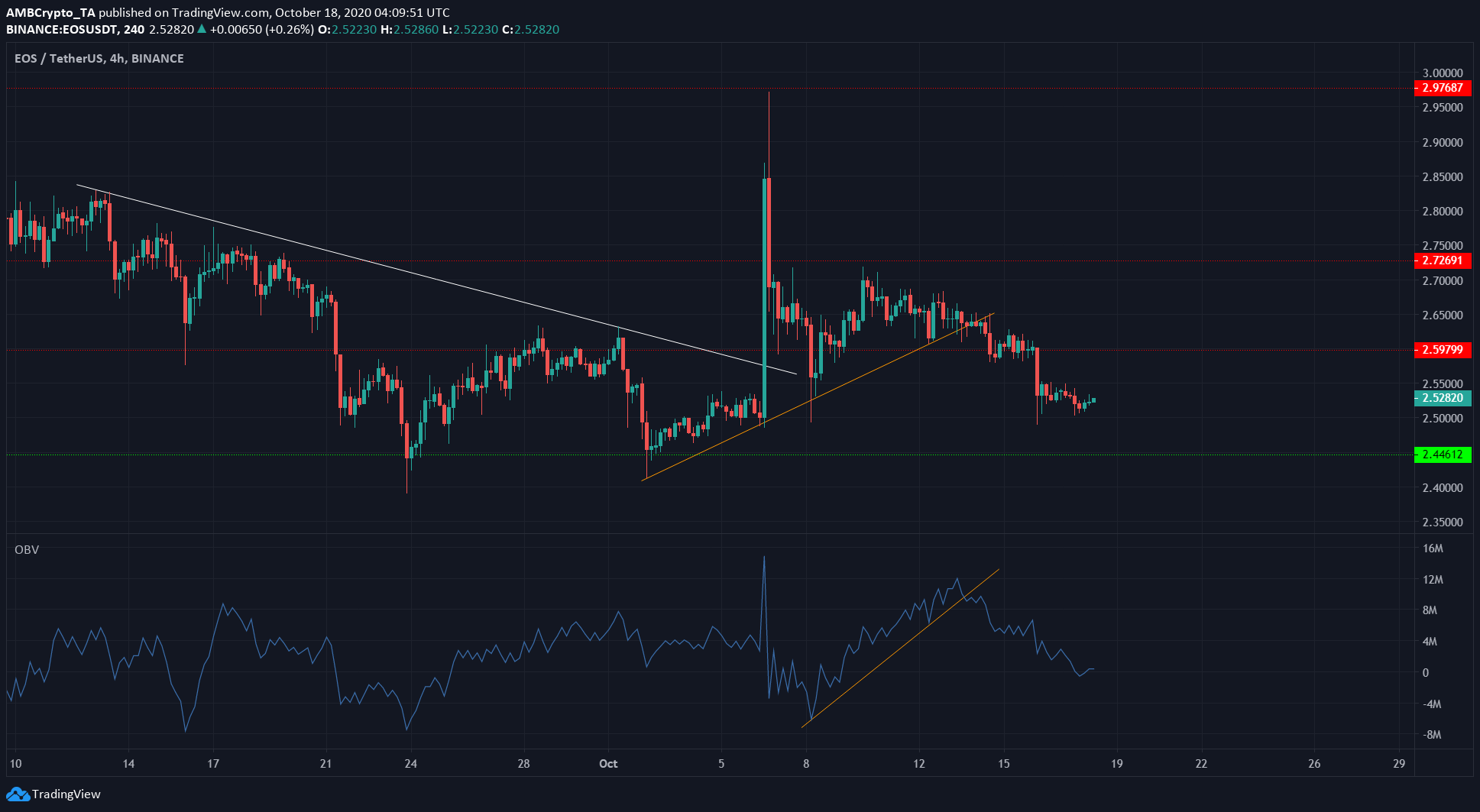 EOS was heading south on the charts throughout the month of September (white), before news of Google Cloud becoming a block producer on the EOS network contributed to a shift in sentiment.

While the hike in price to $2.84 had seemingly lost momentum, the buying volume made higher lows alongside EOS (orange). However, both the price and OBV fell beneath the trendline.

EOS might resume its prior downtrend soon. $2.44 has been a strong level of support and might be tested once more. 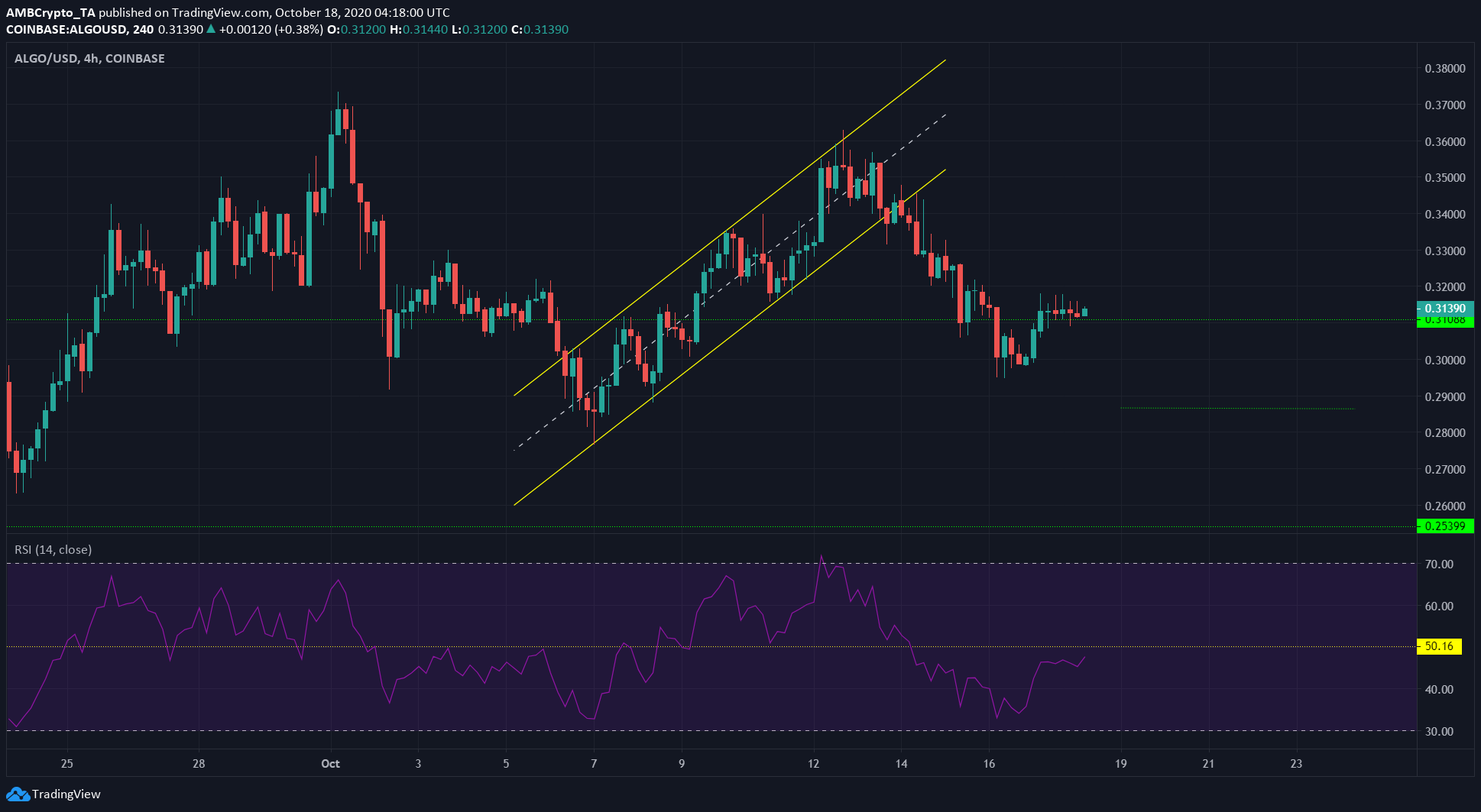 ALGO fell beneath its ascending channel (yellow) formation on the charts a few days back, dipping under its support $0.31. However, while ALGO did rise above the level, the larger market momentum remained bearish for the crypto-asset.

The aforementioned move could be a re-test of the flipped zone, before a drop in price. This would be confirmed if ALGO closes beneath $0.309. Following the same, it can expect to find some demand around the $0.286-zone. 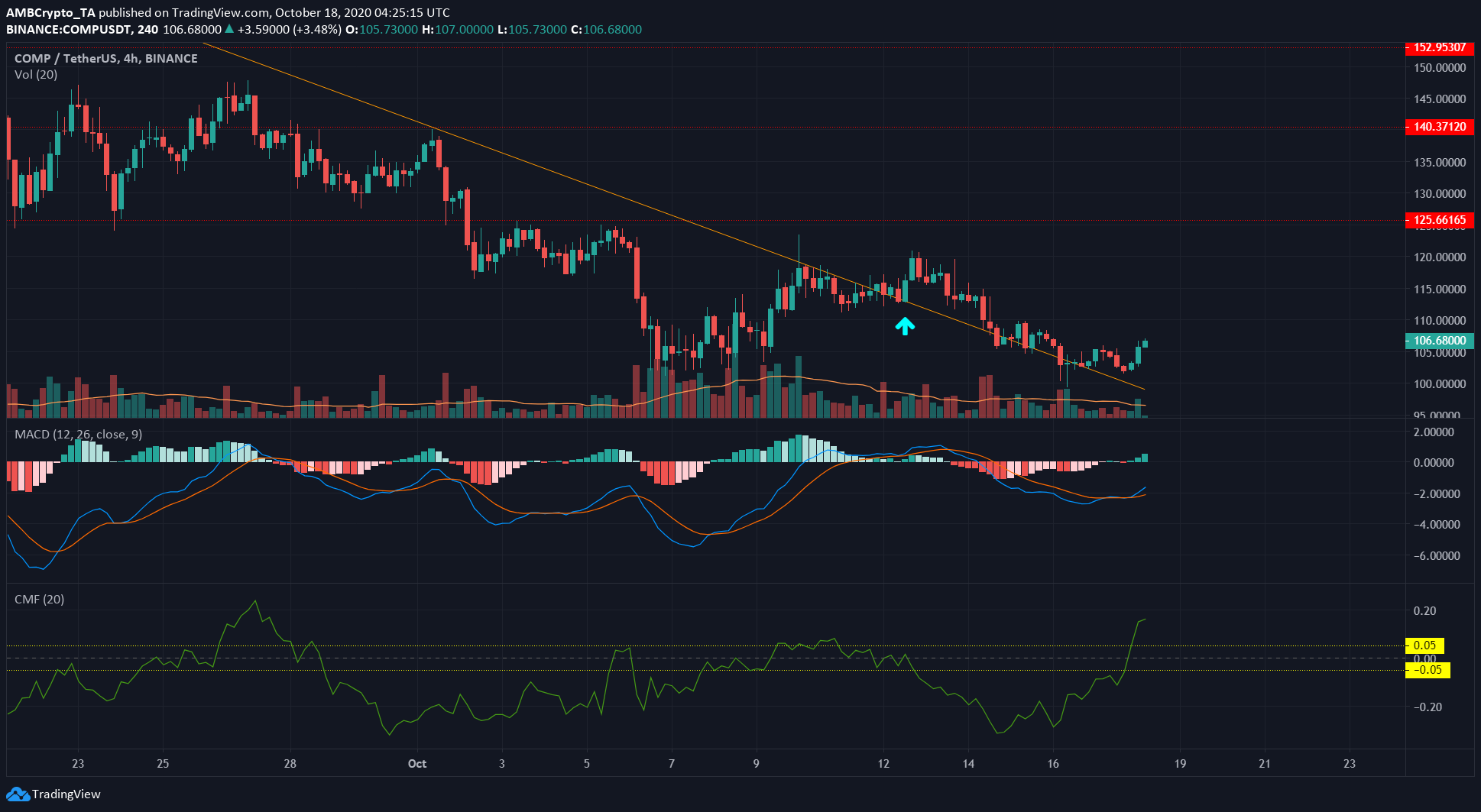 Compound seemed to break out with conviction from a month-long downtrend (orange), but the lack of trading volume showed that this was not a trend reversal.

COMP continued to struggle against bearish pressure as it tried to hold the floor it had set at $102. However, if COMP doesn’t find buyers in the short-term, the predominant selling pressure was likely to push the price under $100.

The CMF showed that the past few sessions saw capital flow into the market. However, it remained a market that was in bearish hands for the better part of a month.

How to Mine Bitcoin 2018 (EASY METHOD)! Bitcoin mining for beginners! Make Money With Bitcoin!