The altcoin market, at the time of writing, was on its way towards recovery. Ethereum flipped $550 to support and rose steadily on the charts, prompting alts to climb alongside it. EOS and Basic Attention Token had a bullish outlook in the short-term, having recouped nearly half the losses following the recent drop. Finally, VeChain also performed strongly over the past couple of days, with its trading volume strengthening considerably. 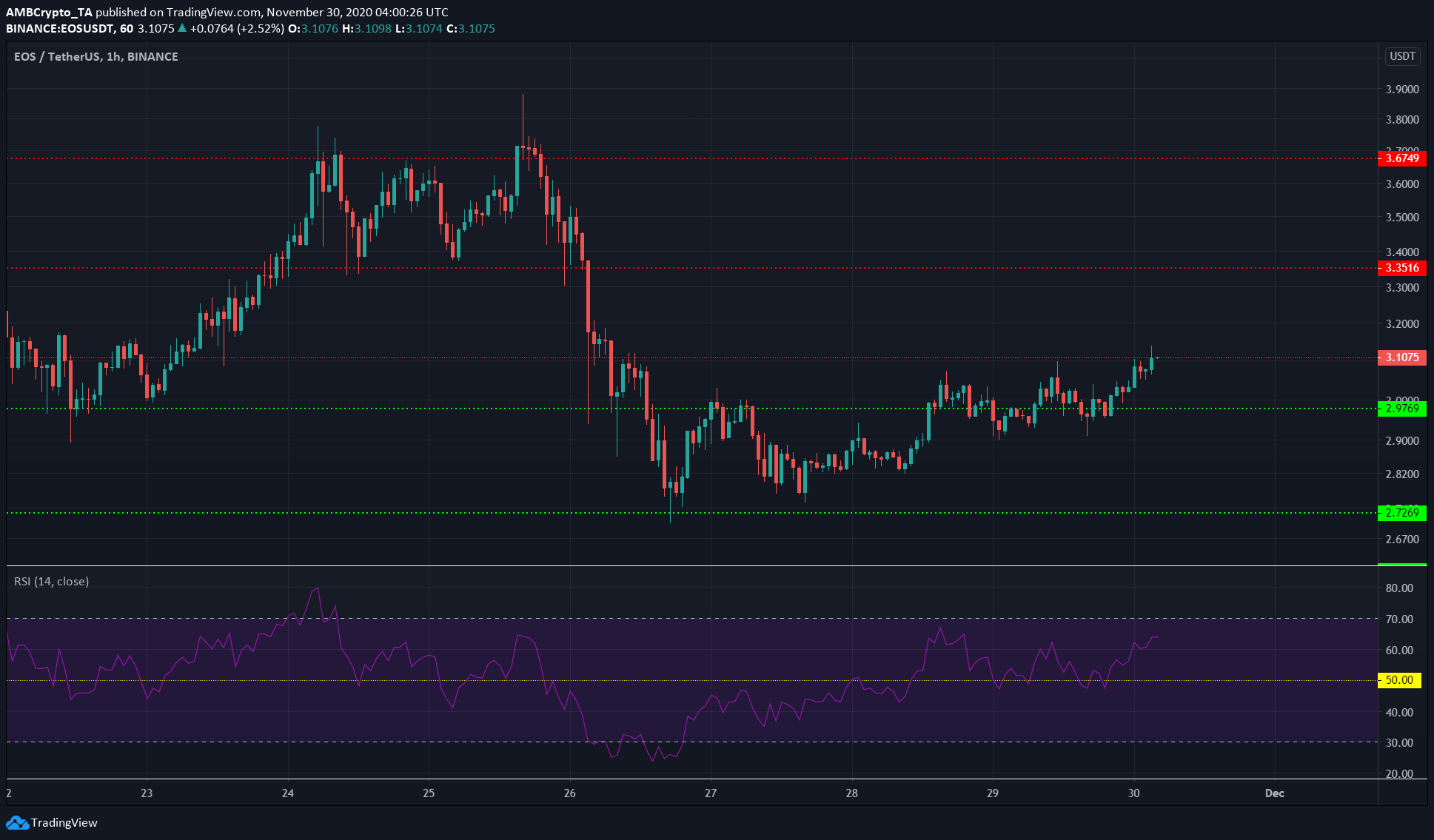 The trend for EOS on the hourly chart has been bullish for the past couple of days. This didn’t seem to be a bounce before another move to the downside since both BTC and ETH didn’t suffer dramatically on the price charts.

The price was around the $3.1-mark, and $3.2 represents a pocket of liquidity that can offer some resistance to EOS. Further, the RSI noted a bullish value of 64.

While EOS has recovered from its drop to climb to $3.7 from $2.72 a tad slowly, market sentiment remained bullish towards large-cap coins. This would likely see the $3.2-level flipped to support in the coming days. 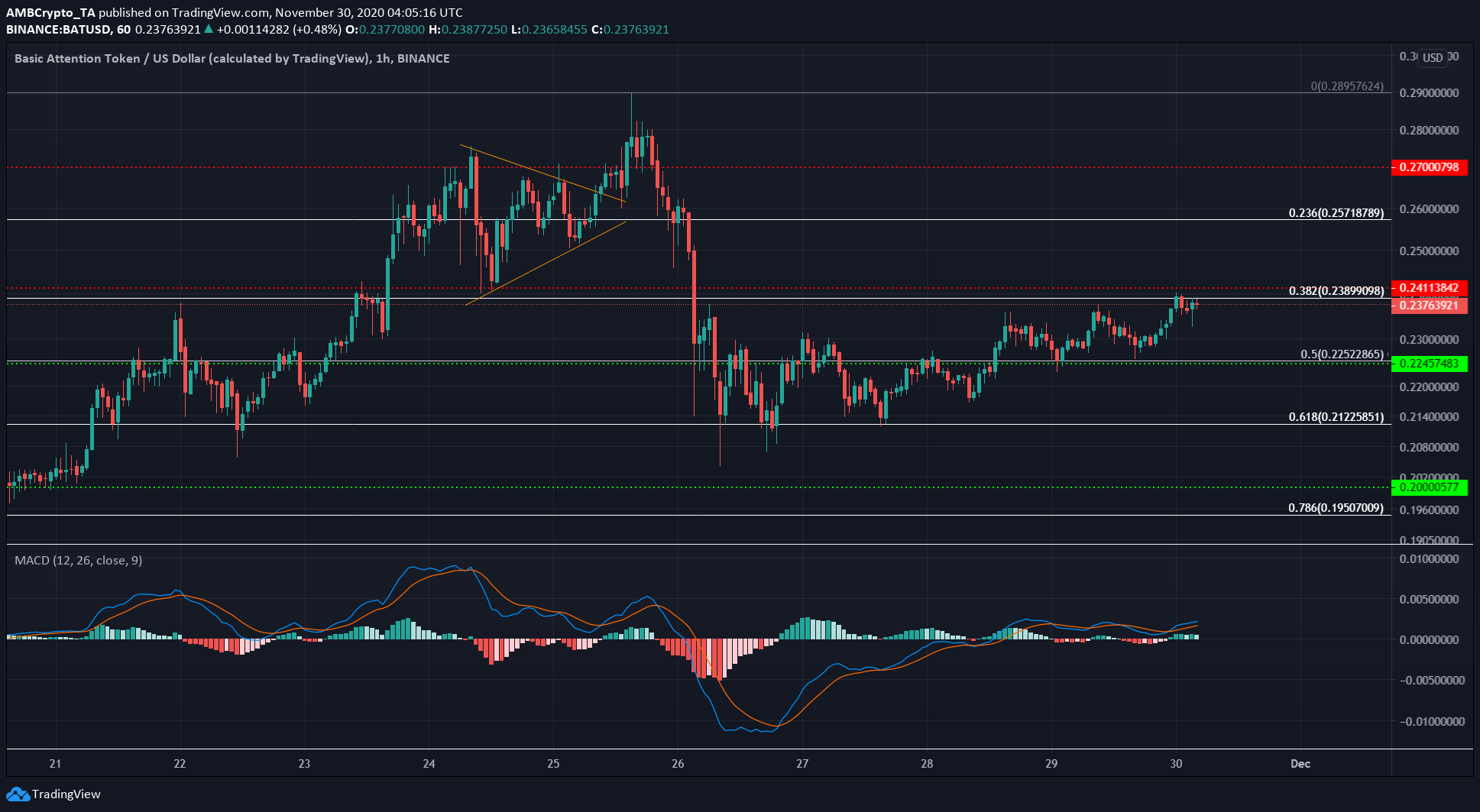 The Fibonacci Retracement levels were plotted for BAT’s move north from $0.175 to $0.289 over the past month. The retracement levels showed that BAT still had a bullish outlook over a longer timeframe.

The MACD was weakly bullish, and BAT can slowly grind its way to test $0.24-resistance before flipping it to support. 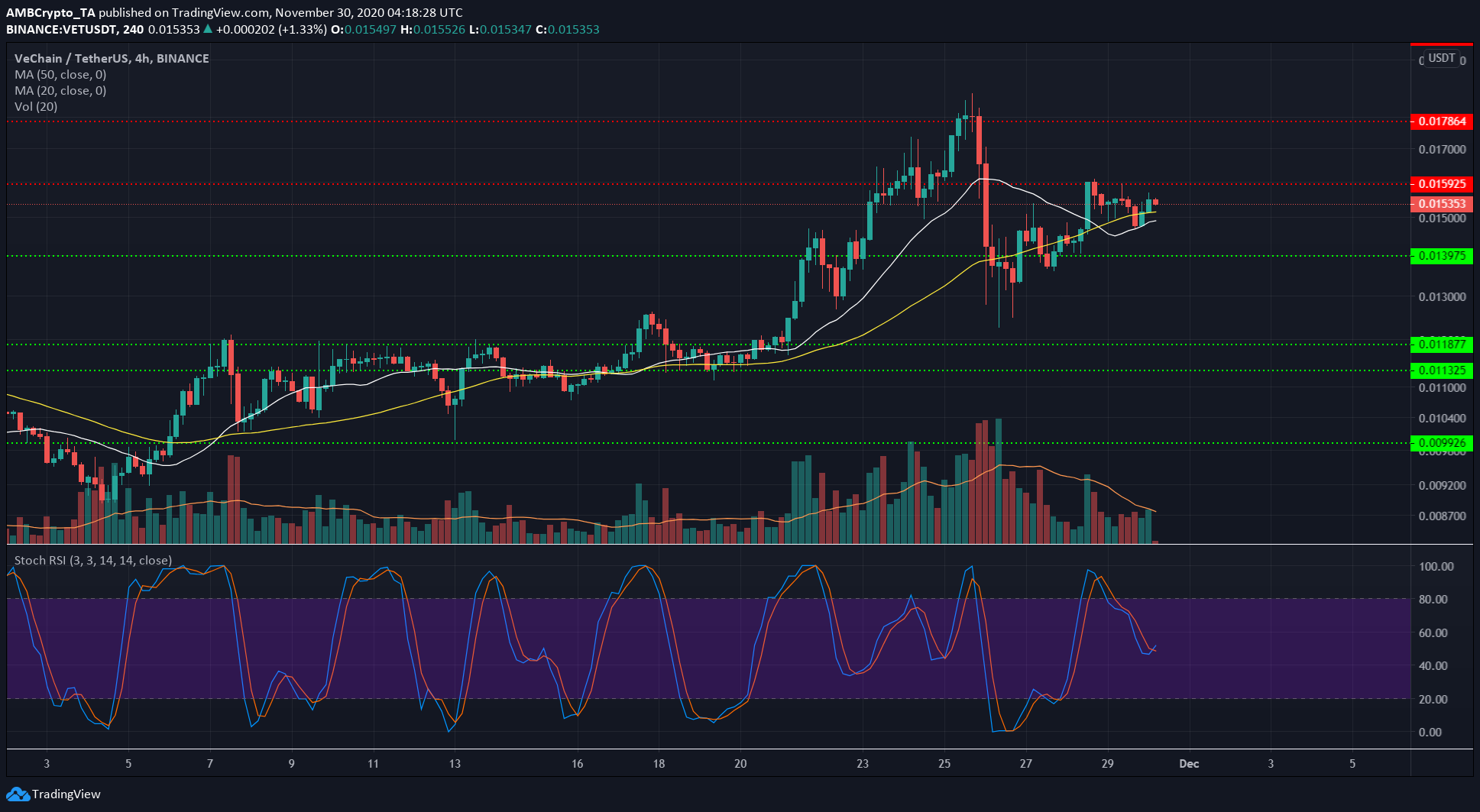 The trading volume seemed to have picked up along with the price. This was a bullish sign for the coin and buyer interest right under the level of resistance at $0.0159 indicated the likelihood of the level being flipped to support soon.

The Stochastic RSI recovered from the overbought territory and could be heading higher once more. Finally, the 50 SMA (yellow) was moving right under the price and could serve as support for the coin.

What Is Dimensions Network? 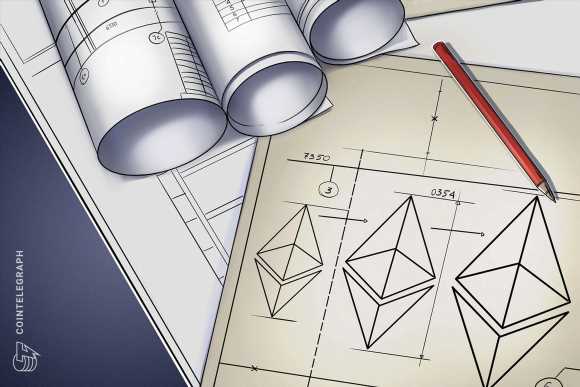 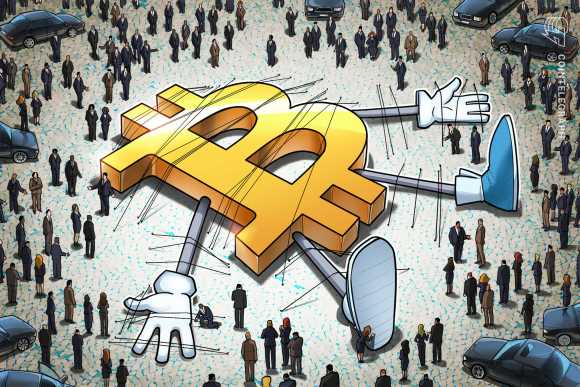