Bitcoin Dominance continued to rise and stood at 67.17% at press time. A rise past 67.5% could delay an altcoin market rally. At press time Bitcoin was being traded at $18,028 with a trading volume of $38.2 billion. 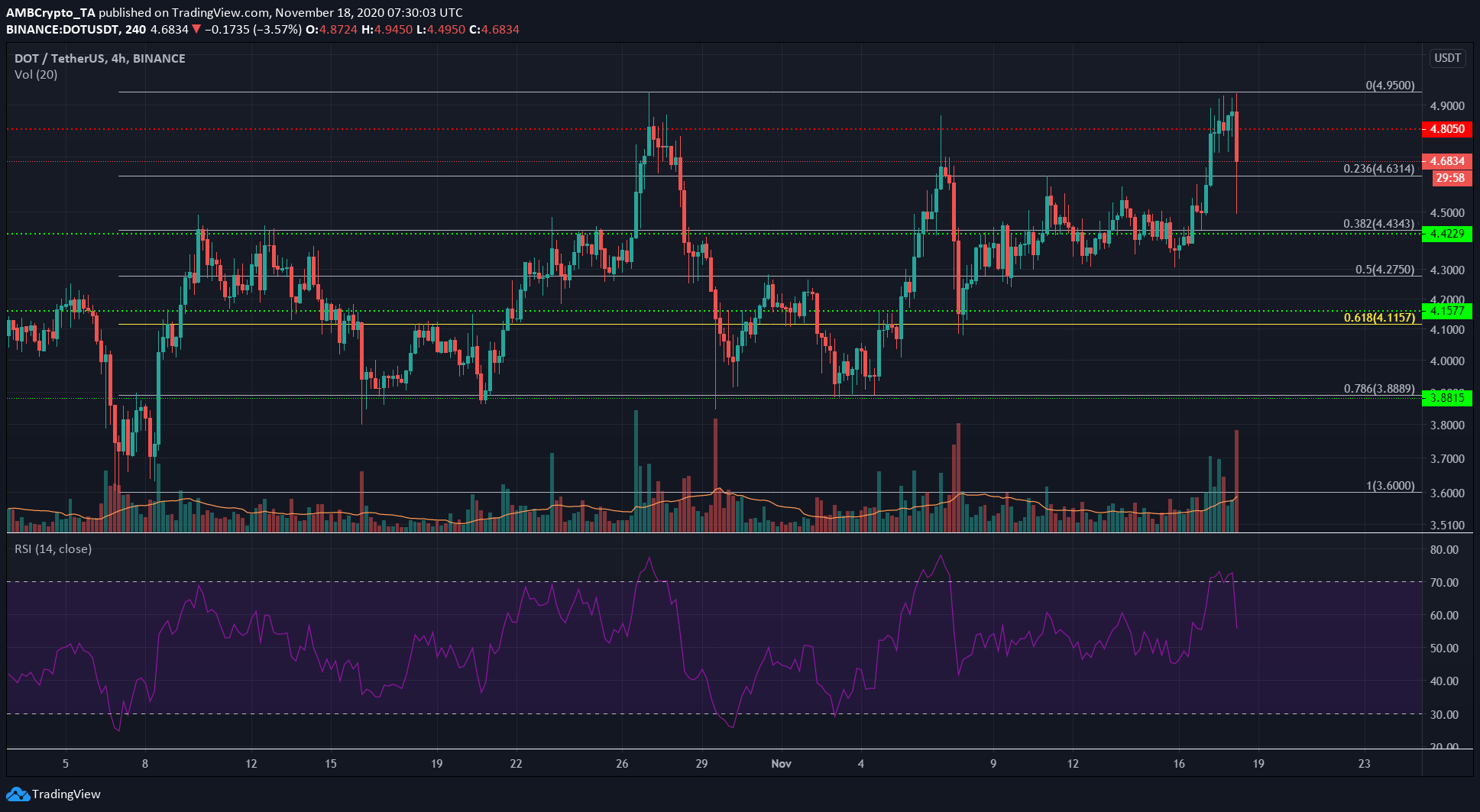 Polkadot was unable to rise past its October high at $4.95, facing strong selling pressure at the exact same level, and was even forced beneath the $4.8 level it rose past.

The RSI showed that the coin had been in the overbought region over the past few trading sessions.

Over the next week, DOT has to flip the $5 level to support in order to continue its uptrend. A move below $4.43 would warrant a reassessment of the bullish outlook for DOT. 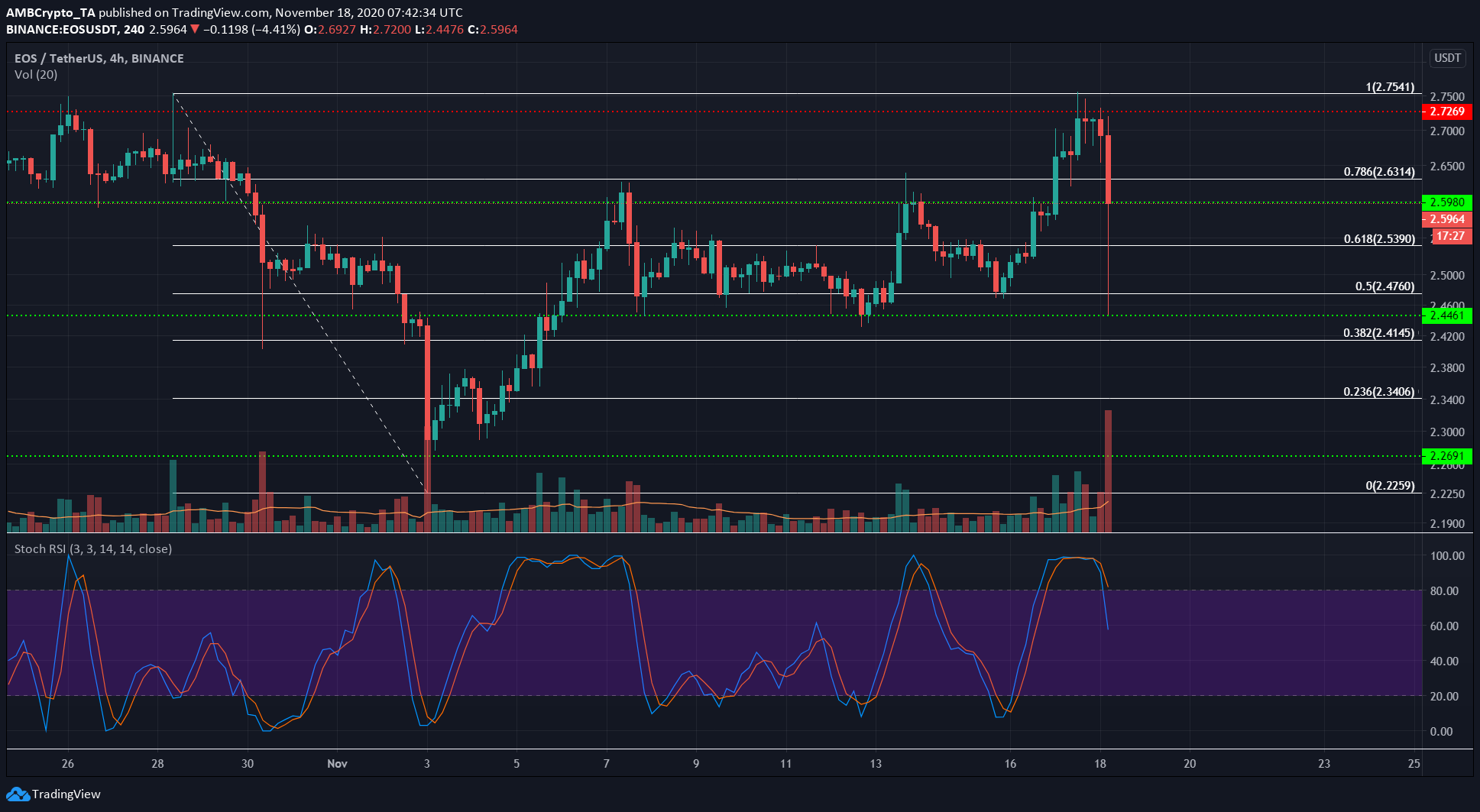 EOS bulls tried to push the price past $2.72 resistance in recent hours but were denied by bears. The coin also saw a sharp drop after ETH shed close to 5% in the same trading session.

The Stochastic RSI showed that a pullback was in progress. The Fibonacci Retracement tool showed that $2.53 and $2.47 could offer strong support to the price if EOS closed a trading session below $2.59 support. 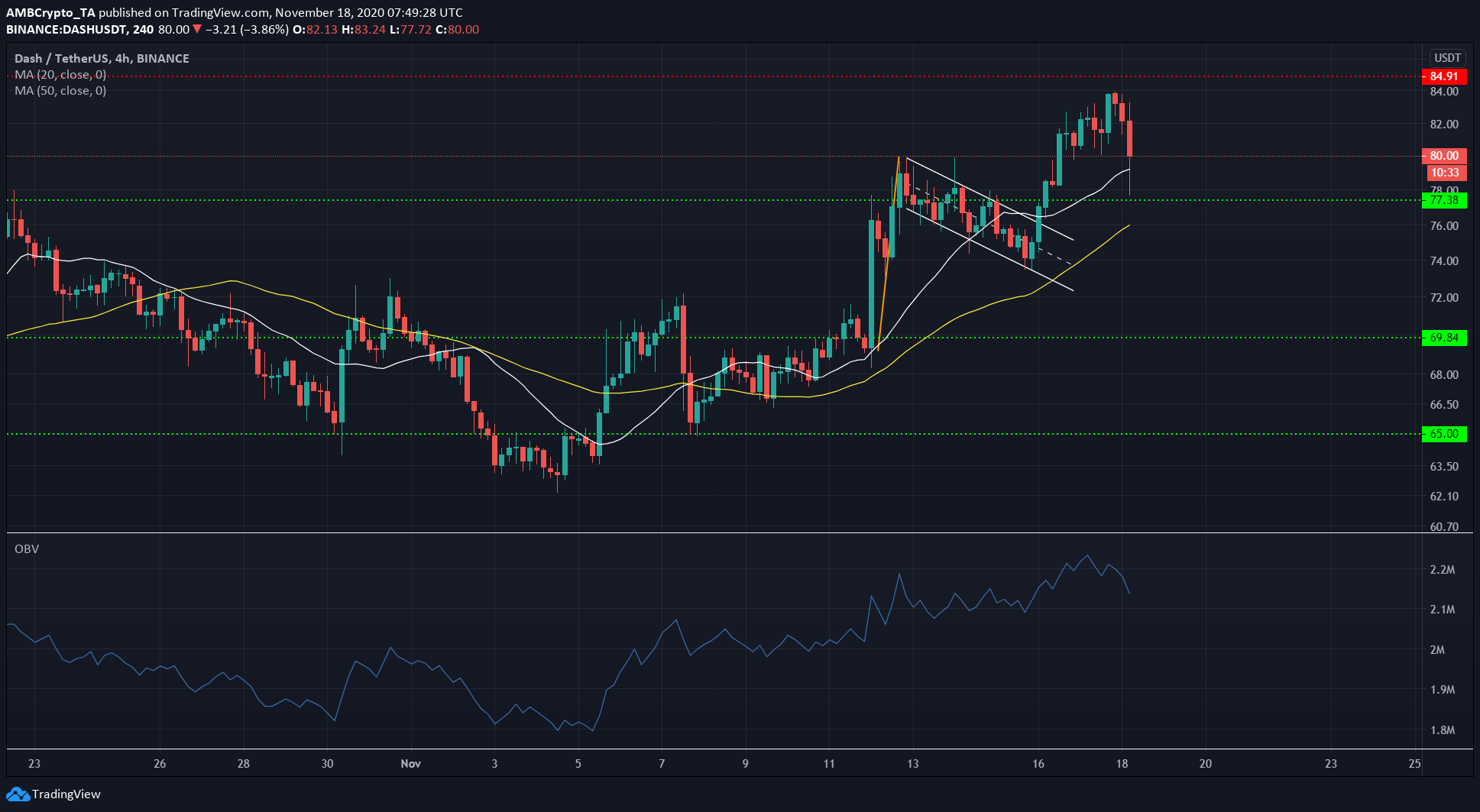 Dash might find temporary support on its 20 SMA (white) in the wake of its recent pullback. $78.5 and support at $77.4 are also possible levels for the price to end its pullback at.

The OBV showed good buying volume behind the price’s performance. It recently formed a bull flag and nearly tested the level of resistance at $84.9.

An uptrend would be in play as long as the price does not lose $77.3 support.