Bitcoin’s bullish dominance over the crypto-market was once again visible at press time, with each of the world’s top-10 cryptocurrencies recording appreciable returns over the last 24 hours. In fact, Bitcoin had breached the $13,000-mark at the time, with BTC up by 5% for the second consecutive day.

The buying sentiment was felt further down the crypto-ladder too as all three digital assets, Tezos, Algorand, and Enjin, maintained a bullish position on the charts. 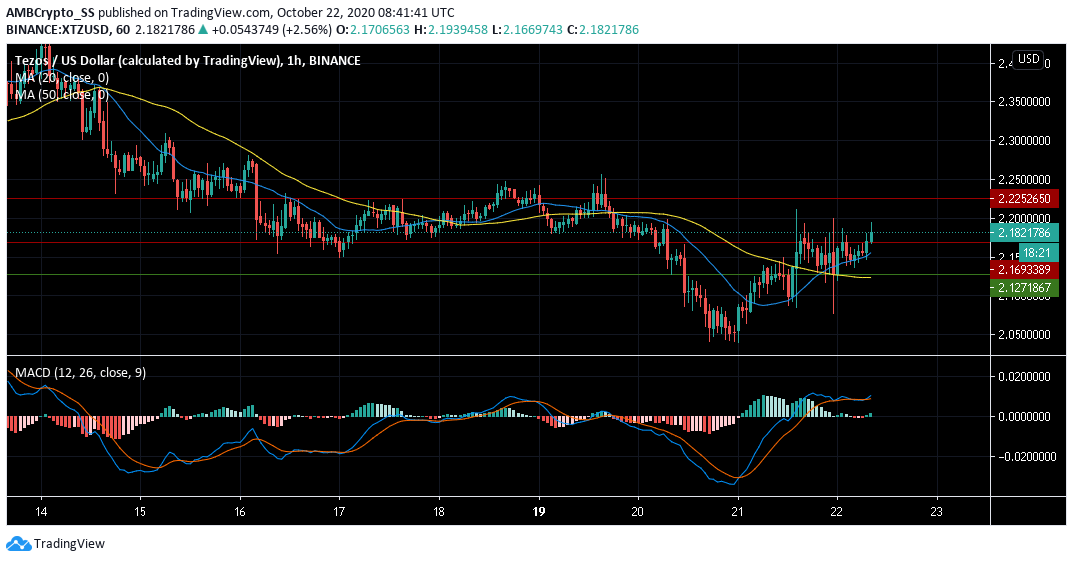 At the time of writing, Tezos was trading at $2.182, having recorded almost 3% in gains since yesterday. In fact, the market cap for the digital asset was noted to be $1.6 billion, as per messari.io

With Tezos trading above its 20 and 50 period moving averages, coupled with its recent moving average golden cross, XTZ seemed to be aiming for an extended rally over the next few trading sessions.

Such a bullish crossover was registered by the MACD too, with the same hinting at a price move above the $ 2.169-level of resistance in the short-term. 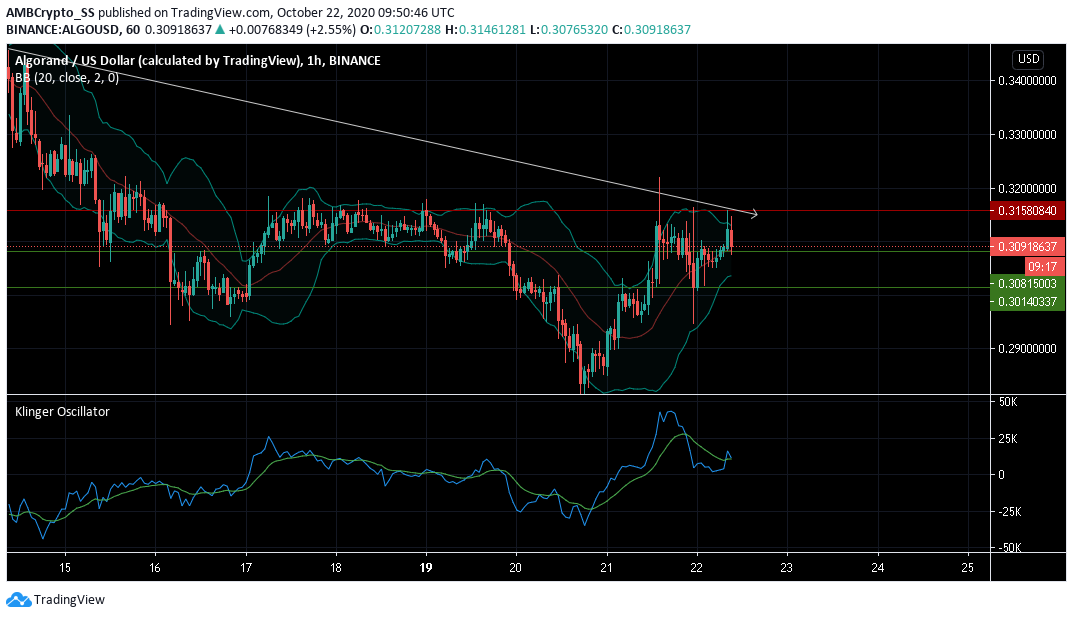 Algorand continued to solidify its level of support around the $0.308-mark as it also coiled up ahead of a major move to the upside. Trading at $0.309 at press time, ALGO’s market gained by 3.5% over the previous 24 hours.

The Klinger Oscillator remained neutral, however, it still left scope for a bullish reversal trend for a few more trading sessions.

This remains a likely scenario because the bears seemed to lose out on gaining further momentum, with price stability visible above the immediate support level.

Furthermore, price stabilization might be the near-term norm due to the convergence seen in the Bollinger bands which hinted at lower volatility levels. 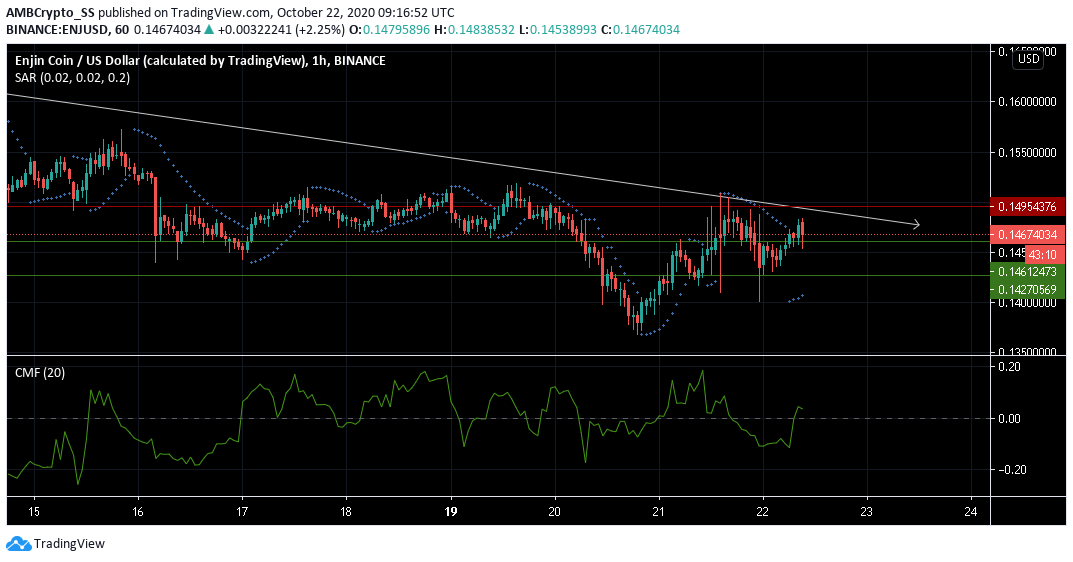 Enjin, over the last 48 hours, displayed strong bullish trends as it gained by almost 8% during the period.

The Parabolic SAR‘s dotted markers were observed below the candles, affirming the chances of an upward breakout and highlighting the notion of bulls gaining strength in the market.

Further, the Chaikin Money Flow was above zero, underlining a scenario of good buy liquidities in the ENJ market with capital inflows found on the higher side, compared to outflows.

An eventual breakout from the $0.1460level could further open up opportunities for an upside rally.