SUPREME Court nominee Amy Coney Barrett is sparring over her views on abortion and has refused to say whether she'd support overturning Roe v Wade.

Speaking during her nomination hearing on Tuesday, Barrett, 48, said she "can’t pre-commit" to how she would rule on abortion if she's confirmed to the top court. 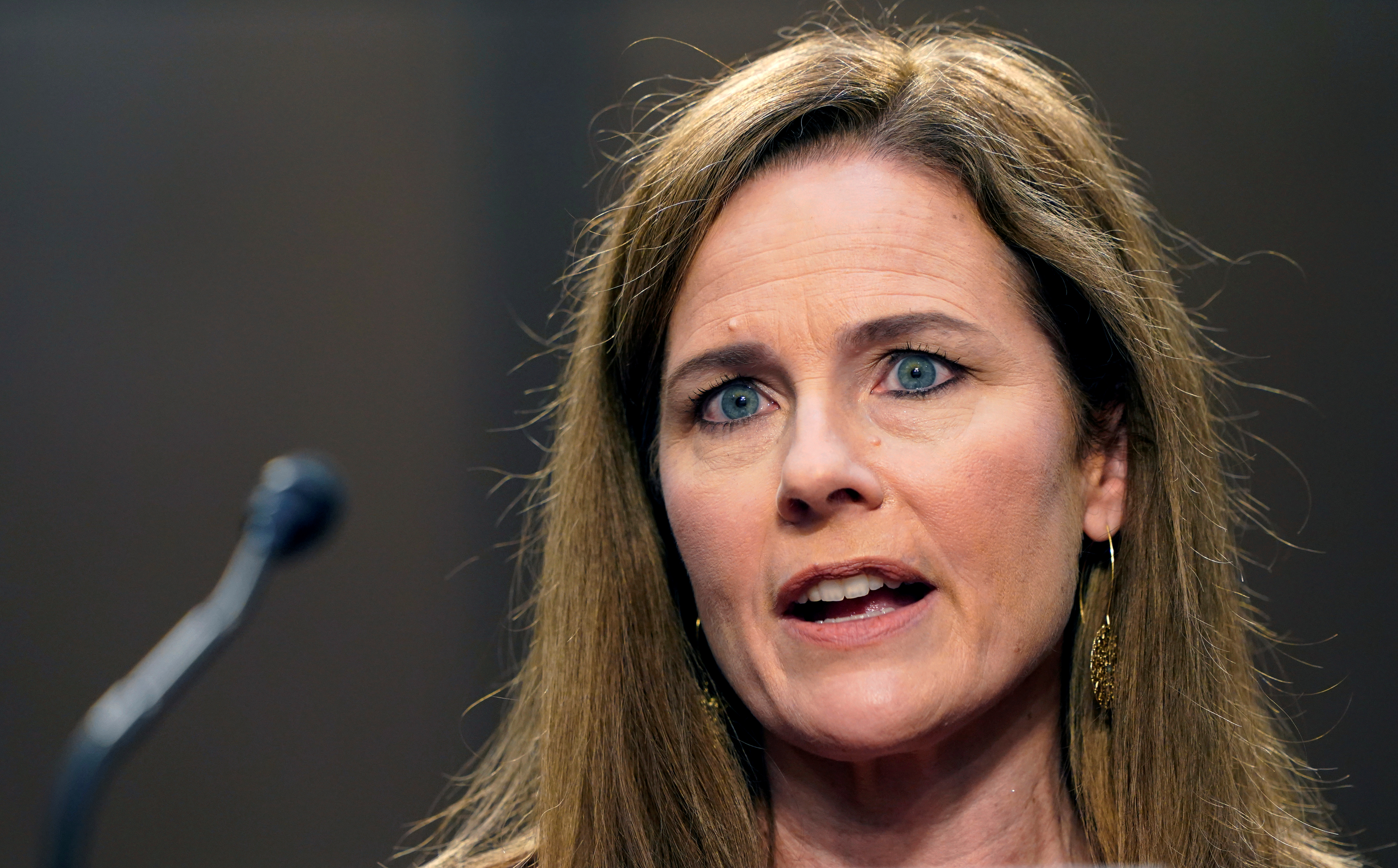 "I can’t pre-commit or say yes I’m going in with some agenda, because I’m not," she said in response to questioning from Democratic Senator Dianne Feinstein and the Senate Judiciary Committee.

"I don’t have any agenda. I have no agenda to try to overrule Casey," she said, referring to Planned Parenthood v Casey, a landmark Supreme Court case from 1992.

The case prohibited regulations that created an “undue burden” on women seeking an abortion.

In 2006, Barrett signed a 2006 newspaper ad sponsored by an anti-abortion group in which she said she opposed “abortion on demand” and defended “the right to life from fertilization to the end of natural life.” 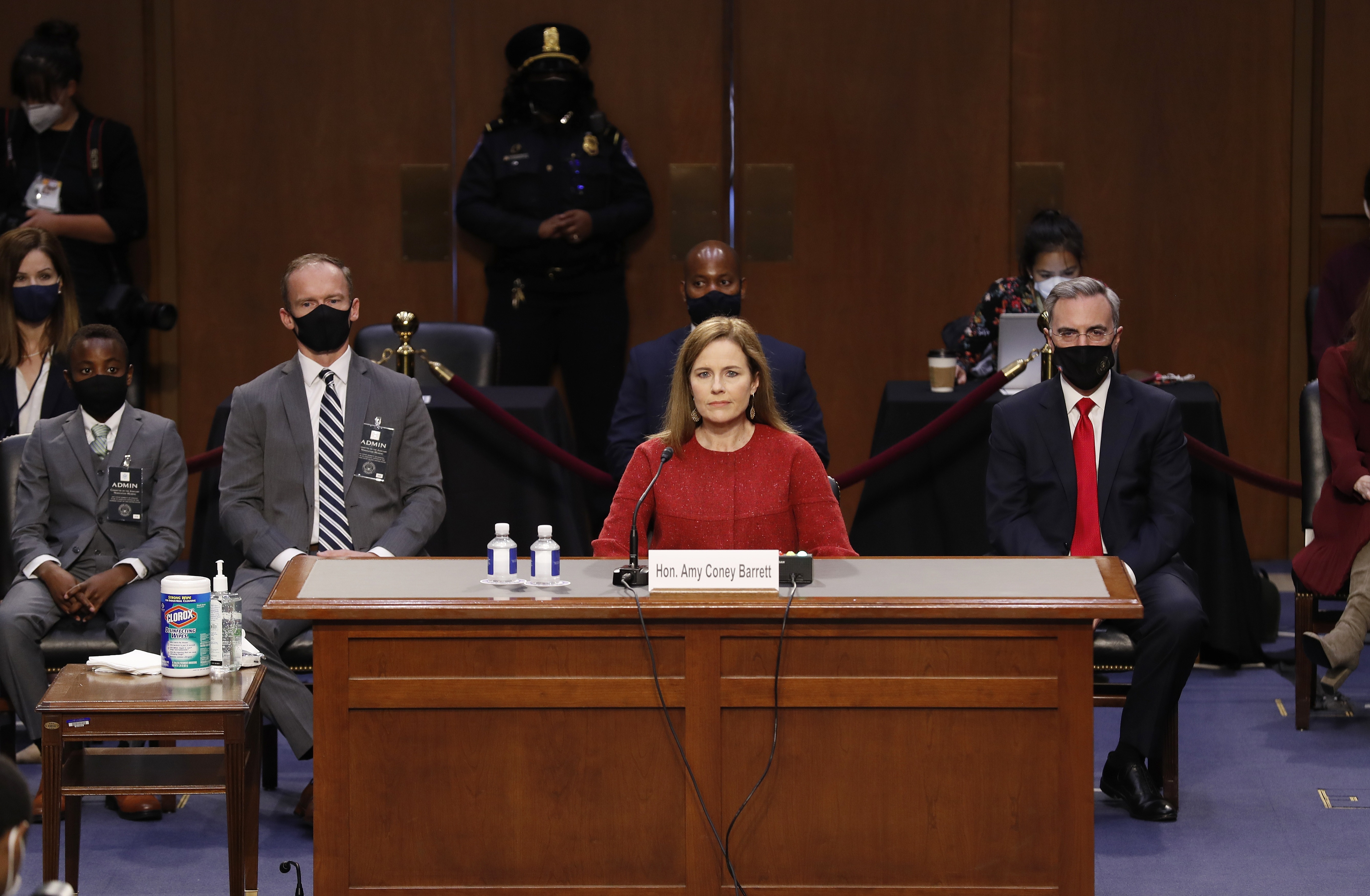 The ad appears to be the most direct expression of Barrett’s opposition to abortion.

CNN reported last week that Barrett failed to disclose in her nomination paperwork that she gave talks to two anti-abortion student groups in 2013.

She gave the lectures while working as a law professor at the University of Notre Dame.

It's unclear what she said during both events, but they both reportedly centered on abortion court cases. 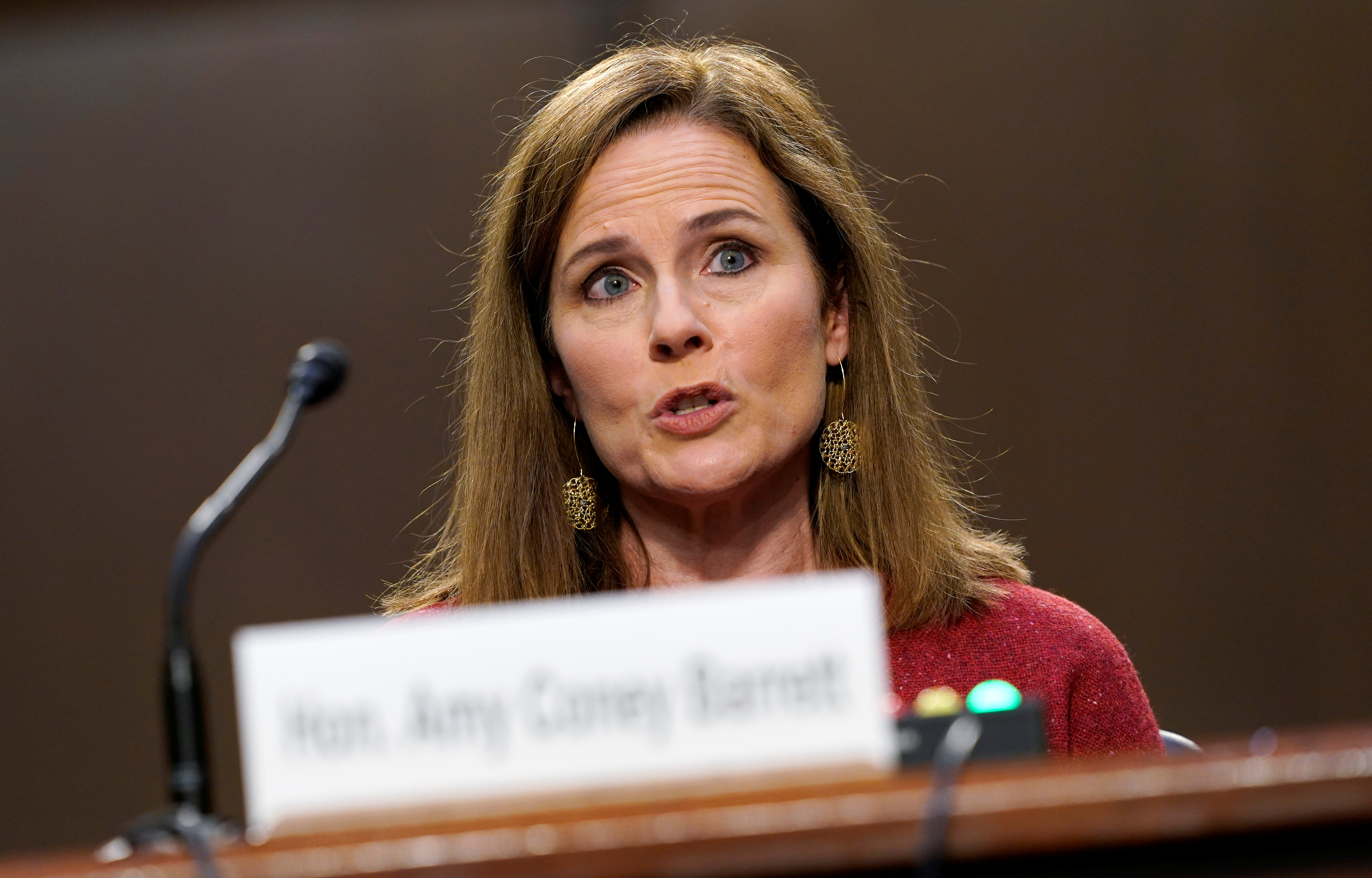 Trump also said they didn't discuss the ruling when they met at the White House in the days after late Justice Ruth Bader Ginsburg's death.

Barrett has voted at least twice on abortion issues as an appellate judge, both times joining dissenting opinions to decisions in favor of abortion rights.

Last year, after a three-judge panel blocked an Indiana law that would make it harder for a minor to have an abortion without her parents being notified, Barrett voted to have the decision thrown out and the case reheard by the full court.

In July, the Supreme Court did, in fact, throw out the panel’s ruling and ordered a new look at the case.

Barrett, who is conservative, told the hearing room on Tuesday that if she's confirmed to the United States' highest court, the US "would not be getting a Justice Scalia.

"You would be getting Justice Barrett.

Barrett once clerked for Antonin Scalia, the late conservative Scotus justice who died in 2016.

Barrett has styled herself as the heir to Scalia, and in writing about Scalia’s judicial philosophy, she has revealed her own.

Scalia criticized more liberal justices for creating new rights, like abortion, that he said the framers of the Constitution couldn’t have foreseen.

He argued, as Barrett and other originalists have, that new rights should be extended by constitutional amendments, not by courts.

Scalia said in a 2012 interview that the high court’s finding in Roe v Wade that the Constitution includes a right to privacy, and thereby protects a woman’s choice to have an abortion, “does not make any sense.”

But Scalia often struck a pragmatic chord, warning that reversing some precedents could shatter trust in the Supreme Court.

Barrett highlighted his caution about casting established precedent aside in a 2017 Notre Dame Law Review article, and quoted Scalia as saying: “I am an originalist. I am not a nut.”

During her hearing on Tuesday, Barrett also said she can't commit to recusing herself from any cases involving disputes that may arise from the presidential election.

“I can’t offer an opinion on recusal without short-circuiting that entire process," she said.

Barrett said she had not spoken to Trump or anyone else in the administration about how she would handle any election related challenges.

She also said she would have to confer with the other justices on the court before deciding.

Barrett is on Capitol Hill for a second day of nomination hearings.

While Democrats have strongly opposed Trump's nominee, they're virtuall powerless to stop her as Republicans rush to confirm Barrett before Election Day.

Man, 69, dies after being attacked by Asian hornets on Spanish hillside