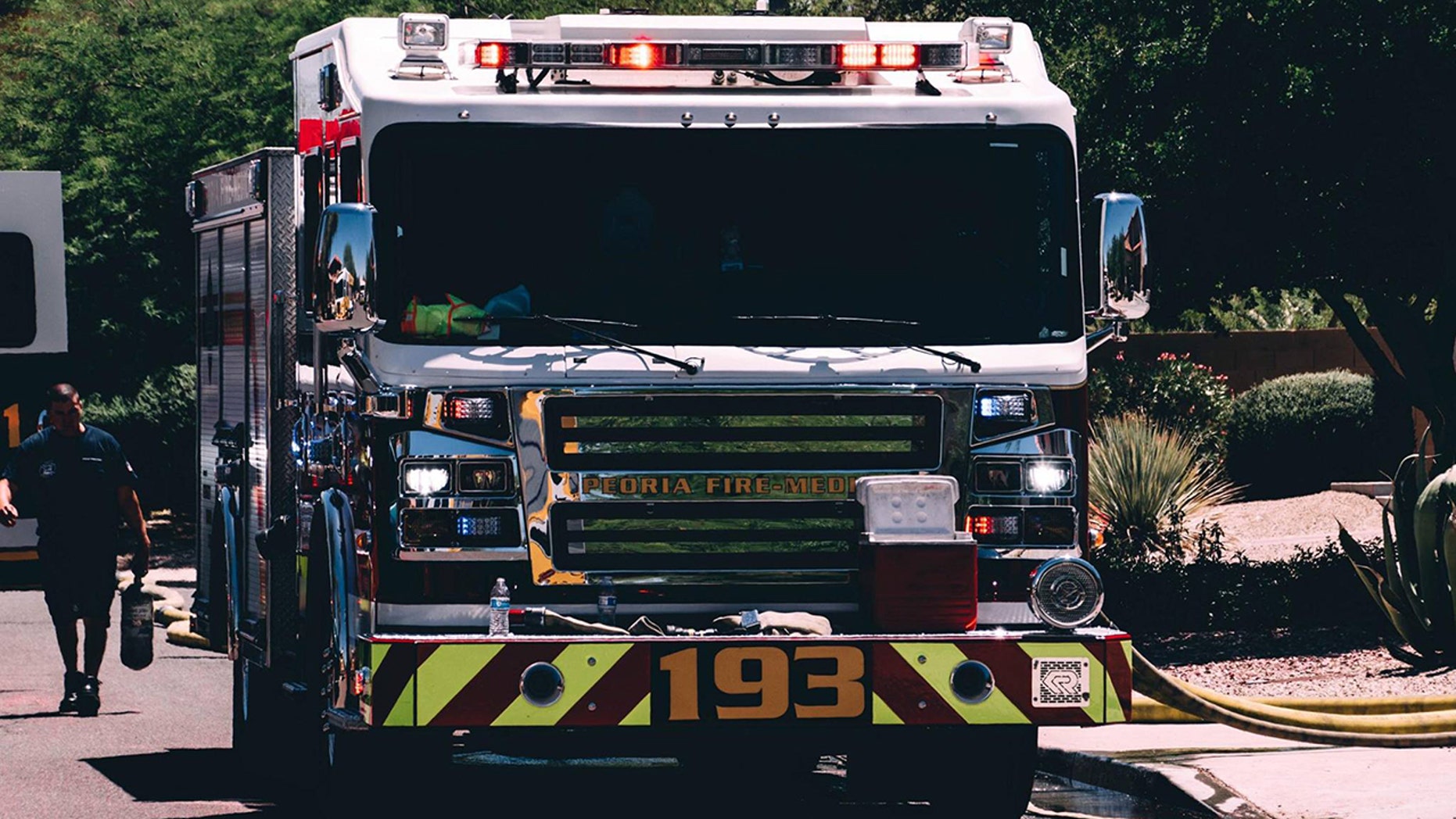 Eight firefighters, from two separate agencies, were hospitalized Friday after an explosion at an Arizona Public Service facility in Surprise, where utility-sized lithium batteries used in the storage and distribution of solar energy are housed.

Four firefighters from the Peoria Fire-Medical Department were seriously injured. One firefighter was in critical condition after being knocked unconscious. Two others were in serious condition, Capt. Ken Wier told FOX 10 of Phoenix.

Three of the most seriously hurt firefighters were airlifted to Maricopa County Medical Center's burn unit in Phoenix while the fourth was transported to a West Valley hospital, Michael Selmer, a spokesman for the department, told AZCentral.com.

Four additional firefighters from the city of Surprise were taken to a hospital for non-life-threatening injuries, Battalion Chief Julie Moore of the Surprise Fire Department told AZCentral.

Fire teams from Peoria and Surprise both responded to APS McMicken Energy Storage facility around 6 p.m. after someone passing by spotted spoke, Moore said. Firefighters began inspecting a utility-size lithium battery for hazardous chemical levels. An explosion occurred as a Peoria Fire hazmat team attempted to enter the facility.

APS spokesman Alan Bunnell said the facility will cooperate with a full investigation into the cause of the explosion. He said firefighters were called to the site to investigate a possible equipment failure. Meanwhile, firefighters from various agencies in Phoenix gathered outside the Maricopa Medical Center on Friday evening to rally behind their fellow first-responders, AZCentral reported.

DR MARTIN SCURR: Flight to the UK from Wuhan could turn into disaster

Analysts Weigh In On Next Move For Bitcoin, Up or Down?

CFTC Letter Provides Little Clarity in Telegram’s Battle With SEC
We and our partners use cookies on this site to improve our service, perform analytics, personalize advertising, measure advertising performance, and remember website preferences.Ok