The south half of Europe is in for a period of very warm weather: temperatures will be well above average for mid-October, with some places pushing into the “low 30s”s. An upper ridge forms over the Mediterranean on Friday and slowly pushes eastwards into eastern Europe, where it persists until the beginning of next week. It brings very warm weather to the region. BBC weather presenter Helen Willetts agreed that there would be “two very different types of weather” across the two halves of Europe.

She said: “Whilst the south remains warm, hanging on to that summer heat.

“The Mediterranean is still warm this time of year, but we’ll see just a few showers trekking to Cyrpus.

“It’s been so wet to start October for the United Kingdom and for the low countries across Scandinavia.” 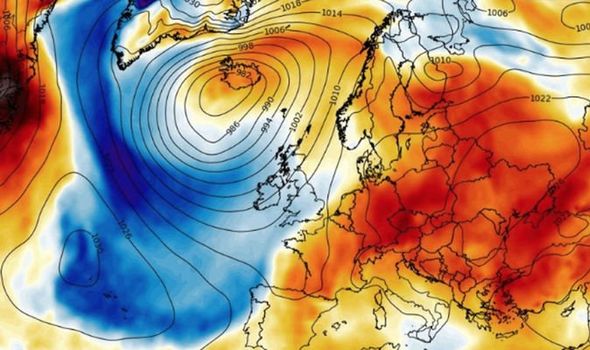 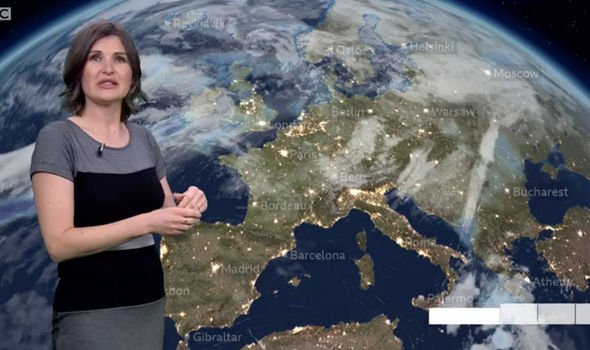 She continued: “Those wet systems keep coming along with strong winds and therefore some snow as it encounters the colder air in the north.

“But it’s warmer further south, we’re still achieving temperatures into the mid to high 20s, low 30s in some areas.

“We may, over the weekend, start to see just the odd shower across parts of Spain.

“They’ll be few and far between, well scattered, but nevertheless a slightly more unsettled picture here.” 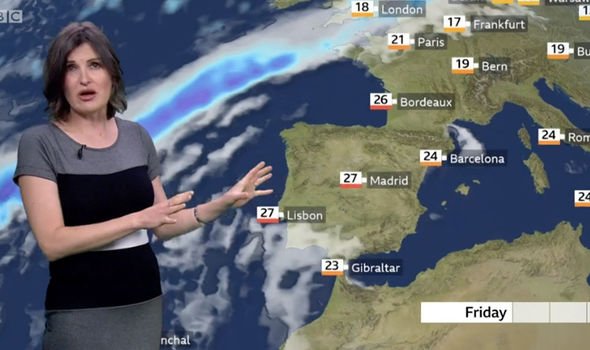 The BBC presenter added: “More rain will appear across the low countries and the United Kingdom and into Scandinavia.

“There is cold air up there so there will be some snow to come.

“And yet more rain using through during the course of Sunday again.” 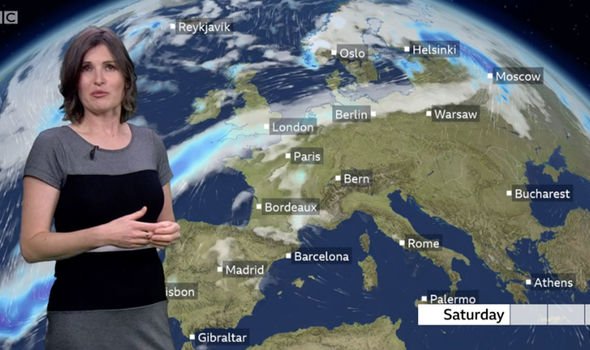 She said: “With that high pressure built further south, it will be fine and dry.

“But the north of Spain and Portugal by that stage are starting to join in with that wetter and more unsettled weather.

“For example, in Madrid, we’ll see some of that showery rain coming through for the start of the week.

“For London and for Paris, it’s a really rather more unsettled picture with further outbreaks of rain.

“Moscow may experience similar, but sunshine will continue in Athens.”

Who was Raoul Moat? Newcastle murderer who sparked week-long manhunt

US deploys troops to Gabon amid fears of unrest in DRC