Carol Kirkwood urged Britons to get ready for some more wet and windy weather this week after Storm Alex battered the country with heavy showers and gusty winds last weekend. The BBC weather forecaster warned a new area of low pressure will dominate the weather this week ahead of a new Atlantic storm potentially reaching the UK on Thursday. She said: “The forecast for this week remains unsettled. We will have some sunny spells but it is also going to be showery.

“So this morning we have an area of rain which is a weather front wrapped around the area of low pressure across Northern Ireland, western Scotland, Wales, south-west England and the Channel Islands.

“And it curls around, bringing more rain into East Anglia and north-east Scotland.

“That rain in the west will migrate eastwards through the course of the day and there will be a lot of showers around today as well.

“Blustery showers, particularly so in the south, where the winds will be quite strong.

“Especially the south-west and the Channel Islands.” 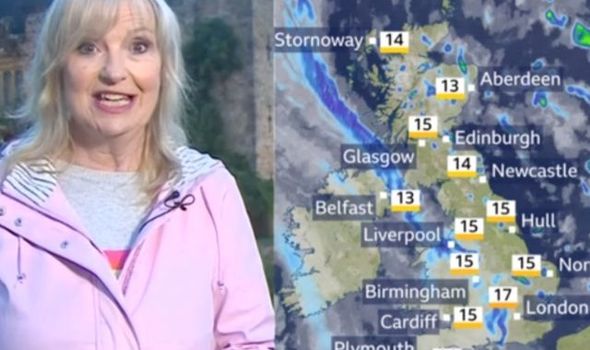 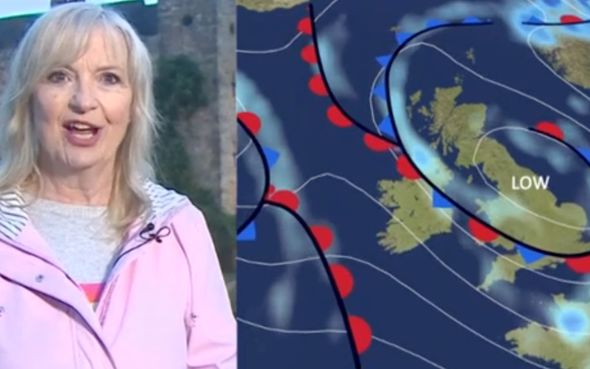 According to WXCharts, the poor weather that has hit the country this weekend will continue until the end of this week.

By Thursday this week, an Atlantic storm is set to smash into the UK with parts of the country seeing shower spells as well as periods of prolonged rainfall.

The Met Office said the southern and western areas are most likely to see the most frequent and heaviest rainfall.

There will also be some periods of dry and calm conditions but it looks to be often windy, with a risk of gales along the west and south-western coasts.

It is expected to remain cold and there will be a potential change in the weather around mid-October.

The forecaster predicted further rain and strong winds are likely, but spells of fine and dry weather could be more widespread and long-lived.

Northern parts of the country are expected to see some frost and fog during the evenings.

Hundreds of roads have already been flooded due to Storm Alex and it was believed there would be around nine breakdowns per minute on UK roads.

RAC Breakdown spokesman Rod Dennis warned drivers not to drive through water unless they know for sure how shallow it is. 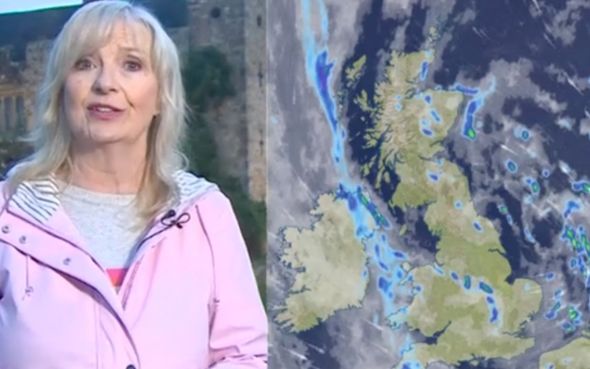 He said this week: “Heavy rain will make road conditions miserable if not downright dangerous for drivers this weekend, and they’ll need to be prepared for an ugly mix of surface spray, gusty winds and more than likely some disruption on the roads.

“Floods are also a possibility so drivers should remember never to attempt to drive through water unless they know for sure that it’s shallow enough.

“For drivers who are unlucky enough to breakdown in the horrid conditions, our patrols will be working around the clock to get them moving again.”

The last time amber warnings were issued for rain was back in March when the country braced itself for heavy rain.

How are lockdown rules different in England, Scotland, Wales and Northern Ireland? – The Sun