A "lovely" biker and music-loving mum's death has left “a big hole” in her loved ones’ lives.

Sue Cutting, from Burton, Staffordshire, suffered from the immune system condition Antiphospholipid Syndrome (APS), which causes a tendency for sufferers’ blood to clot.

She died suddenly from a heart attack aged just 50 on September 15.

Family and friends have spoken of their grief after the tragic death of the band promoter, who was also well known as a dedicated carer and freelance photographer who captured many Burton couples’ weddings on camera.

Sue was also well known in the biker community and had only finally got her own motorbike – which she named “Elmo” – a few months before she died, StaffordshireLive reports.

A huge motorbike procession headed through town before her funeral, led by brother Dave Cutting, earlier this month.

“She was such a lovely person – just one of those few people you meet who has a real impact on your life.

“Although she was unwell with her long-term condition, it was a huge shock when she died.

“I saw her at a gig on the Saturday and she passed away on the Tuesday.

“She was only just starting to get braver on her bike and had gone for a big ride with her friends on Sunday.”

Grown-up sons Brad and Alix Billings, as well as Sue’s grandchildren, have been left devastated by her death.

Brad paid a moving tribute to his mum, who he credited with helping keep Burton’s live music scene alive.

He said: “Our mum was our rock. She was always there for us through thick and thin.

“No matter what it was, whether it was day or night, she would always be there.

“I’ve never known someone who cared as much as our mum did – she’s such a huge inspiration to us.

“No matter what life threw at her, she’d always fight it and bounce back.

“This was so unexpected. Words cannot describe how amazing and beautiful our mum was and she’s never going to be forgotten.

“Anyone who knew our mum knew she had a heart of gold and that she did so much for so many people, especially in the music scene in Burton.

“She put herself through so much stress at times organising events just to keep the music scene going and all she wanted in return was to see smiles on people’s faces and to listen to live music.

“She did so much for charity also. Nothing she really did was for herself – she was always about making other people happy.

“For the last few months she decided to just go out and do what she loved and that was to go out on her bike.

“She did this in any spare time she got. Unfortunately, it didn’t last for long, but for the time she had, she was very happy. Nothing’s ever going to be the same again without her.

“All we can do now is make her proud and be the best we can in life.” 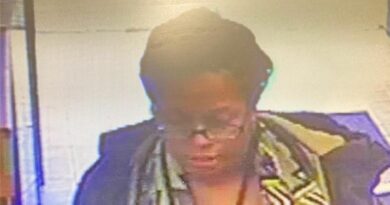 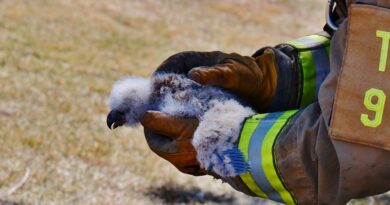