This is the heartwarming moment a loving sister dances with her brother through a glass door while he is self-isolating at home during the coronavirus pandemic.

Natalie Weston, from Huyton, Merseyside, said the self-isolation had started to "take its toll" on brother, Jake, who has Down's Syndrome, and she wanted to cheer him up.

She went to visit and gave Jake a surprise when she started dancing in her mum's garden.

Video taken by their mum shows Jake happily dancing under a disco ball in the kitchen with Tina Turner's "Proud Mary" playing in the garden.

Natalie wrote on Twitter: "Glass may have been between us but we danced together, sat and had a chat next to each other.

"It really is the little things. I hope everyone is staying safe and well."

The post has since been viewed by 2million times with hundreds of comments thanking Natalie for sharing the heartwarming video.

Natalie told Liverpool Echo that she was overwhelmed by the huge response despite she didn't expect it to go viral.

She said: "Although Jake lives with my mum, he spends a lot of time with me.

"We speak to each other every day on the phone or on Facetime and we see each other most days, so it’s been really hard, just as much for me as it has been for him.

"It was really taking its toll on him. He’s usually in really high spirits but he did start to say he was missing me and missing having contact.

"He usually dances loads and he’d stop dancing as much so we knew he really needed cheering up."

She described her brother as "a breath of fresh air" and she just wanted to give him a bit of joy in hard times like this.

"He’s my brother by blood but he’s my best friend by choice," Natalie added.

"Anyone who knows us knows the bond we have. We’re inseparable." 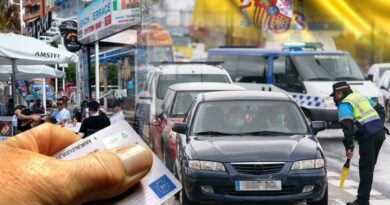