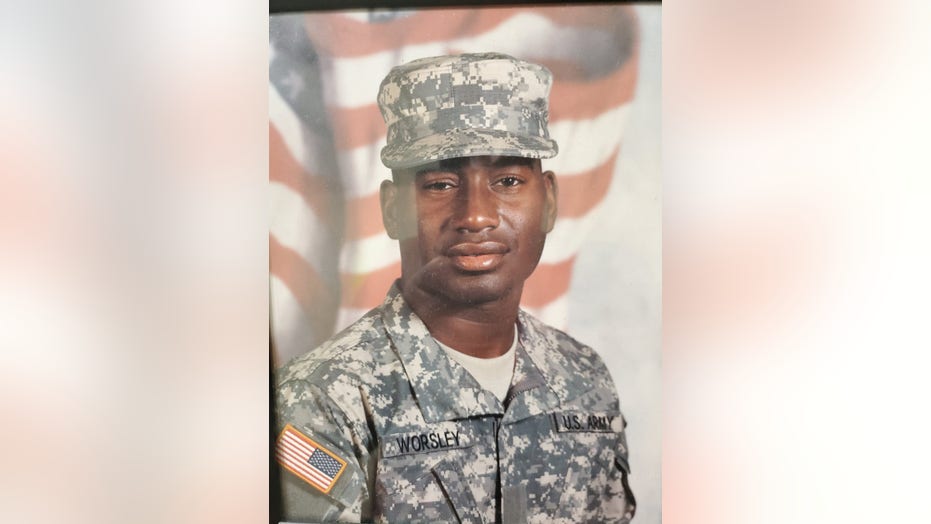 An Alabama circuit judge has denied a motion to release a disabled Iraq war veteran from jail following his marijuana arrest, citing his criminal record, despite offers for pro bono post-traumatic stress disorder [PTSD] therapy, housing and a litany of community services made available to the vet in advance of the ruling.

On Wednesday, Judge Samuel Junkin denied a motion to send Sean Worsley to a community supervision program instead of state prison. Worsley had been arrested for marijuana possession while driving through Alabama; the drug had been prescribed to him legally in Arizona.

Currently, Worsley is sitting in Pickens County Jail awaiting transport to state prison to begin serving a five-year sentence for marijuana possession. Junkin’s denial came after months of legal efforts to keep Worsley, a Purple Heart recipient, out of prison. 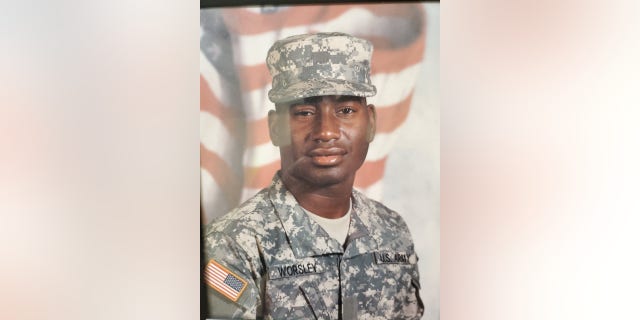 Sean Worsley in military fatigues. The veteran was arrested for marijuana possession in Alabama.
(Eboni Worsley)

Advocates for Worsley’s release said they believed they had an iron-clad case for his transfer to community supervision. Junkin’s denial cited issues with Worsley’s pre-incarceration probation and felony charges. Previously, he had been arrested for non-violent marijuana charges and pleaded guilty.

In his letter denying the request for community supervision, Junkin wrote that Worsley “fled this jurisdiction both times he was released, failed to comply with any condition of bond or probation and has five felony convictions,” according to court documents provided to Fox News.

At the time of his initial arrest, Worsley and his wife, Eboni, said they were driving through Alabama on their way to North Carolina to help his mother repair extensive hurricane damage to her home. After the arrest, the Worsleys returned to Arizona, where they endured bouts of homelessness and joblessness resulting from the case in Alabama.

Now, Eboni has moved to Alabama to maintain visitation with Sean while he awaits transport to the state’s prison system. She told Fox News she felt lost and adrift without her husband, despite the surge of support in the wake of recent news reports.

“At this point, the family and I are really starting at ground zero. We have to find new lawyers,” she told Fox News. “We have to find appeal attorneys and an attorney who will go in and speak to him.”

Advocates for Worsley at the progressive nonprofit outfit Alabama Appleseed said they believed they presented Junkin with an ironclad case for community supervision.

According to court documents provided to Fox News, Junkin was presented with community supervision that included an employment offer from BLOX LLC., a design, manufacturing and construction company in Bessemer, Ala. The offer letter from BLOX included a promise to help the Worsleys find stable housing in the area.

The State of Alabama Department of Veterans Affairs (VA) penned a letter to Junkin that promised counsel to advocate for the Worsleys to the federal VA. Also submitted to Junkin were receipts for Worsley's court costs and fees, which showed a balance paid in full.

“What happened to Mr. Worsley is a predictable outcome of Alabama’s grossly punitive drug laws and the United States’ refusal to meet disabled veterans where they are or provide them with the services they need.”

“In Mr. Worsley’s case, Alabama’s justice system worked exactly as it was designed to,” Leah Nelson, a lead researcher with the Alabama Appleseed, said. “The arresting officer, judge and prosecutor each exercised discretion at various points, but ultimately, what happened to Mr. Worsley is a predictable outcome of Alabama’s grossly punitive drug laws and the United States’ refusal to meet disabled veterans where they are or provide them with the services they need.”

Worsley was deployed in Iraq during the most intense days of “the Surge” from 2006 to 2007. He cleared roadside bombs and improvised explosive devices as a combat engineer. He ultimately received a Purple Heart and a 100% disability rating from the Department of Veterans Affairs, a traumatic brain injury and PTSD expected to last the rest of his life.

Fox News spoke to Beau Armistead, the certified trauma professional who has been offering Worsley one free Eye Movement Desensitization and Reprocessing (EMDR) therapy session a week for as long as he needed it. Armistead said an uncontrolled environment like prison could cause Worsley’s condition to worsen.

“When you live with that level of hypervigilance and you’re in an environment that’s already stressful and chaotic and a bit scary, like prison, it just ramps that up and causes an extreme amount of stress,” he added.

“In order to heal from PTSD, you have to be in a safe environment. If you don’t have a sense of felt safety, you can’t heal."

Armistead’s offer for free therapy, and the benefits that Worsley could see through EMDR therapy, were included in a signed letter from his company to Junkin.

Armistead has maintained contact with Worsley through regular phone calls. At times, he said the background noise in the jail could make their conversations nearly impossible to hear.

“I can say, most probably, if not definitely, [it will] increase symptoms of PTSD,” he said. “In order to heal from PTSD, you have to be in a safe environment. If you don’t have a sense of felt safety, you can’t heal.” 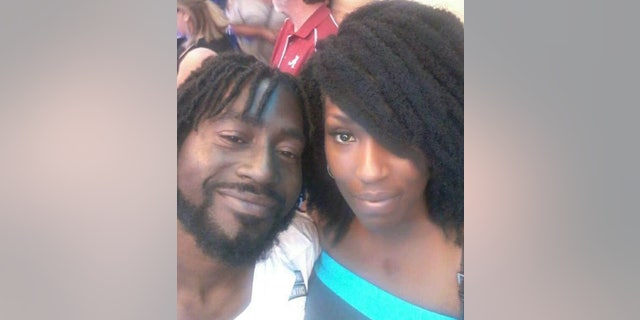 Now, the Worsleys have been searching for additional legal counsel and hoping on an appeal filed in Alabama’s legal system. Eboni said funds initially raised in the months after Sean’s arrest were dwindling. The couple was able to pay off medical and housing debts, afford initial counsel and pay for Eboni to move to Alabama to be closer to her incarcerated husband.

She has updated a GoFundMe page for Sean to afford rent and legal counsel. Beyond the immediate existential needs, Eboni said she’s worried about Sean’s mental and physical health. She’s noticed his health deteriorate while he’s been incarcerated.

“Sean has been really, really depressed,” she said. “It’s been scary. I’ve never seen or heard him like this. … I would still beg people just to write to him if they can.”