You can credit the NYPD for keeping the lid on major subway crime — but also worry about the rise in still-serious offenses underground.

Indeed, those figures, first revealed in Monday’s Post, ought to move the city’s political leaders to join Mayor Bill de Blasio in welcoming Gov. Andrew Cuomo’s move to boost subway policing with 500 state officers — as long as the new cops are integrated into the NYPD-headed chain of command.

As Craig McCarthy, Reuven Fenton and Bruce Golding reported, total subway crime is at a five-year high. (At least: The NYPD doesn’t post full public data before 2015.) That includes a 23 percent rise in misdemeanor complaints over that period.

Cops have managed to drive serious felonies down, but it’s a fundamental of NYPD community policing that a rise in low-level offenses sooner or later feeds increases in higher-level offenses. And the pressure is sure to grow as a state law ending bail for most offenses kicks in.

Yet the political class is still fretting about videos like the one of the arrest of an illegal churro peddler. That’s nuts: The city licenses and inspects public food sales above ground; the same rules must apply in the even-more-limited spaces in the subway. And the eternal menace of subway rats is ample reason to heavily limit fresh-food sales.

It’s unfortunate that some arrests get messy, but NYPD Transit Chief Ed Delatorre has it right: The “common thread in all of these incidents” of unsettling escalation “is lack of cooperation.”

In that context, the gov’s plan to add 500 officers to the MTA’s police force will require careful execution. With a good chunk of the public treating basic, necessary law enforcement as if it were some kind of outrageous crackdown, these new cops could inadvertently trigger incidents if they don’t receive proper training and supervision.

The NYPD’s leaders have the experience to turn the subway-crime trends around — if they’re not sabotaged by city and state politicians trying to score points for themselves. 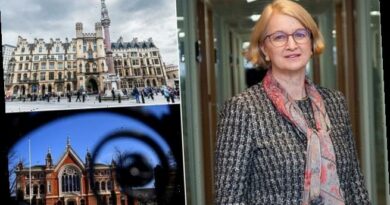 Xi warns Chinese people are ‘not to be trifled with’ in indirect attack on U.S.