A LEADING health expert who warned meeting at Christmas could mean "burying relations in January" is a Labour supporter and former donor.

Professor Gabriel Scally's stark message came amid reports the Governmentis keen to relax lockdown restrictions to allow up to four households to meet over the festive period. 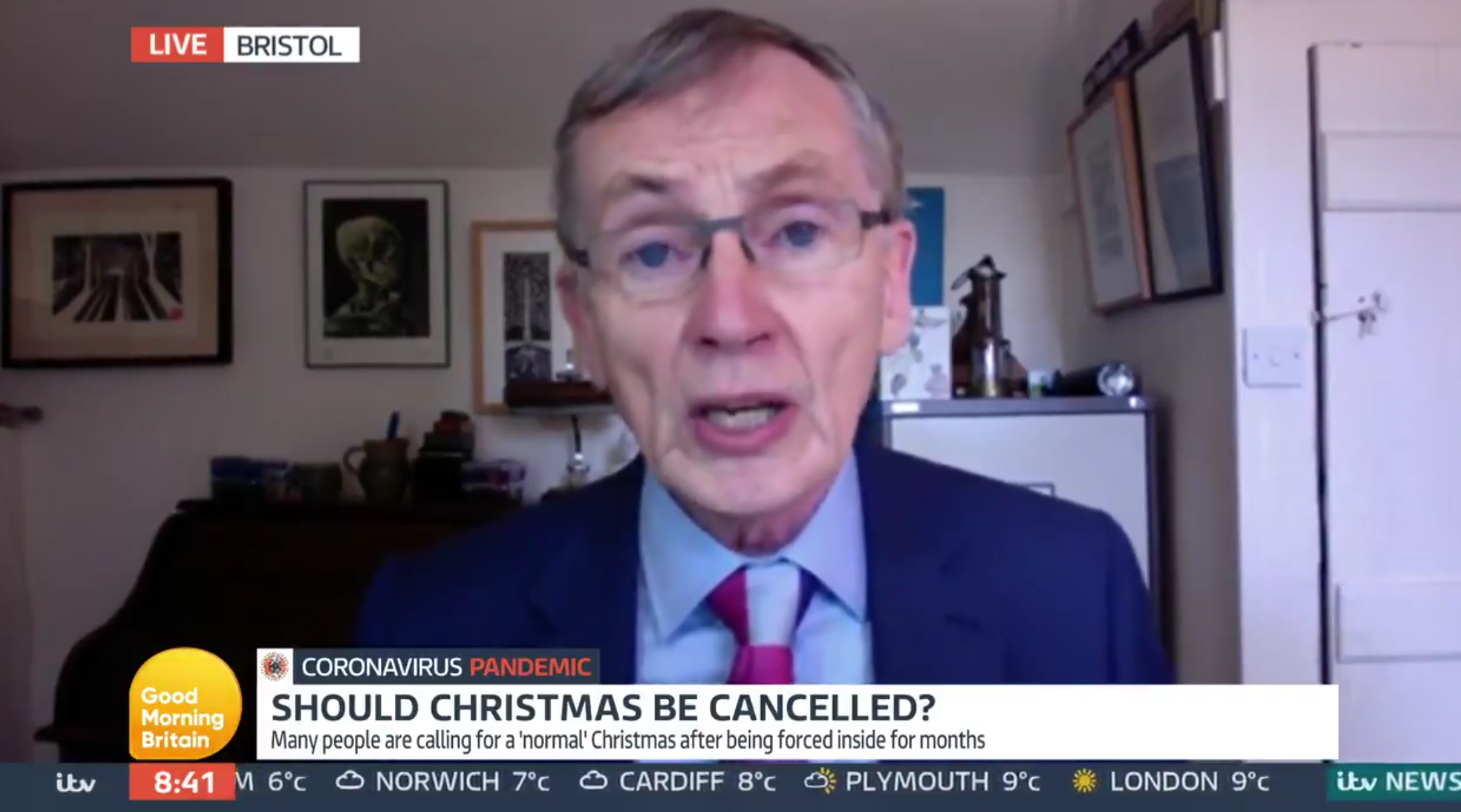 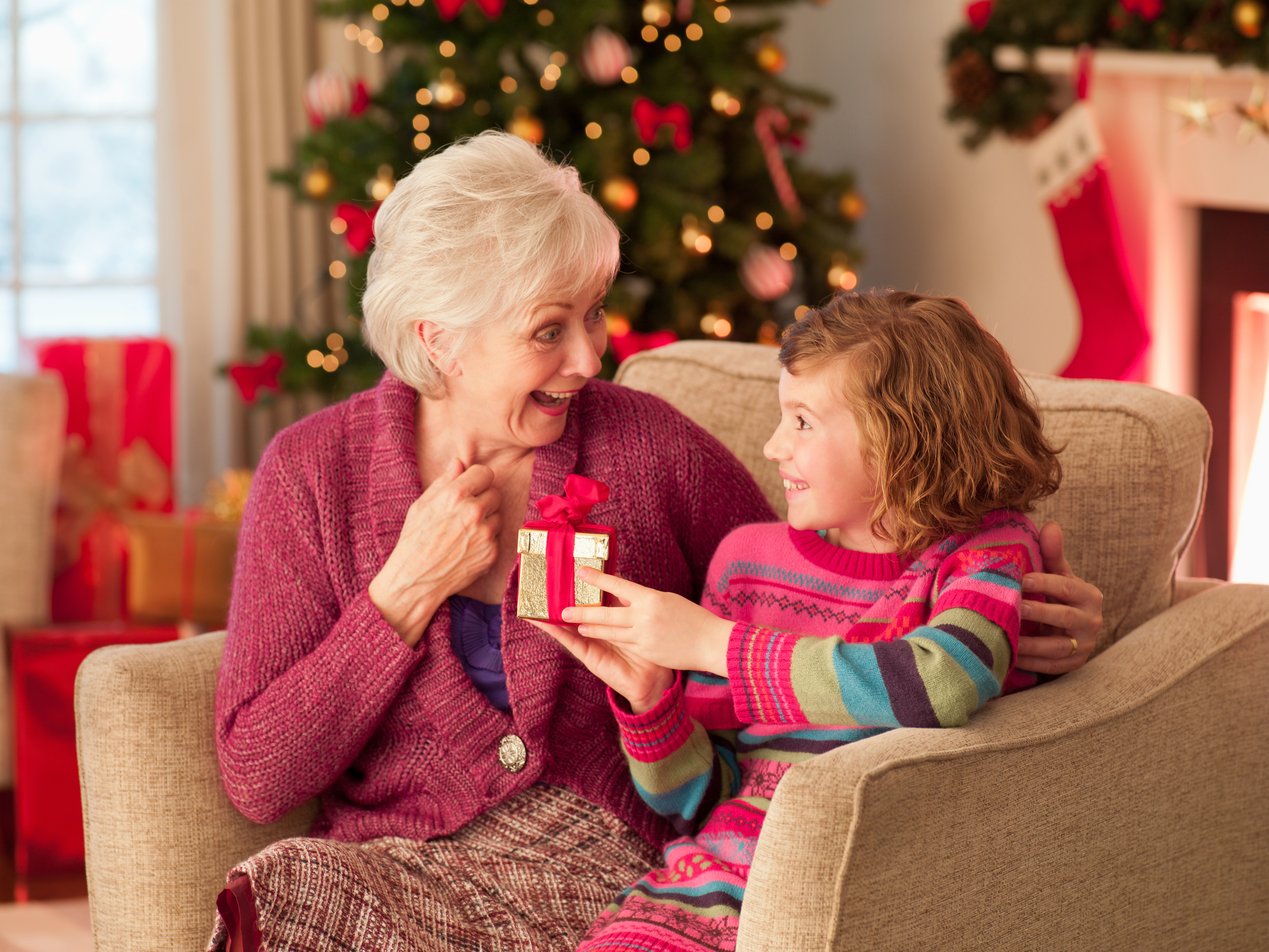 The Professor of Public Health at Bristol University and member of Independent Sage also contributed towards Mr Burnham's bid to become Manchester mayor.

Earlier this year, he tweeted his support for Sir Keir Starmer as he bid to become Labour leader.

He posted: "I'm delighted that Keir Starmer is standing to be leader of the Labour Party, and I'm with him.

"He is exactly the leader that Labour and the country needs. For the NHS, climate change and to lead a high quality Labour frontbench against the Tories."

In 2012, he resigned from his £200,000 job as the Department of Health's regional director of public health for the south-west of England, citing concerns about the then-Conservative and Lib Dem coalition government's health policies.

Government plans for a five-day reprieve starting on Christmas Eve have been criticised by health experts, including Professor Scally.

He told Good Morning Britain: "There is no point in having a very merry Christmas and then burying friends and relations in January and February."

He warned Christmas would be a "dangerous time" and would allow the "virus to spread".

Prof Scally, a member of Independent Sage – a rival group to the Government's own advisers – added: "We need to think very seriously about Christmas and how we're going to spend it.

"It’s too dangerous a time and opportunity for the virus to spread."

He highlighted that people could face 25 days of lockdown in January to make up for the "jollity" over the festive period.

But he said the lockdown would pale into insignificance compared with the number of people who could get Covid and spread it over Christmas. 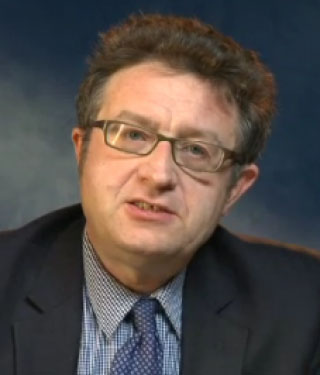 After appearing on the show he tweeted: "We have not made nine months of sacrifices to throw it all away at Christmas."

He warned that at the exact moment we are on the "cusp of protecting the elderly", we risk undoing all the good work by focusing "too much" on Christmas.

Speaking in a personal capacity, he told BBC Radio 4's Today programme: "Mixing at Christmas does pose substantial risks, particularly in terms of bringing together generations with high incidence of infection with the older generations who currently have much lower levels of infection and are at most risk of dying if they catch Covid.

"My personal view is we're putting far too much emphasis on having a near-normal Christmas.

"We know respiratory infections peak in January so throwing fuel on the fire over Christmas can only contribute to this."

His comments come after it was revealed that families may be able to form social "bubbles" with up to four households for five days of "freedom" over the festive period.

The move would allow relatives to spend several days together and wouldn't have to choose between grandparents.

This paves the way for 25 days of lockdown in the New Year.

Ministers are due to announce a new system of regional restrictions next week for the period after December 2.

Prof Hayward said celebrating Christmas could diminish the progress the country has made in terms of driving down infection rates of the virus.

He said: "We're on the cusp of being able to protect those elderly people who we love through vaccination and it would be tragic to throw that opportunity away and waste the gains we've made during lockdown by trying to return to normality over the holidays."

The elderly had been forced to shield during the first Covid lockdown and while restriction slightly eased for the second round of restrictions, many have been unable to see loved ones for months.

Prof Hayward said the messaging from the government was “inconsistent” and added that there would be a cost for families coming together.

One of the costs, it was revealed yesterday, would be a 25-day lockdown in January to pay for the mixing in December.

Dr Susan Hopkins yesterday morning told a Downing Street briefing we would need "two days of tighter measures" for every day we ease lockdown after December 2.

But by yesterday afternoon PHE said it was actually five days, not two. 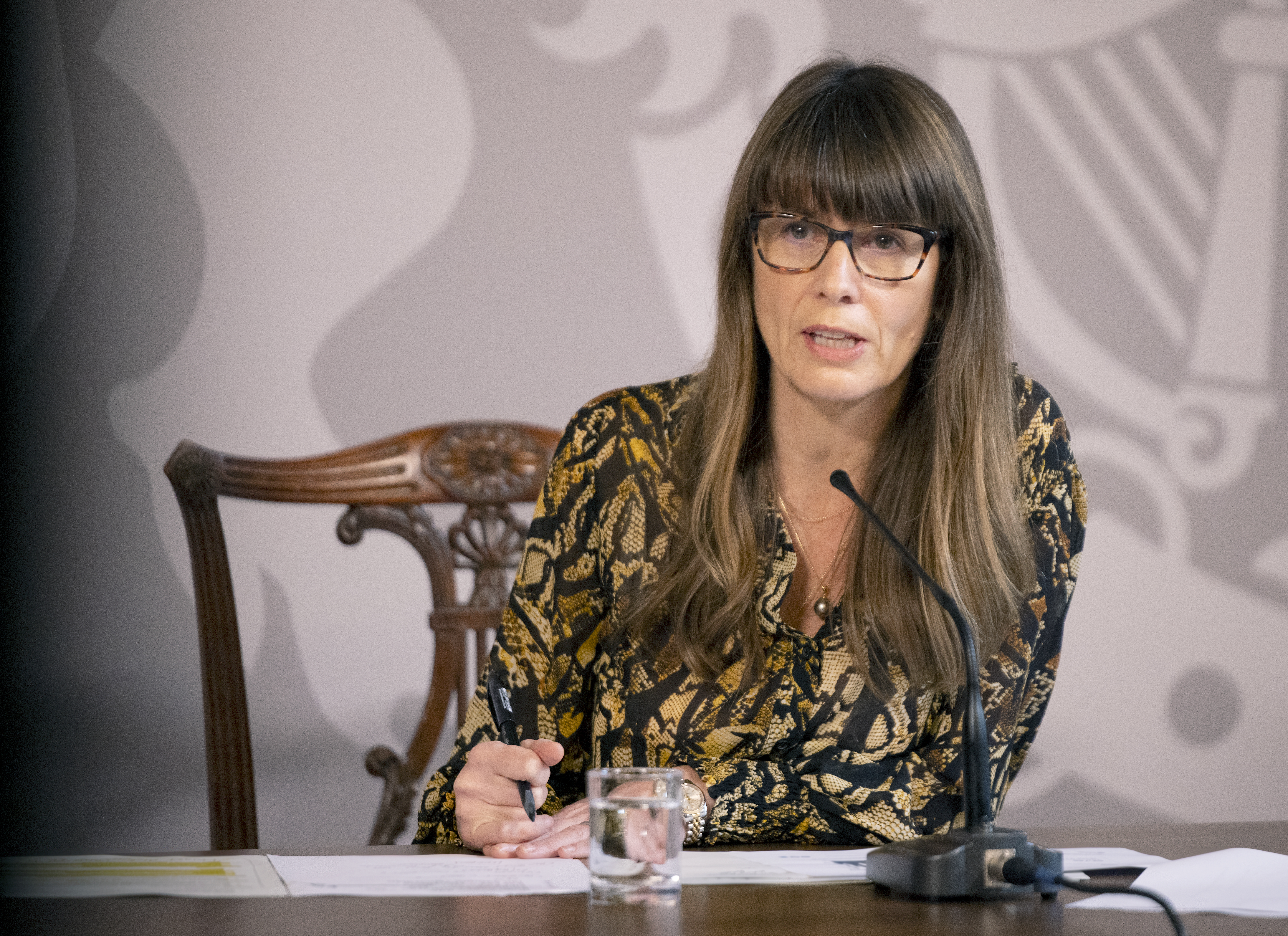 Instead of 10 days of lockdown to pay for five days over Christmas, as was earlier suggested, it would actually amount to 25 days of added pain.

Referring to previous advice from Sage scientists, Dr Hopkins said "every day we release we need two days of tighter restrictions", to reduce the number of contacts we have.

But the correction pointed out: "At the press conference this morning when the panel were asked about Christmas plans, in answering, Susan Hopkins referred to 'Sage advice previously' as showing that for every one day of 'release' two days of tighter restrictions would be needed.

"She misspoke here, the Sage advice actually referred to modelling indicating that for every one day of relaxation five days of tighter restrictions would potentially be needed."

Prof Hayward added: "When policies are undulating between stay at home to save lives, eat out to help out, the tier system, second lockdown and proposals for an amnesty on social distancing, it's a highly inconsistent message.

"Whereas in fact the things that people need to do to stay safe and to keep their loved ones safe are relatively simple. 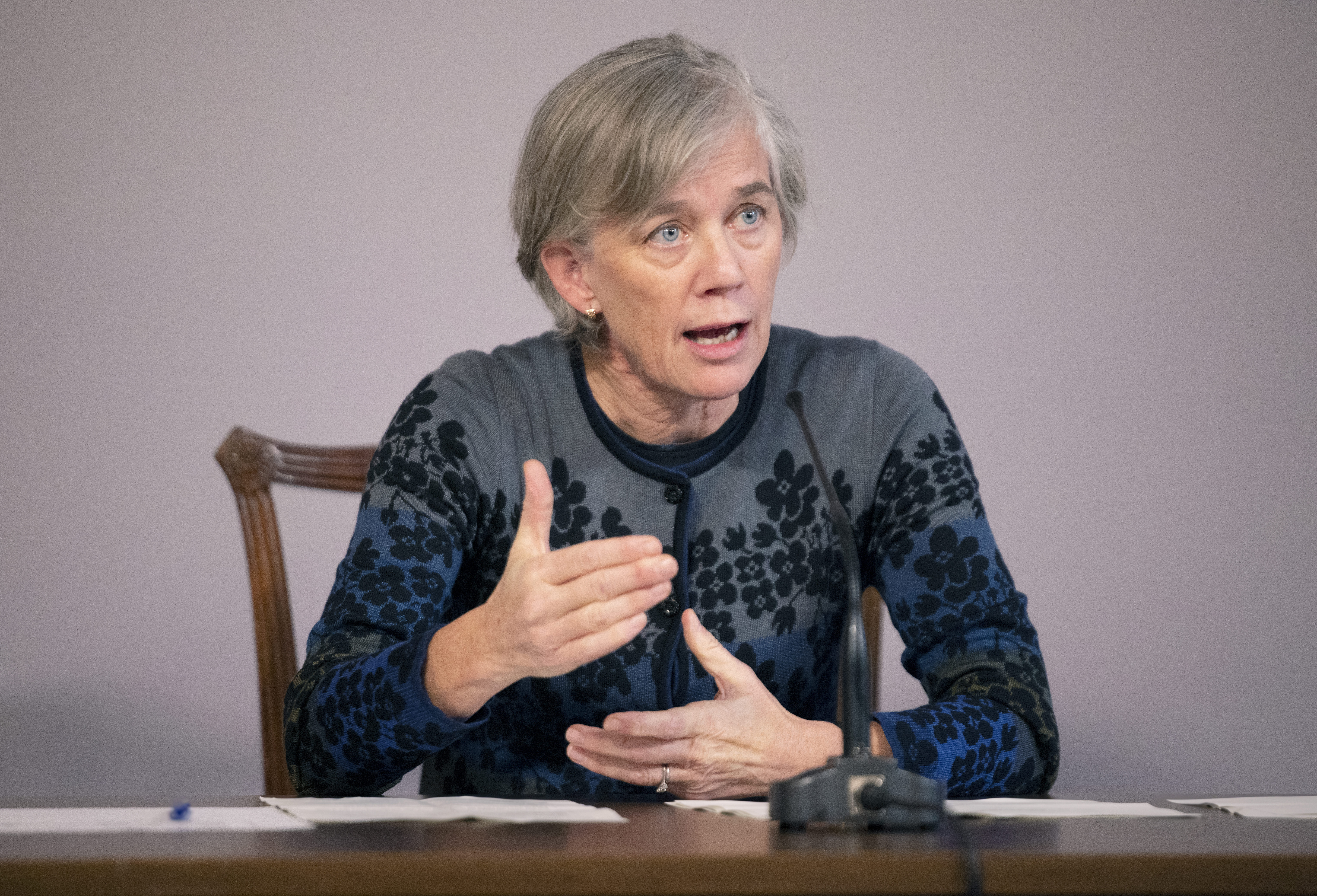 "Avoid, as far as possible, indoor close contact with people outside of your household, avoid crowded places and protect the most vulnerable by not putting them at unnecessary risk."

During the PHE conference yesterday Dame Angela McLean highlighted that the R rate in the UK was between 1 and 1.2, but said that this would need to be below 1 if the infection was to stop spreading.

Prof Hayward added that approaching 1 “isn’t good enough” and said that this means the infection rate is still increasing.

He added: "It needs to be clearly below 1 and it needs to get to low levels, rather than the high levels that we still have."

WW3: China and Russia hint at new MOST POWERFUL military alliance EVER set to destroy US

WGES 2020: What should gaming companies be wary of when getting into blockchain?
We and our partners use cookies on this site to improve our service, perform analytics, personalize advertising, measure advertising performance, and remember website preferences.Ok