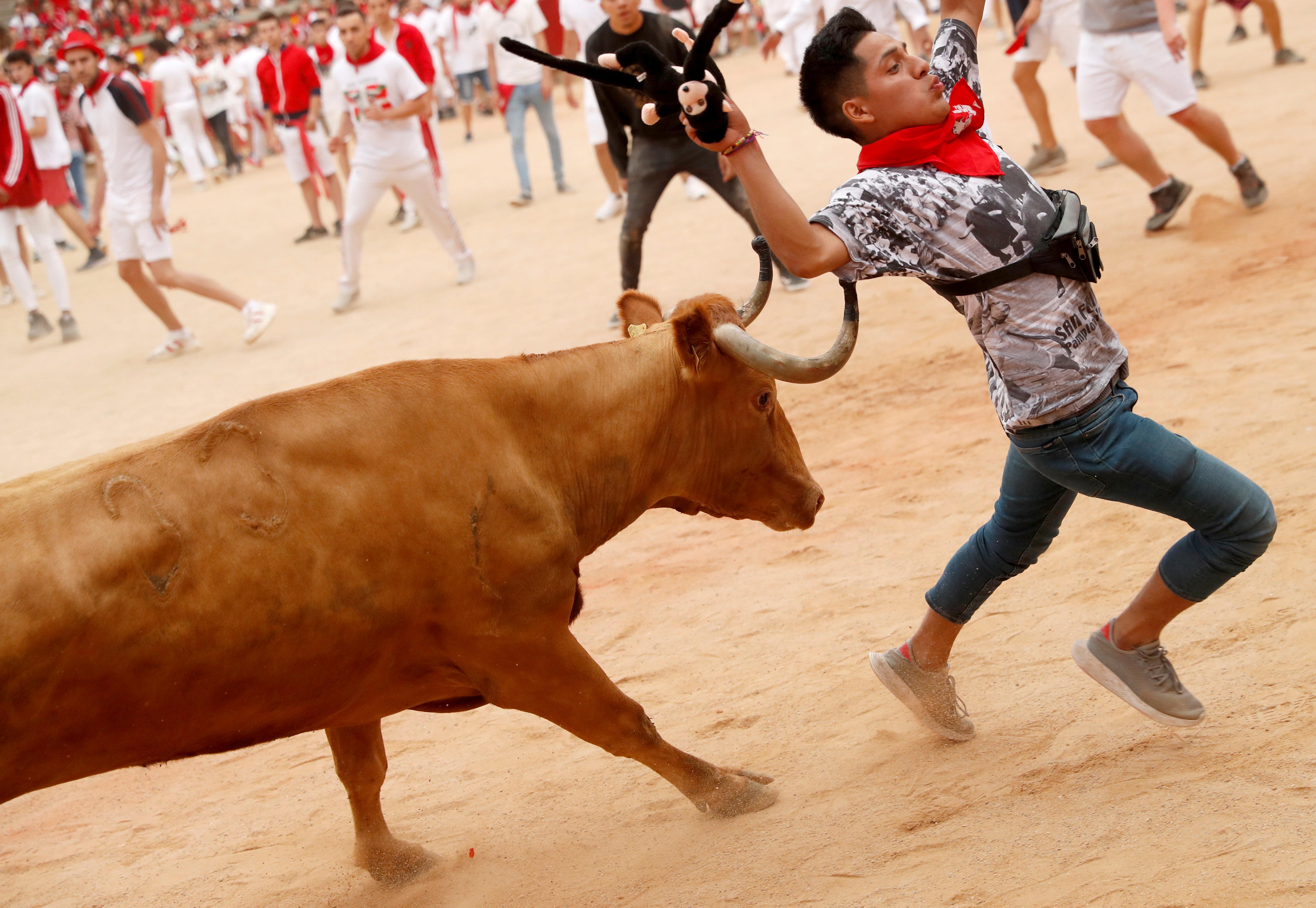 PAMPLONA, Spain (Reuters) – Eight runners were hospitalized, three of them with goring injuries, on the crowded last day of the annual San Fermin bull-running festival in the Spanish city of Pamplona, the Red Cross said on Sunday.

Each morning from July 7-14 thousands of people, many wearing traditional white shirts with red scarves, line the narrow streets of the medieval city to take part in the centuries-old tradition of running with the bulls.

In an 875-metre (950-yard) chase, half a dozen, specially bred aggressive bulls race from their pen along a winding course to the city’s bull ring, with some people from the crowd running alongside while trying to dodge horns and stampeding hooves.

The three runners gored by bulls had injuries in the armpit, arm and leg, a medical official told the press.

The bulls are killed in a ring later in the day in front of an audience during a bullfighting show.

Schoolboy, 13, had cardiac arrest and died after breathing in too much deodorant

Swiss Savers View Cryptocurrencies as Option, Now That Bank Accounts Don’t Save Them From Inflation

How Does Bitcoin Distribution Compare to Wealth Inequality?

Tron Community in Uproar as Genesis Coins Used in Super Reps Vote
We and our partners use cookies on this site to improve our service, perform analytics, personalize advertising, measure advertising performance, and remember website preferences.Ok