European countries will be advised to open borders to countries with similar coronavirus risk profiles, under a plan to aid the tourism sector being discussed in Brussels.

The European commission is expected on Wednesday to recommend a three-phase approach to reopening borders that brings together member states with “similar overall risk profiles”, according to a leaked version of the draft seen by the website Euractiv.

But it remains unclear whether the commission will throw its weight behind “tourism corridors”, whereby member states make bilateral deals to open to each other’s tourists.

What is the future for travel and immigration in age of Covid-19?

The EU includes some of the countries worst hit by the pandemic – notably Spain and Italy – but others such as Greece and the Czech Republic that limited its impact.

Senior EU officials acknowledge they cannot stop governments from striking such bilateral deals, but continue to argue against selective treatment. “Member states cannot open borders for citizens from one EU country, but not from others. This is essential,” the EU home affairs commissioner, Ylva Johansson, told MEPs last week.

Separately, Boris Johnson and Emmanuel Macron were said to be working on a deal that could allow their citizens to travel freely between the UK and France over the summer.

The UK prime minister and French president were reported by the Sun newspaper to be working on a travel corridor, aimed at allowing British tourists to visit France in the summer and vice versa.

Keeping the corridor open would depend on both countries maintaining a downward trend in coronavirus cases and a similar rate of contagion. The agreement would also apply to Ireland, which is part of a common travel area with the UK.

The British government has exempted travellers from France from having to go into a 14-day quarantine that will apply to most international visitors. But for now citizens of both countries are being advised not to travel to holiday homes.

By the peak summer season, travellers across the EU will be able to check an interactive map drawn up by the European commission’s science service that will provide information on the latest border controls and travel conditions, under the commission plans. The EU executive will also call on member states to construct preparedness plans in case of a second wave of coronavirus.

Coronavirus: should everyone be wearing face masks?

The World Health Organization (WHO) guidance on face masks has remained consistent during the coronavirus pandemic. It has stuck to the line that masks are for healthcare workers – not the public.

“Wearing a medical mask is one of the prevention measures that can limit the spread of certain respiratory viral diseases, including Covid-19. However, the use of a mask alone is insufficient to provide an adequate level of protection, and other measures should also be adopted,” the WHO has stated.

Nevertheless, as some countries have eased lockdown conditions, they have been making it mandatory to wear face coverings outside, as a way of trying to inhibit spread of the virus. This is in the belief that the face covering will prevent people who cough and sneeze ejecting the virus any great distance.

There is no robust scientific evidence – in the form of trials – that ordinary masks block the virus from infecting people who wear them. There is also concerns the public will not understand how to use a mask properly, and may get infected if they come into contact with the virus when they take it off and then touch their faces.

Also underlying the WHO’s concerns is the shortage of high-quality protective masks for frontline healthcare workers.

Nevertheless, masks do have a role when used by people who are already infected. It is accepted that they can block transmission to other people. Given that many people with Covid-19 do not show any symptoms for the first days after they are infected, masks clearly have a potential role to play if everyone wears them.

Travel bans, grounded planes and closed borders caused by the pandemic response are proving disastrous for Europe’s tourism industry, which accounts for 10% of the union’s economic output, and more in Italy, Spain, Croatia and Greece.

The United Nations World Tourism Organization predicted in March that global visitor numbers could fall by 20-30% in 2020, leading to losses of $450bn (£362bn), but that now looks like an underestimate.

The commission has pledged to prioritise tourism in an EU recovery plan that is still being worked on.

Meanwhile, the commission has declined to back a call by more than a dozen EU member states calling for a relaxation of passenger rights rules that would allow cash-starved airlines to reimburse people with vouchers rather than money for cancelled flights.

The commission is expected to say customers should retain the right to a cash refund, but will propose common rules for vouchers to make them as attractive as possible. 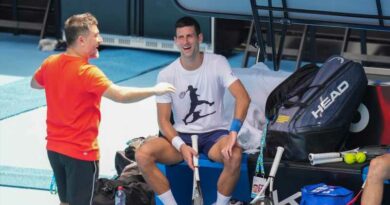 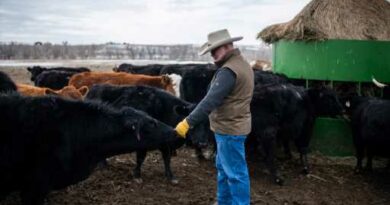