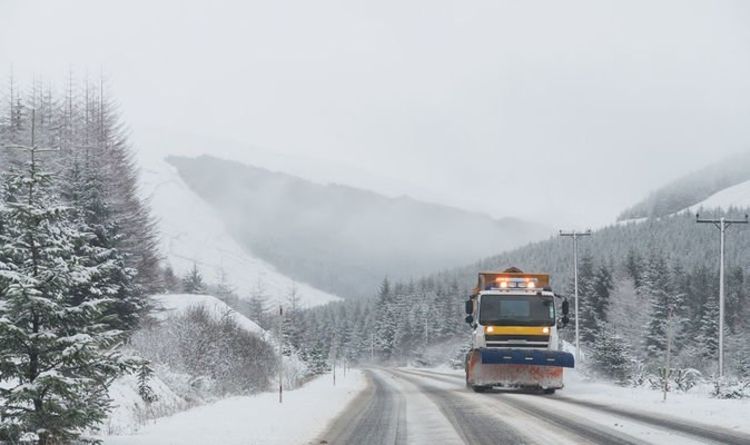 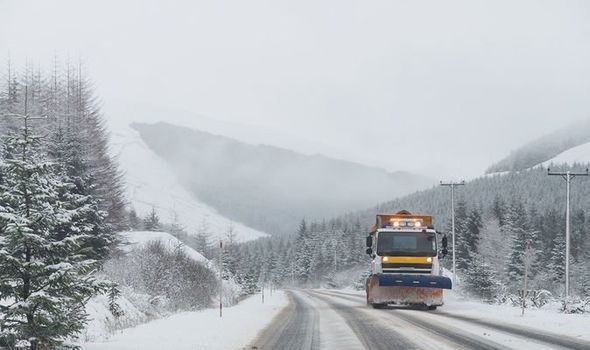 One forecaster warned that a so-called “snowbomb” was being carried this way by Storm Carrie ‑ the third storm set to hit the UK so far this winter. It is due to arrive on December 27 and dump nearly half an inch of snow within an hour in the north, according to forecasters atVentusky.

Storm Carrie follows Arwen and Barra, which both brought chaos to Britain including power cuts for hundreds of thousands of homes.

The Met Office said a white Christmas could be possible for some northern parts of the UK while much of the country is likely to see colder but bright weather.

Bookmaker Coral confirmed odds have been slashed for all major UK cities, with Edinburgh topping the betting for the most likely to see snow and Newcastle just behind.

Met Office meteorologist Annie Shuttleworth said: “We could see some snow showers over the hills in northern parts of the UK ‑ it’s the most likely place to see any snow.

“You couldn’t rule out some sleety snow further south, but there’s a really big question mark on it.”

She said in the run-up to the big day, tomorrow was “likely to be the best day of the week”.

This will give way to a contrast in conditions by Thursday and Friday. Milder temperatures with cloud and rain are expected in the South, with colder, brighter weather in the North.

Get the latest three-day weather forecast where you live. Find out by adding your postcode or visit InYourArea

Ms Shuttleworth said: “It’s that boundary between the cold and the warm air which is where the uncertainty is, and that’s where the greatest risk of seeing any snow or sleet is.

“We’re expecting to see some snow in the lead up to Christmas, but it is likely to be over high ground and if anything did fall at lower levels, we anticipate that to largely be quite sleety and to not last very long.”

That is most likely anywhere north of the Midlands to Scotland.

She added: “We could see that colder weather push further south, so more areas will be seeing that colder, clearer weather by Christmas Day.”