Strike action at Heathrow Airport will begin on December 25 and end on January 2 as trade union Unite claims its 840 members face pay cuts and changes to their terms and conditions.

News of the strike comes amid chaos at British ports with the perfect storm of Covid, the festive rush and Brexit stockpiling.

Container pileups at Southampton, Felixstowe and London Gateway mean Christmas presents may go undelivered and food could go off at the dockside. 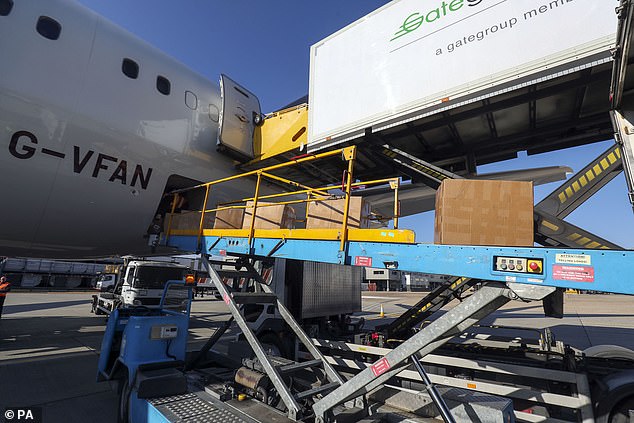 Unite assistant general secretary Howard Beckett said: ‘Unite has bent over backwards to give British Airways the opportunity to make a fair offer to its cargo workers and it has failed to do so.

‘As a consequence Unite has no option but to announce strike action.’

A global shipping crisis has led to the cost of transporting goods from Asia soaring by as much as five times in recent weeks – with imports from Europe also being disrupted.

Large queues of lorries were seen outside the port and Channel Tunnel this week, as hauliers travelling to and from the UK and Europe say they had not seen such volumes in 30 years. 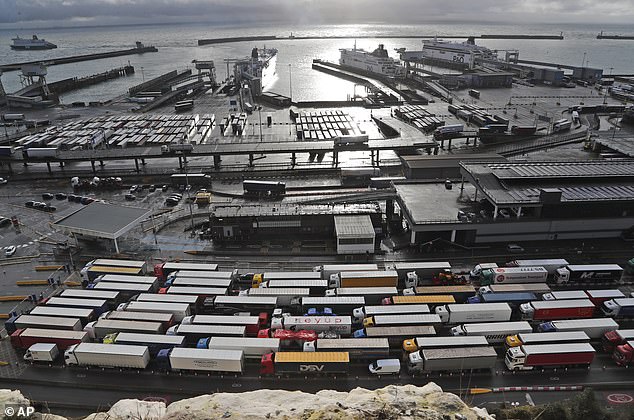 News of the strike comes as chaos at British ports continues with the perfect storm of Covid, the festive rush and Brexit stockpiling. Pictured: Lorries in Dover today

Covid has disrupted global freight schedules and sparked a shortage of shipping containers, but the issue is now being compounded by a surge in demand for imports due to Christmas and stockpiling by firms worried about No Deal tariffs.

The British Retail Consortium today warned that retailers have seen a 25 per cent weekly rise in costs for shipping and are working overtime to rearrange and redirect incoming freight to make sure customers get their items in time for the festive seasons.

They said the crisis had been ‘compounded by the increase in demand from retailers ahead of both Christmas and Brexit’ and ‘exacerbated by the ongoing pandemic and the large shipments of PPE currently being brought into UK ports’ – and called on Transport Secretary Grant Shapps to ‘clear the logjam’. 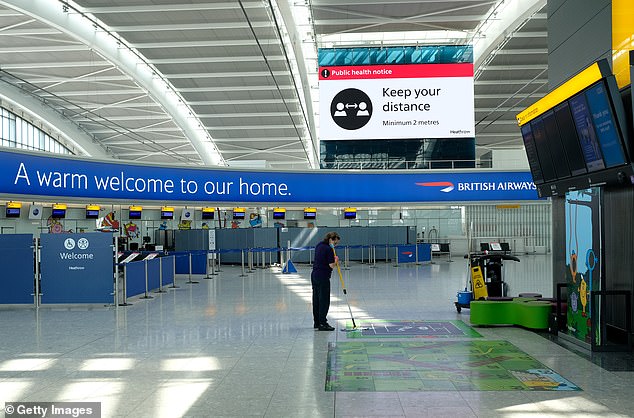 This week, Cabinet Office minister Michael Gove played politics with the UK’s shipping crisis by insisting the situation was a ‘global’ one.

He also played down claims that Brexit had caused the mayhem at ports, telling BBC Radio 4: ‘This is a global situation.

‘Sometimes people use the excuse of “Oh, Brexit ate my homework, it’s all because of Brexit” when there are other factors at work.’

It was today revealed that Heathrow Airport’s Terminal 4 will not reopen until the end of 2021 – as it emerged passenger numbers were down 88 per cent in November compared to last year.

Only one million people flew from Britain’s largest airport last month – an 88% drop from the seven million passengers recorded at the same time last year.

The drop in passenger numbers has led to the airport’s decision to keep the fourth terminal closed to travellers.

Heathrow Airport’s chief executive earlier warned the British economy will not recover from coronavirus until the aviation industry is back on its feet.

The aviation industry has been decimated by coronavirus as international travel bans have been imposed around the globe, leading to an unprecedented drop in passenger numbers. 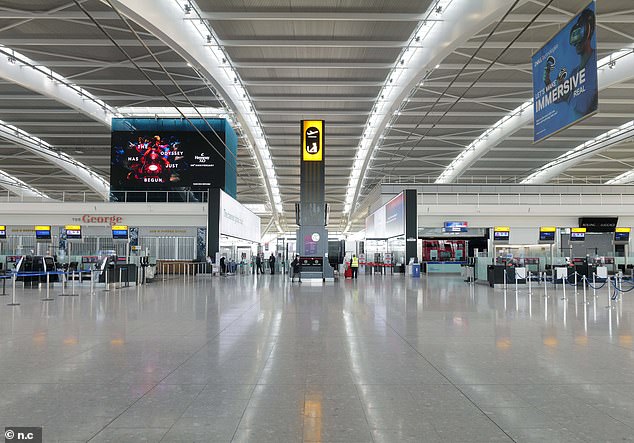 During the UK-wide coronavirus lockdown from March, Heathrow shut Terminal 3 in April and Terminal 4 in May, switching all flights to terminals 2 and 5.

The airport, which is seeking cost-savings and has put an investment project on hold, appealed to the government for more support to protect jobs.

The London airport’s chief executive, John Holland-Kaye, said the struggling aviation industry was also having a knock on effect on Britain’s economy. 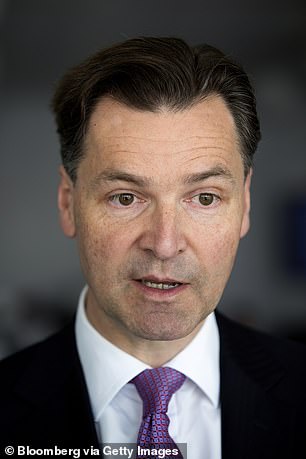 The London airport’s chief executive, John Holland-Kaye, said the struggling aviation industry was also having a knock on effect on Britain’s economy

He warned that until the nation gets flying again, we are holding back trade.

Mr Holland-Kaye told Sky News: ‘We had around one million passengers in November – normally we would have seven million passsengers coming through at this time of the year.

‘This shows not only hows devastaing this has been for aviation but for the UK economy as a while, because aviation provides our long distance trading networks.

‘Yet without those plans flying our goods are not getting to global markets.

‘Until we can get planes flying again we will be holding back the rest of the UJK economy which relies on aviation to get their goods to market.’

Heathrow is the UK biggest trading port with 40% of the UKs exports passing through the hub airport.

Passenger numbers in July during the first national lockdown was reportedly down a staggering 95 per cent year-on-year. 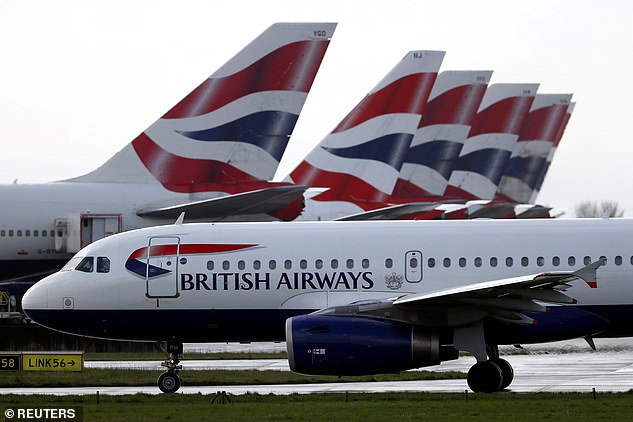 But there was a last minute dash to airports in early November ahead of a second lockdown coming into effect on the 5th.

Bookings boomed after the Government announced holidays in England and abroad would be banned from November 5 until December 2.

But travellers already on holiday – or who left before the lockdown came into effect – would not have to need to return from their trips early.

It saw passenger queues snaking around the airport as desperate Brits tried to get away before the majority of international travel was once again banned.

But the surge still meant that six million less passengers passed through the airport in the entire month compared to the same period in 2019.

The struggles of the aviation industry has seen mass redundancies.

Pilots, air hostesses, caterers and ground staff are all among those who were put on furlough to ride out the pandemic.

Britain’s major airports Heathrow and Gatwick feared they would have to cut more than a quarter of their workforce to ensure their survival. 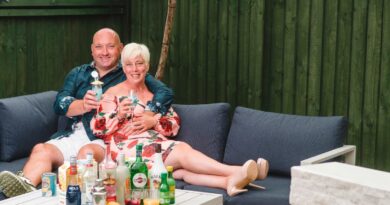