Worshippers have prayed outside a locked building, which they believed to be a temple but was in fact a disused toilet, for more than a year.

The building, in Maudaha in the Hamirpur district, was painted saffron and shaped like a temple.

Saffron is a religious colour in Hindu cultures and the building has now been painted pink to avoid any further confusion. 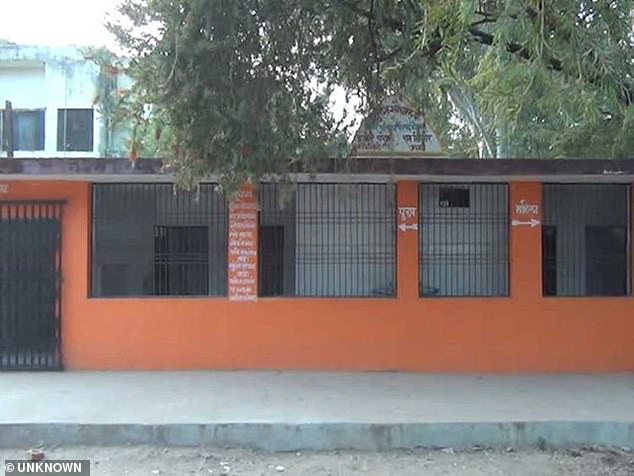 Worshippers have prayed outside a locked building, which they believed to be a temple but was in fact a disused toilet (pictured), for more than a year

Local residents prayed and performed puja (a religious ritual) outside the locked doors of the toilet building for more than a year before realising their mistake.

Chairman of the Maudaha Nagar Panchayat, Ram Kishore, told Gulf News: ‘This public toilet was built by the Nagar Palika Parishad around a year ago and the contractor had it painted saffron.

‘The colour caused much confusion and people mistook it for a temple.’

The toilet makeover has reportedly cleared up previous confusion but the building still isn’t functional and remains locked. 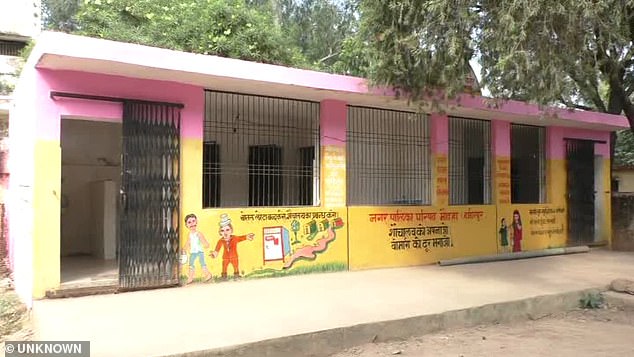 The toilet, in Maudaha in the Hamirpur district, has now been painted pink which has reportedly cleared up the confusion

Honey Singh, who runs a general store near the toilet, told News 18: ‘I have a shop in front of the toilet and due to its colour, people used to mistake it for a temple and would bow down in front of it.

‘After the colour was changed, the confusion seems to have cleared.’

Deep saffron is representative of sacrifice, religious abstinence and a quest for light and salvation.

It is the most sacred colour for Hindus and is often worn by those who leave their home to search for ultimate truth.