Christmas really is over! Hundreds of discarded trees litter Britain’s streets on day you are supposed to get rid of your festive fir to avoid a whole year of bad luck

Abandoned Christmas trees, that just days prior sat proudly in the rooms of millions of homes, are being thrown out across the UK as the festive season draws to a close.

The discarded trees lay in piles at a car park in Sunninghill Centre in Berkshire, as festive revellers across the country decided to wave goodbye to their decorated trees on the twelfth day after Christmas.

In an effort to embrace the new year and avoid any bad luck they might incur according to superstition, revellers left their trees, that were once decorated with colourful lights and tinsel, at the collection site before going about their daily activities.

The old and forgotten trees, which now looked worse for wear, will later be removed, shredded and turned into compost and soil conditioner by the Royal Borough of Windsor and Maidenhead council.

According to tradition, trees should be taken down on the 12th night of the festive calendar, also known as Ephiphany, which falls on January 5.

In the Christian calendar, Ephiphany, which comes from Greek word meaning ‘manifestation’, commemorates the day that a star led the three kings or wise men, to the baby Jesus.

The scenes come after the packaging company GWP Group revealed that eight million Christmas Trees, totalling 12,000 tons in weight, are bought every year. 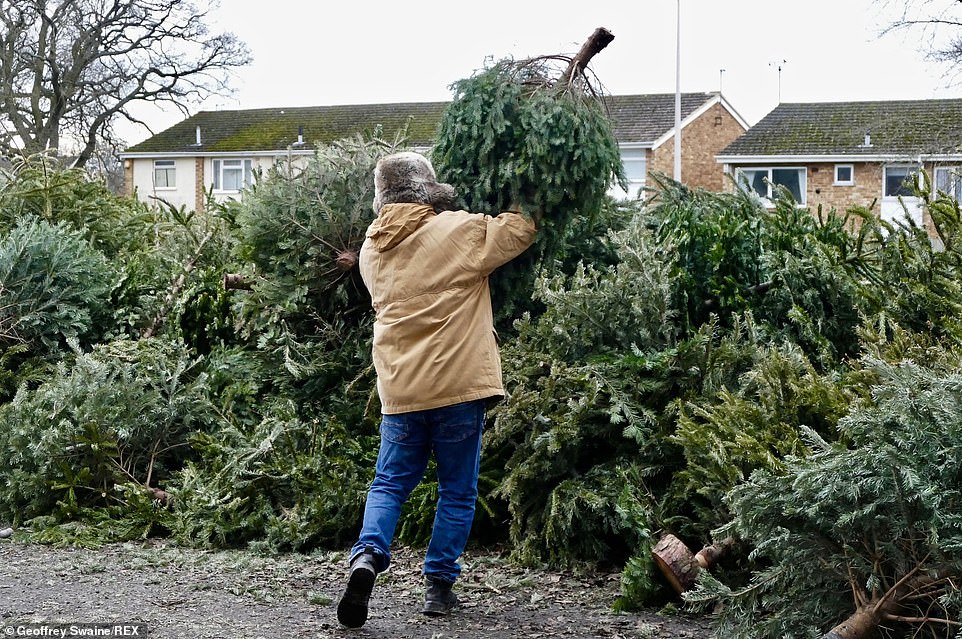 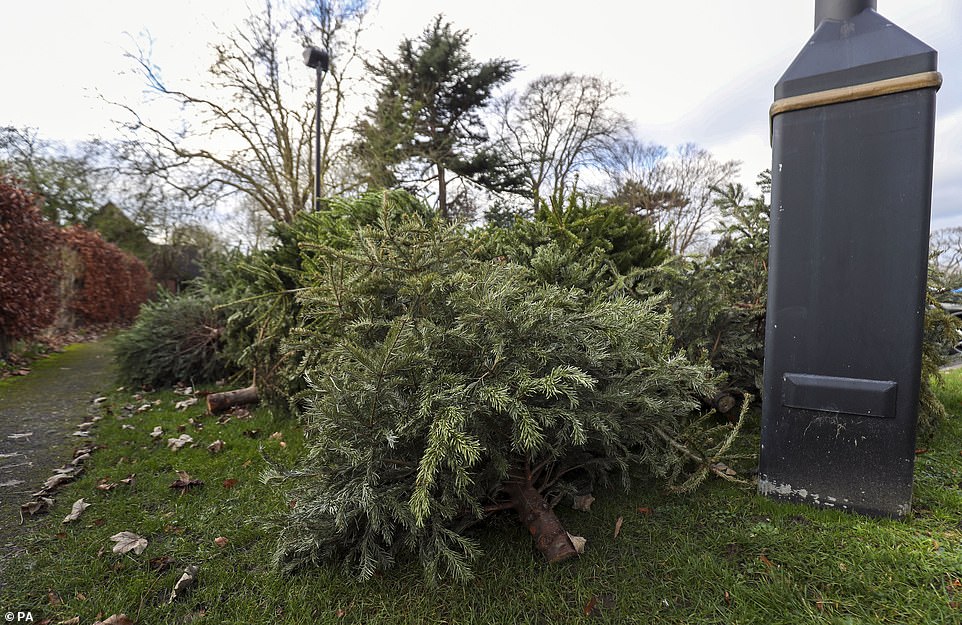 An old tree is left abandoned at a collection site at Sunninghill Centre in Bray, Berkshire, as people decide to embrace the new year and avoid any bad luck 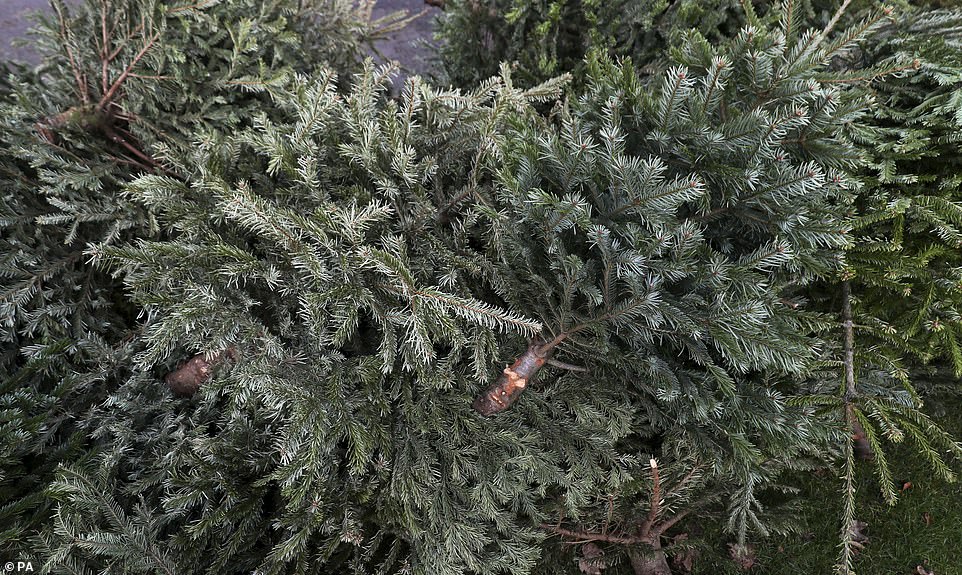 The trees sit in piles at the collection site in Bray, Berkshire, as festive revellers embrace the new decade and throw away their Christmas trees 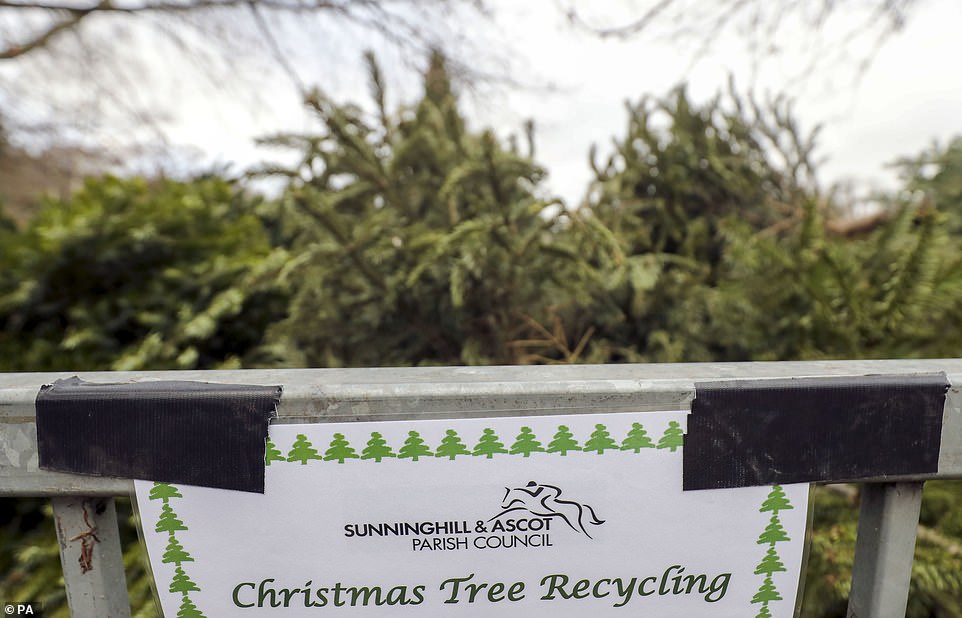 The trees, which were left at a collection site in Berkshite, will later be collected by the Royal Borough of Windsor and Maidenhead council and recycled 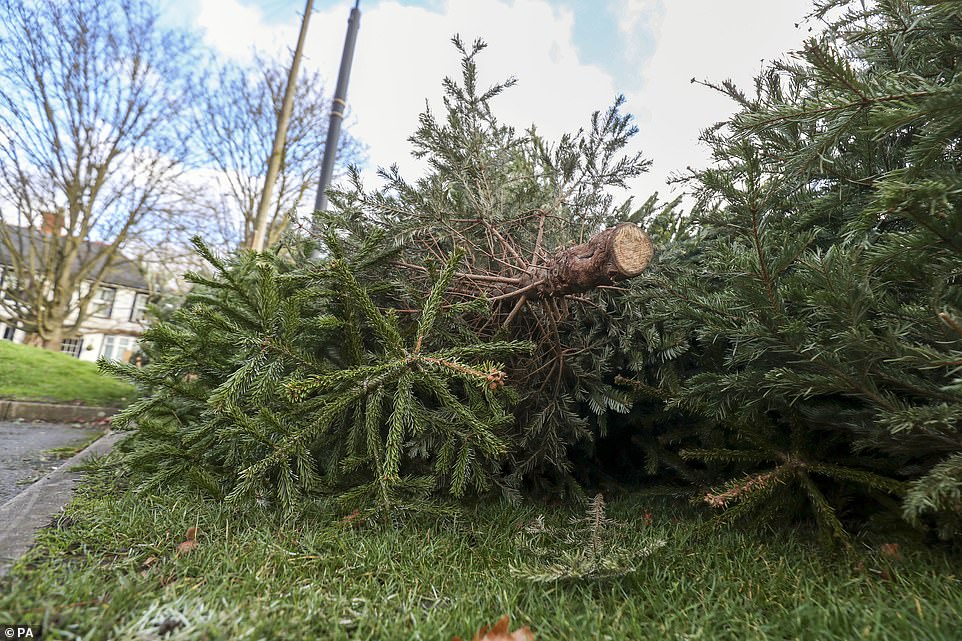 The discarded trees, which once sat in the rooms of millions of homes in the UK, will be removed and shredded by the council before being turned into compost 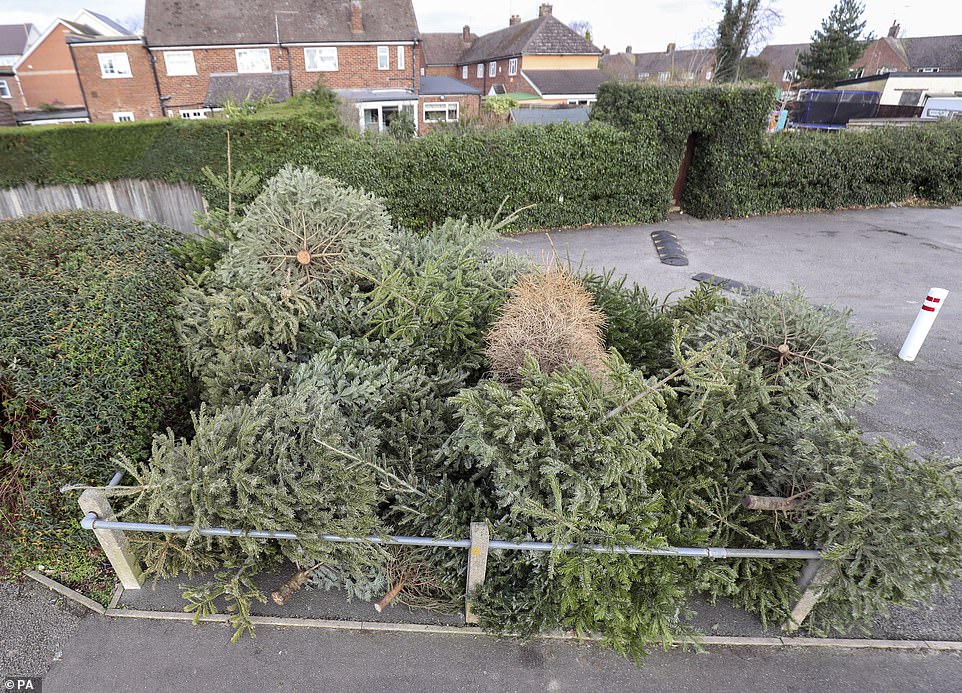 The old and forgotten Christmas trees, which will soon be turned into soil conditioner, were left at the collection site on January 6 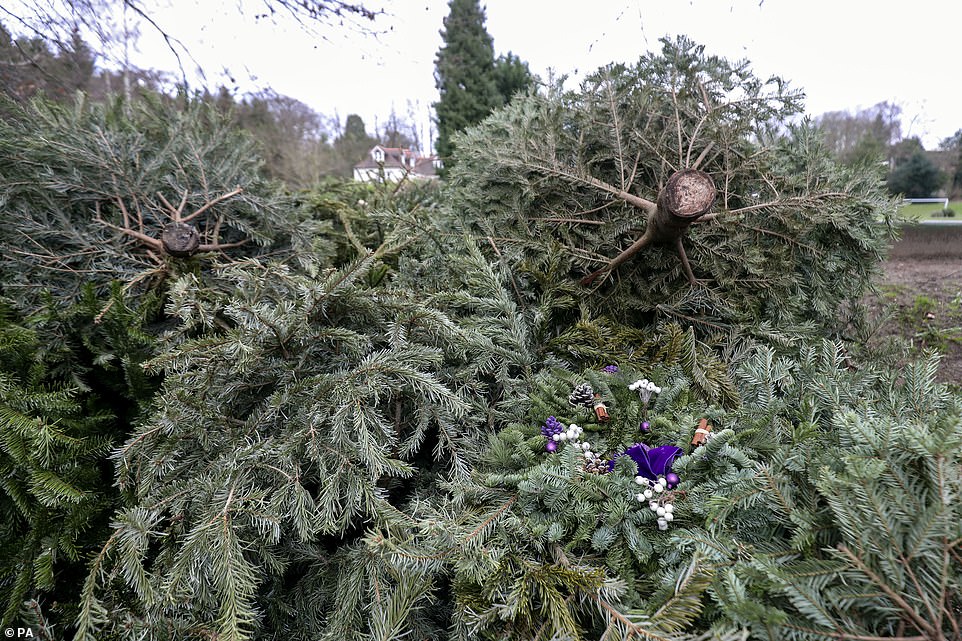 According to Christian tradition, trees are to be taken down on the twelfth night of the festive calendar- which is also known as Ephiphany 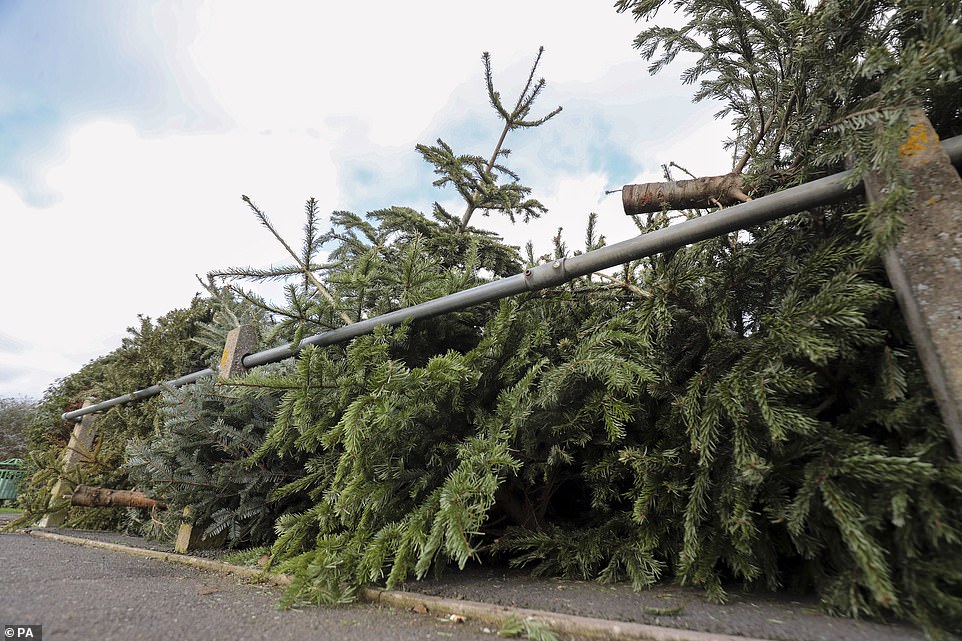 The trees, which were once  decorated with colourful lights and tinsel, lay on the ground at the collection site as revellers decided to wave goodbye to the festive period 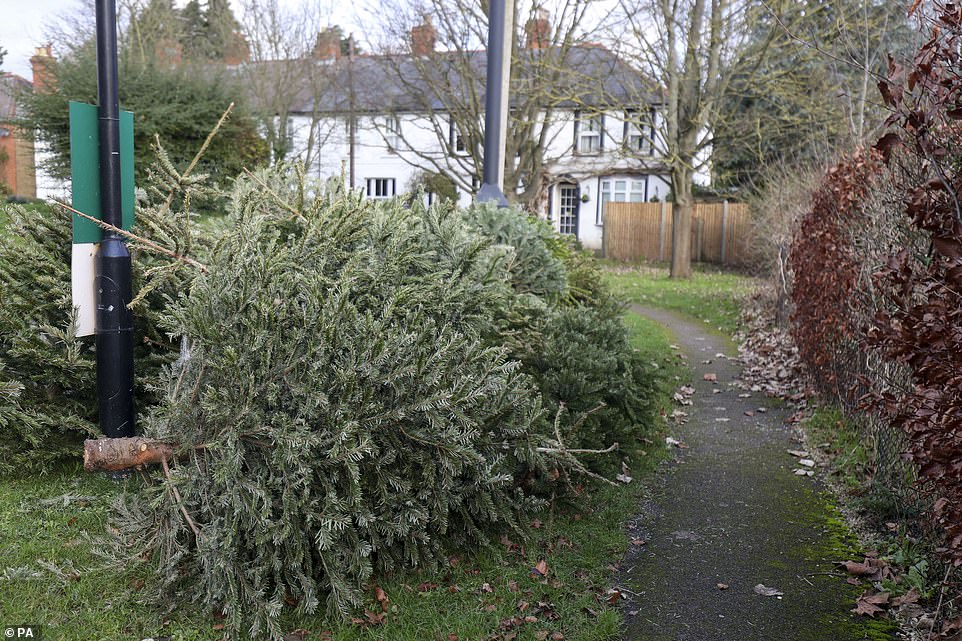 The worse for wear trees will later be removed, shredded and turned into compost and soil conditioner by the Royal Borough of Windsor and Maidenhead council

Elephant rams a safari truck and shatters its windscreen