THE Tories recently ditched their failed leader, replacing the mediocre Theresa May with the far more dynamic Boris Johnson.

But Labour are still lumbered with their dismal, discredited chief. 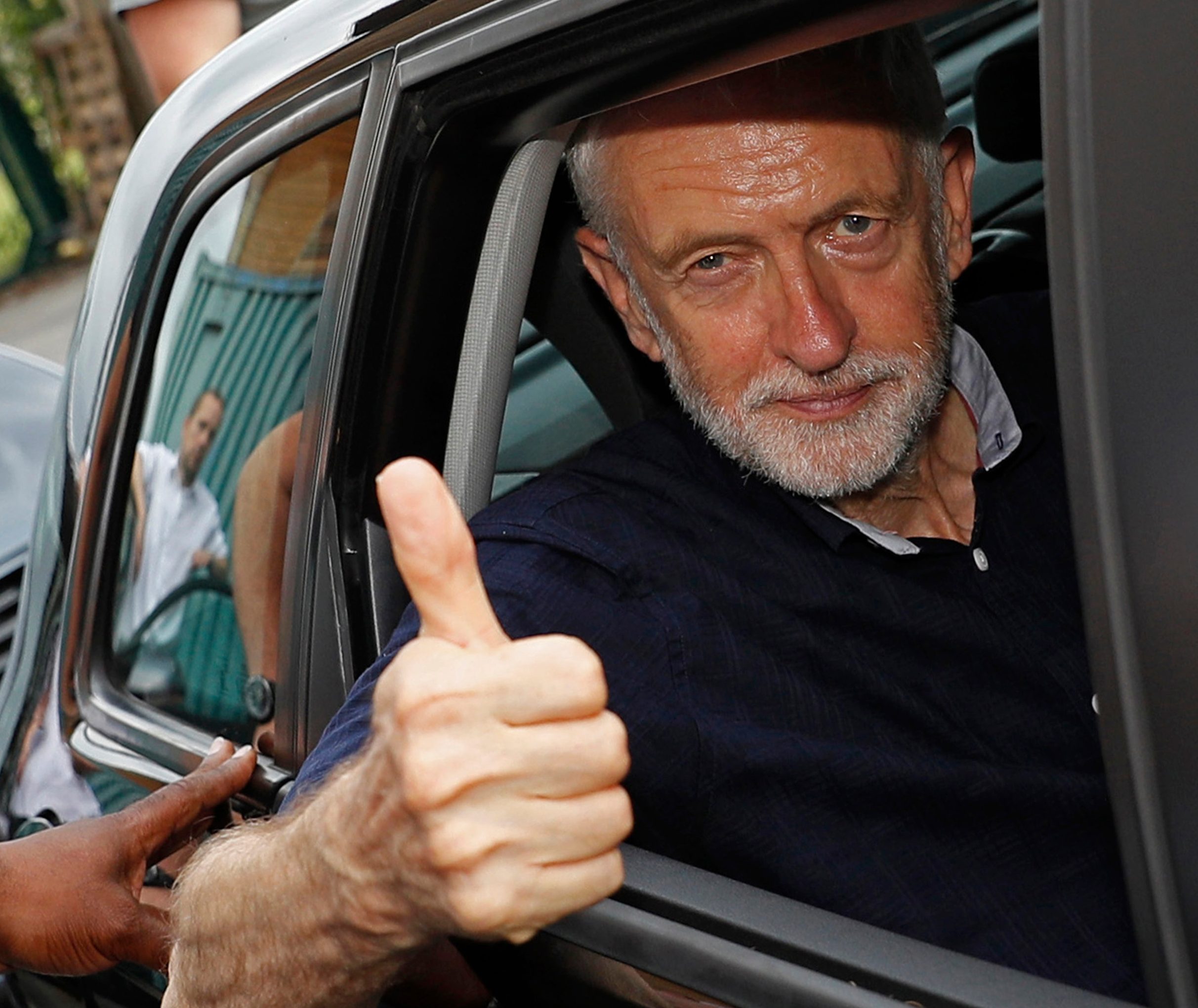 Even as Jeremy Corbyn sinks deeper in the mire of unpopularity, his party makes no real attempt to dump him.

Instead of taking action, Corbyn’s detractors just carp and criticise from the sidelines.

Last week’s poor result in the Brecon and Radnorshire by-election, where the Labour candidate gained just five per cent of the vote, led to a new wave of condemnation.

Former Northern Ireland Secretary Lord Hain said that Labour's performance at Brecon had been "truly dreadful", yet "our current leadership carries on regardless towards disaster".

Even more savage was another former Cabinet Minister Alan Johnson, one of the most respected Labour moderates, who said that "practically anyone" would be better in the job.

"Jeremy Corbyn is not just pious and sanctimonious, he’s useless at leading, which is why he has people around him to do his shoelaces and pull his strings," claimed Johnson. 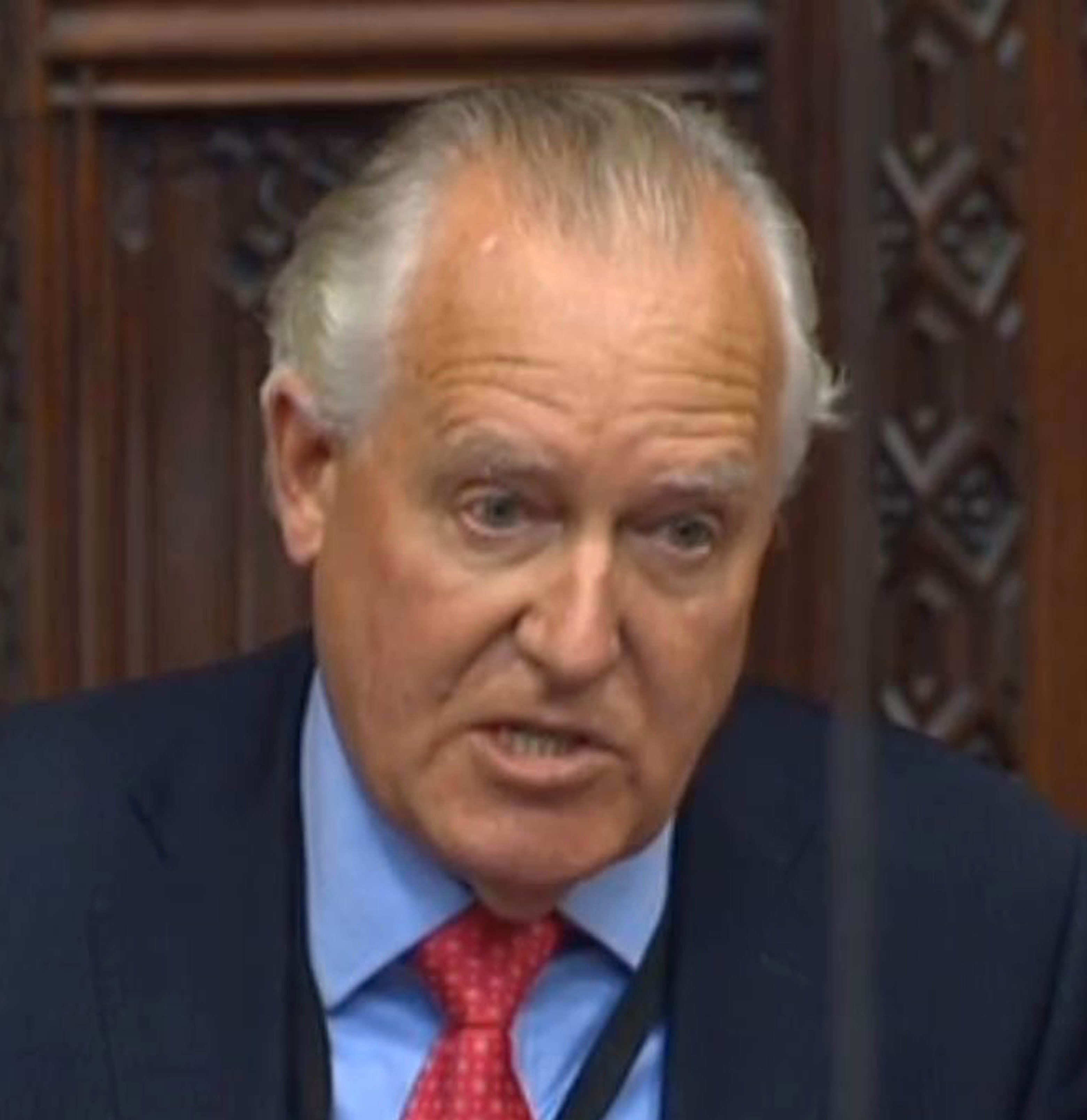 Corbyn as PM is terrifying prospect – and I should know

As a former Labour activist who spent a decade working alongside Corbyn in his Islington North constituency, I agree with everything Johnson says.

Having observed him at close quarters during the years when he was a backbench rebel, I now find the idea of Corbyn as Prime Minister both laughable and terrifying. 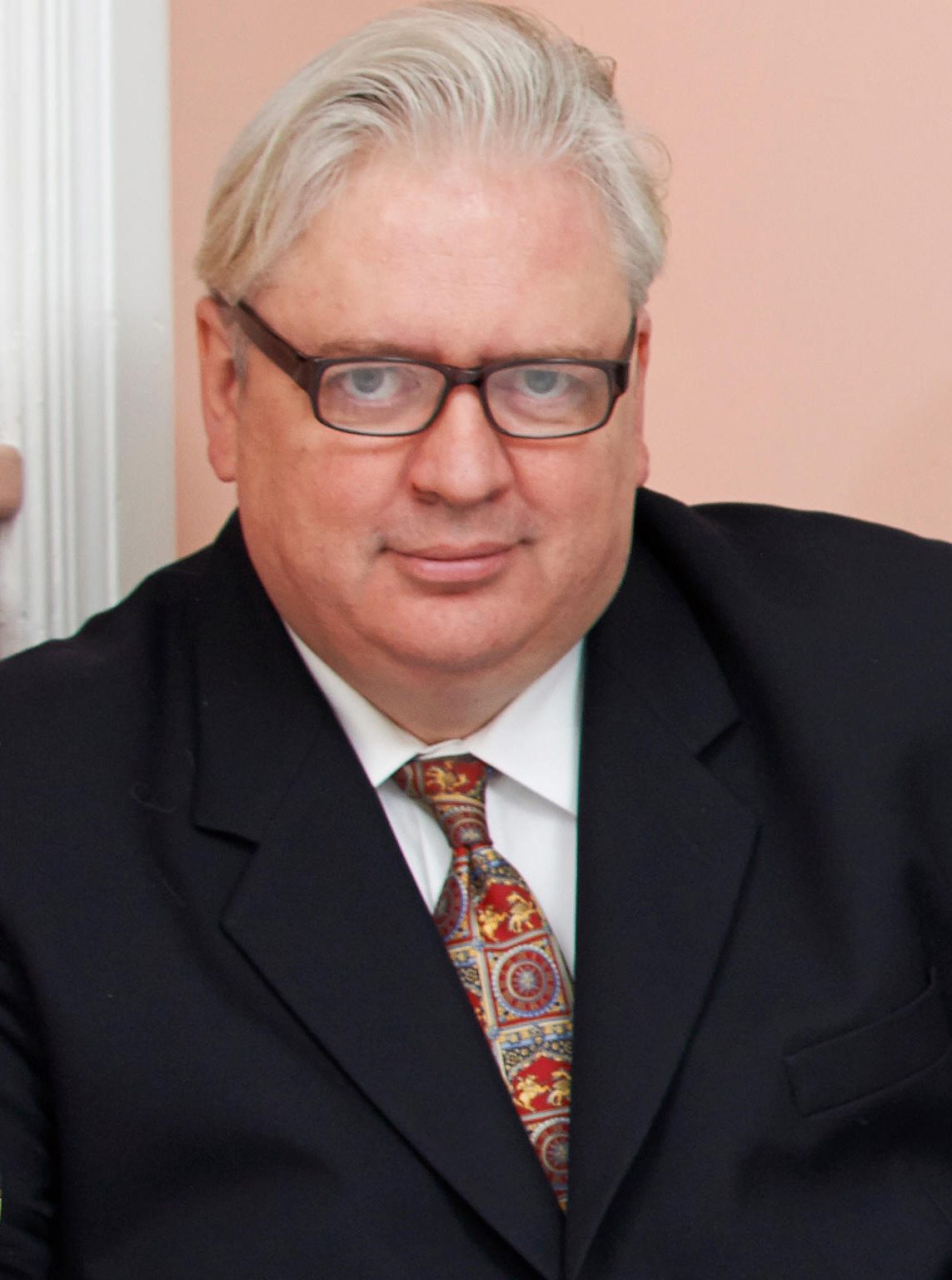 Profoundly unfit for the highest office, he is a toxic ideological extremist without a clue about how to govern Britain.

Having poisoned his own party, he would wreck our country too if he came near to power.

They say he's a disaster yet keep him as leader

But what makes me despair is the timidity of sensible Labour folk, who regard Corbyn with contempt yet are still willing to march under his banner.

They proclaim that they think he is a disaster, but they allow him to remain in place.

This pathetic ineffectuality was captured by Yvette Cooper, widely regarded as possible alternative leader, who bleated to the BBC at the weekend that "there is a real concern we don’t look like enough of a broad church at the moment".

What a gross understatement.

In fact, the Labour Party is in the grip of hardline, quasi-Marxist, anti-Semitic personality cult. 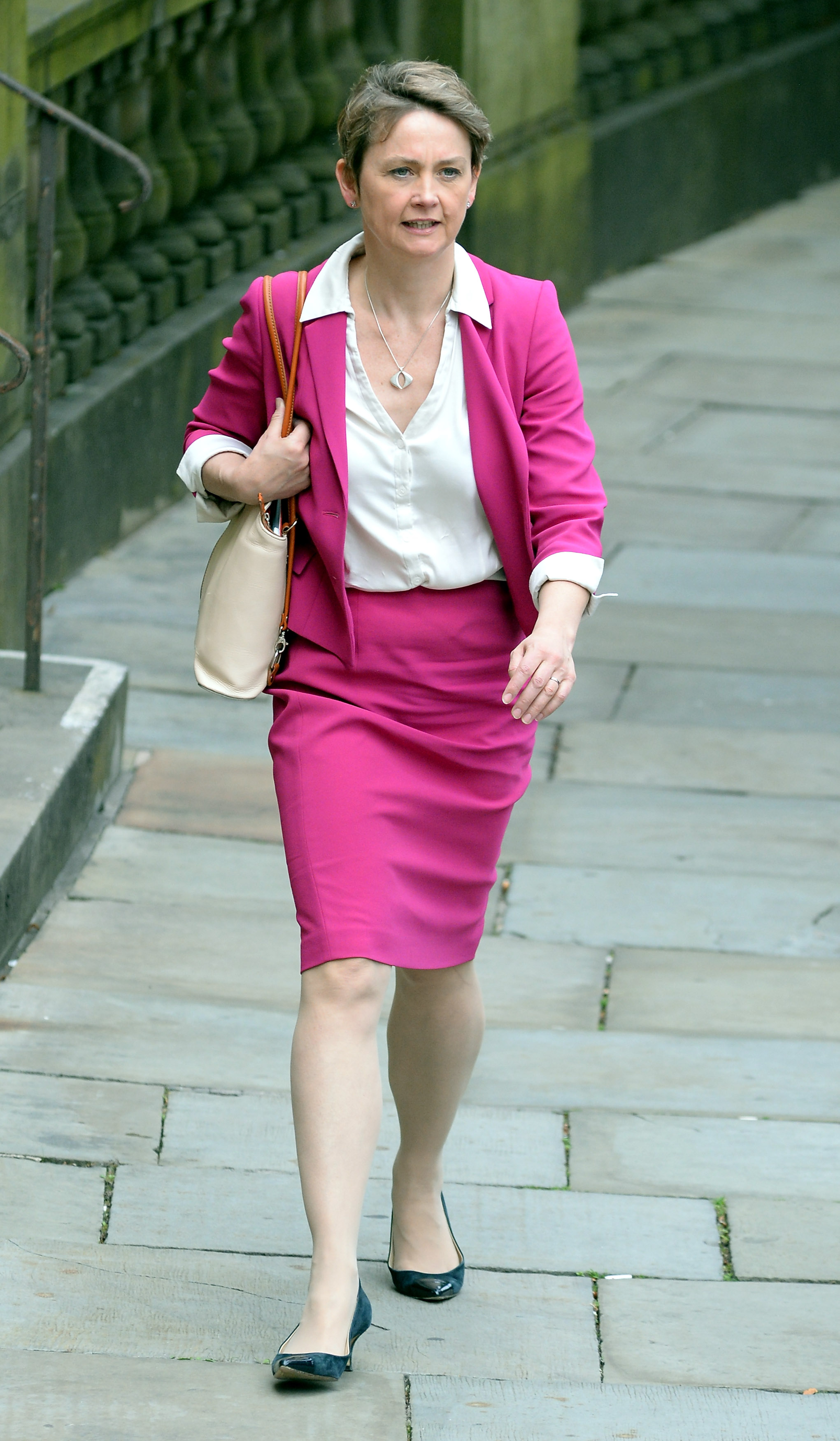 Moderates need to rise up

But apart from wringing their hands, the likes of Ms Cooper do nothing about it.

If Labour is to have a future, the moderates have to get off their knees and start to challenge Corbyn properly.

They should be inspired by the words of the great former leader Hugh Gaitskell, a passionate centrist, who famously told the 1960 conference — where the left had prevailed — that he would "fight, fight and fight again to bring back sanity and honesty and dignity to the party I love". 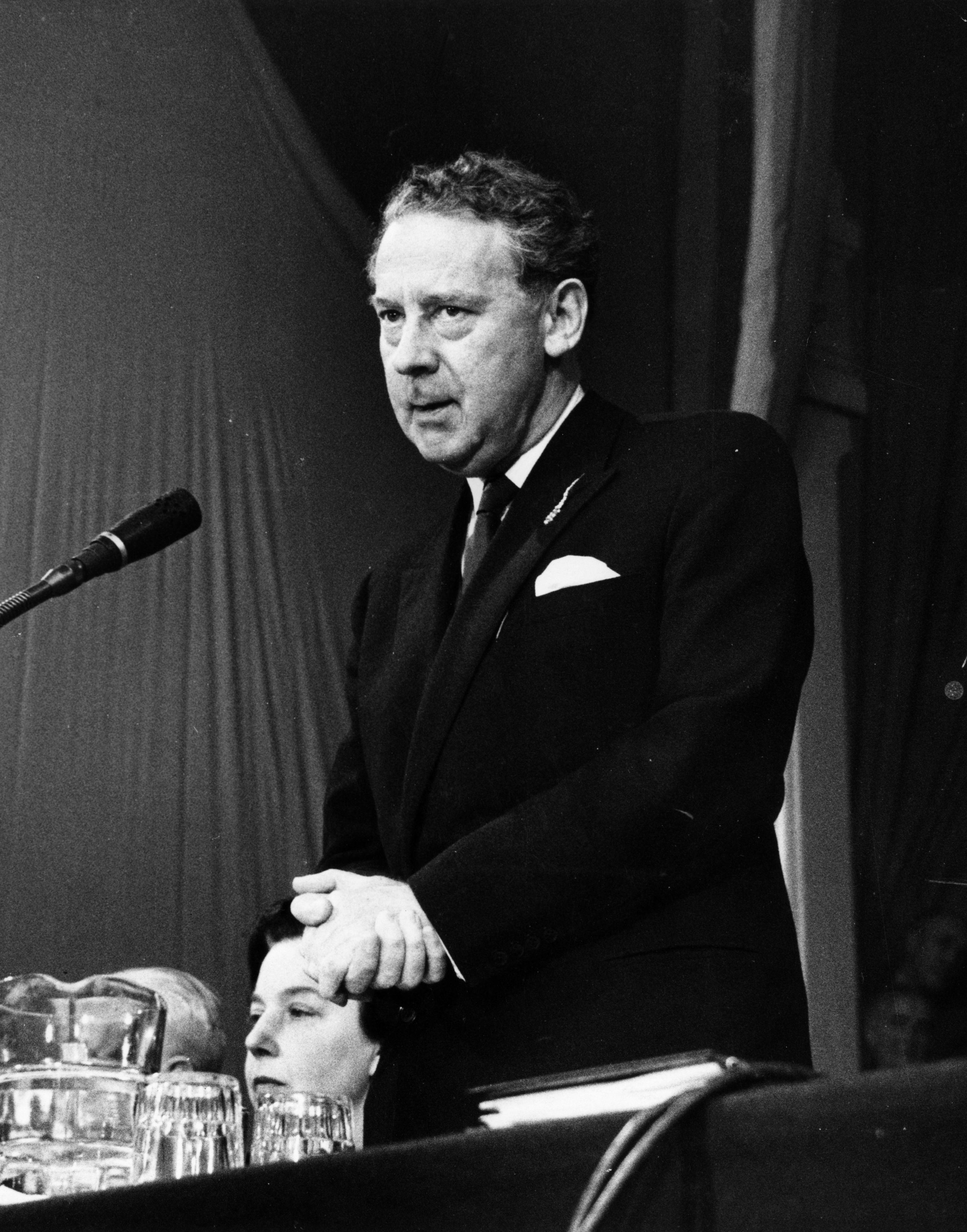 The moderates need that kind of resolution today, but they show precious little sign of it.

They are not only cowardly, but also hypocritical.

They send their angry tweets and whine to the broadcasters, but, by campaigning for Labour, they are still working for Corbyn to be Prime Minister.

If, as appears likely, a General Election is called soon, the so-called moderates will all be out canvassing in their constituencies for the return of a Corbyn-led Government.

That reality makes all their denunciations of him completely meaningless.

Effectively, the moderates are Corbyn enablers and agents of his extremism. 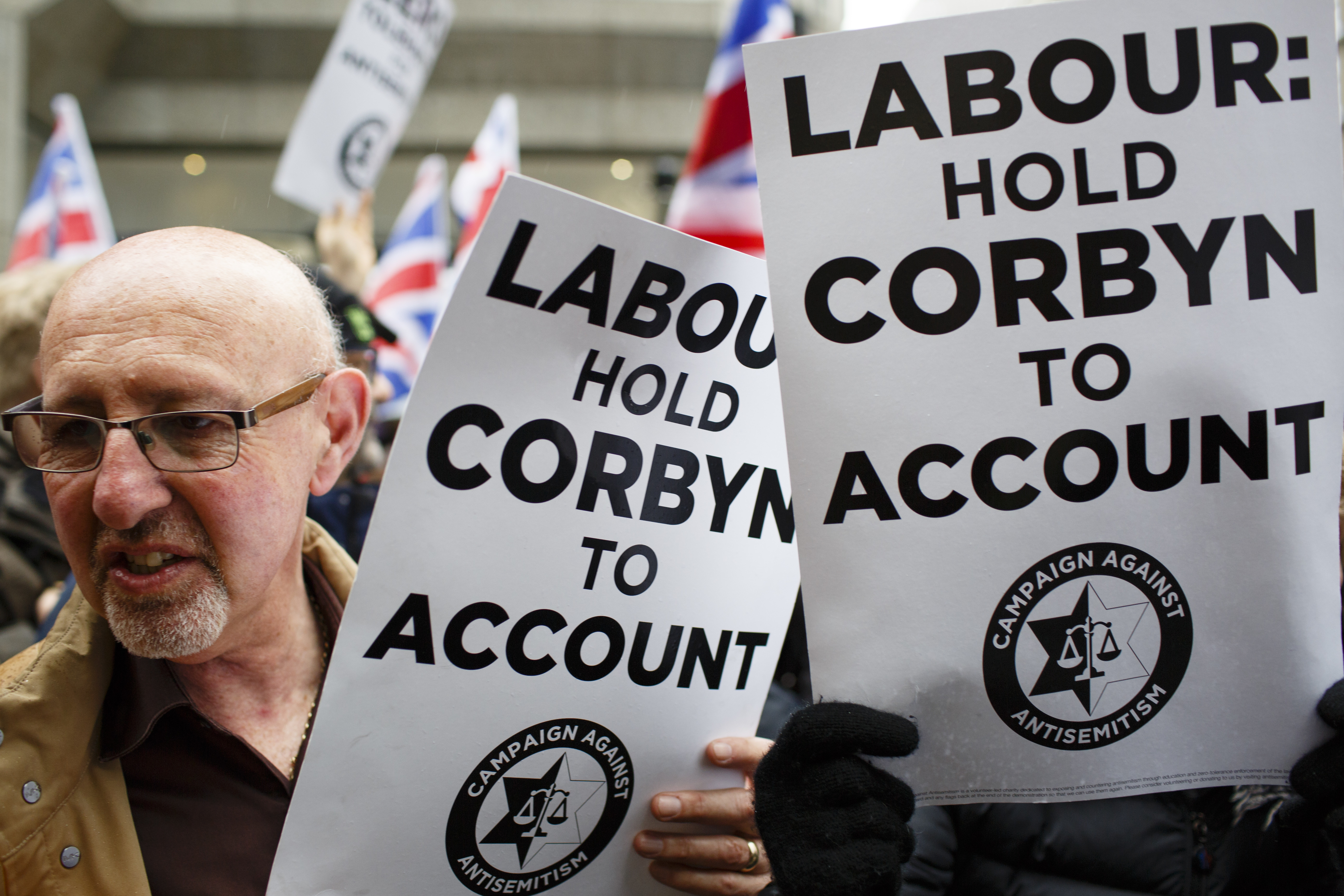 Labour needs to be ruthless

Rather than serve as doormats, they should take a lesson from the Tories, who have long been ruthless about dumping their leaders.

Neville Chamberlain, Anthony Eden, Ted Heath, Iain Duncan-Smith, and even Margaret Thatcher were all clinically dispatched once they were deemed to be ineffective or unpopular. 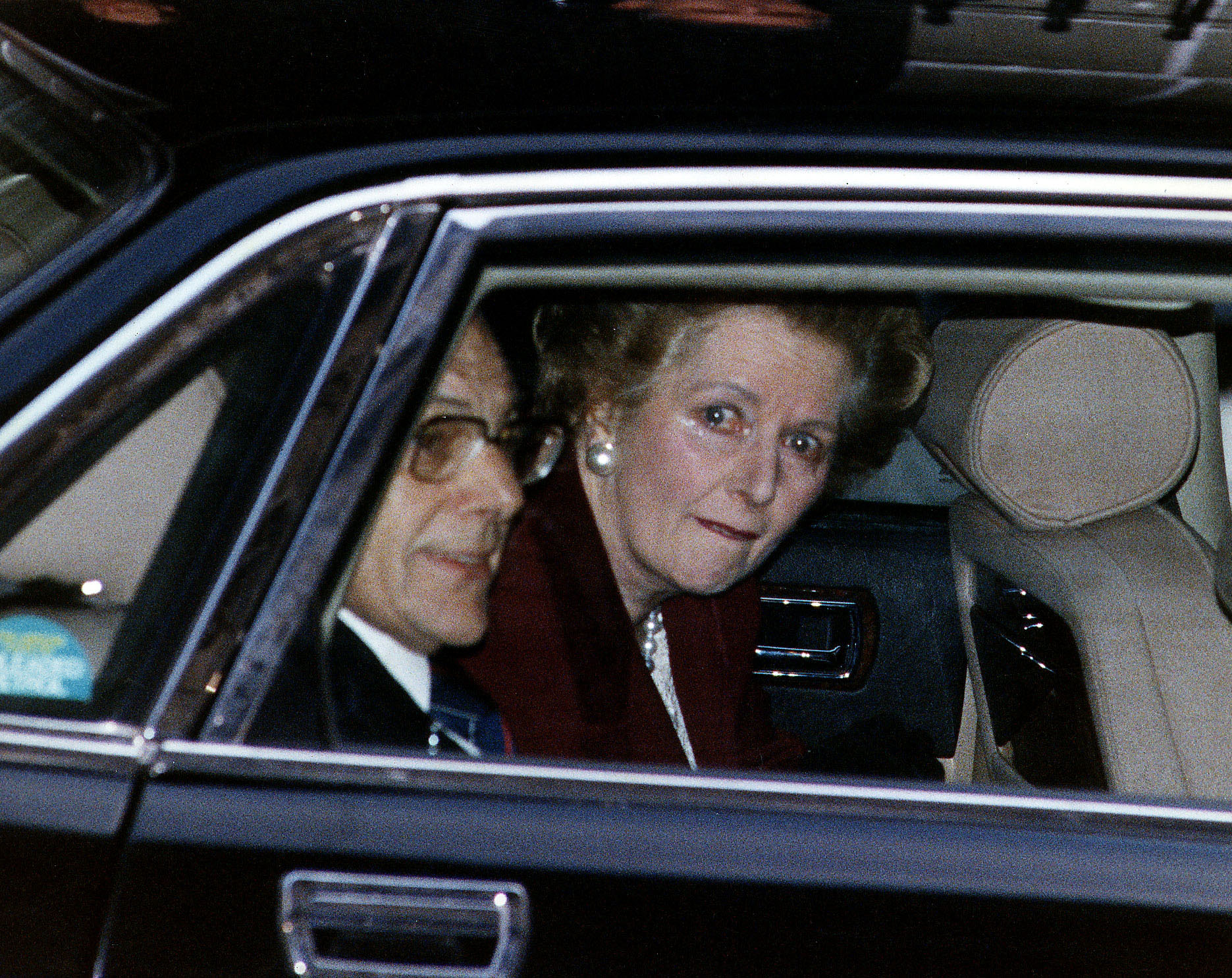 The same ruthlessness with personnel could be seen in the way Boris Johnson reconstructed his Cabinet last month as he sacked 18 ministers in his "night of the blond knives", including even the Foreign Secretary Jeremy Hunt.

In contrast, Labour has always been pathetically soft about butchery.

In the whole of the party’s 119-year history, only one leader has ever been forced out against his will and that, ironically, was Tony Blair, by far Labour’s greatest election winner.

All the rest chose when to go, even the poor ones like Neil Kinnock, Michael Foot and the 1930s pacifist George Lansbury. 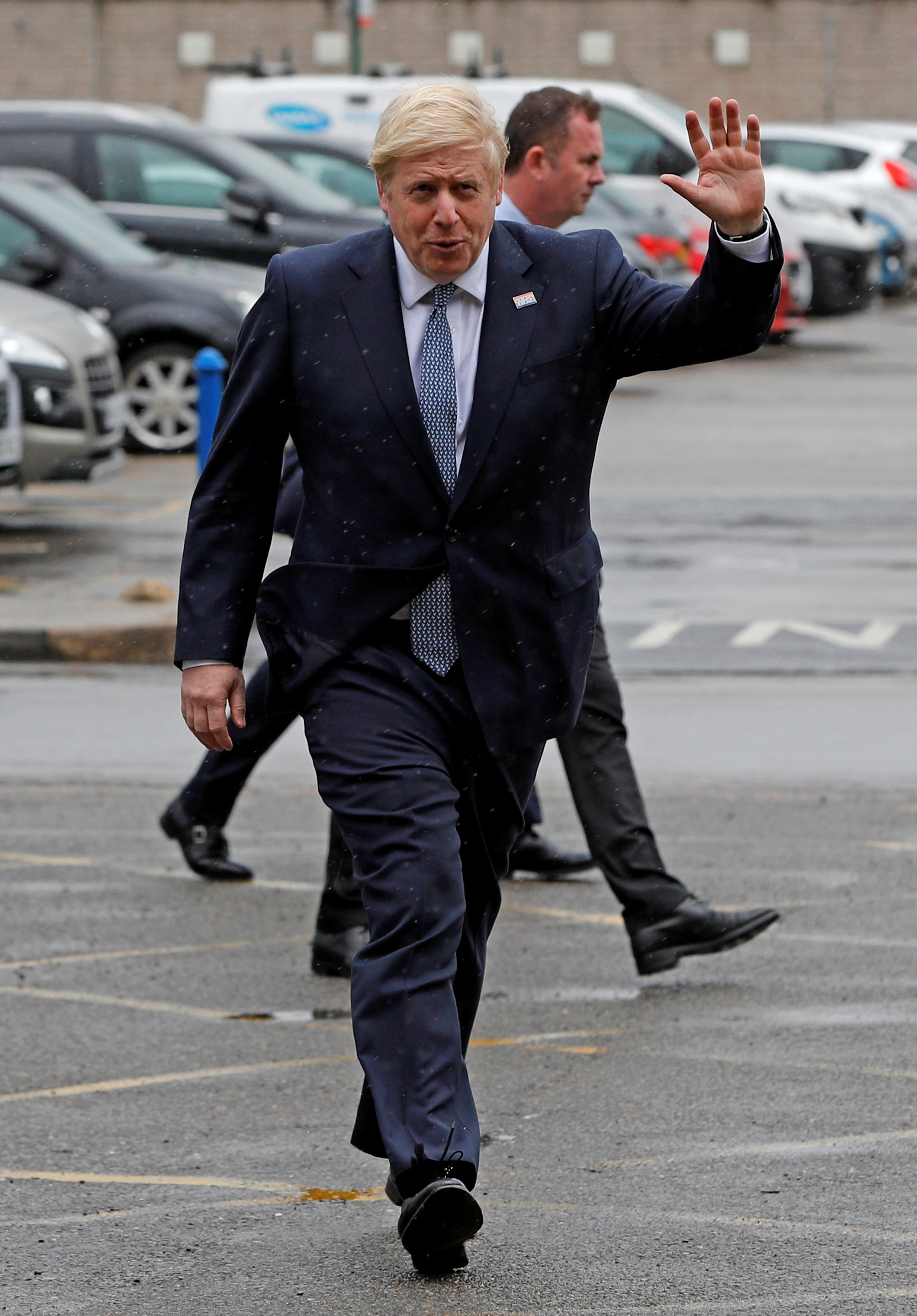 Fear of the Corbyn machine

Today, there are plenty of steps that the moderates could take to crank up the pressure on Corbyn.

They could push for another vote of no confidence in him. They could resign the Labour whip in the Commons. They could boycott his appearances at Prime Ministers Questions and other statements.

But, as Labour slides towards catastrophe, they have done none of this.

What explains their inaction? Part of the answer is fear of the Corbyn machine, especially his supporters’ powerful pressure group Momentum, which is notorious for its intolerance.

In fact, though there has been a recent decline in Labour membership, Corbyn backers still make the majority of activists. 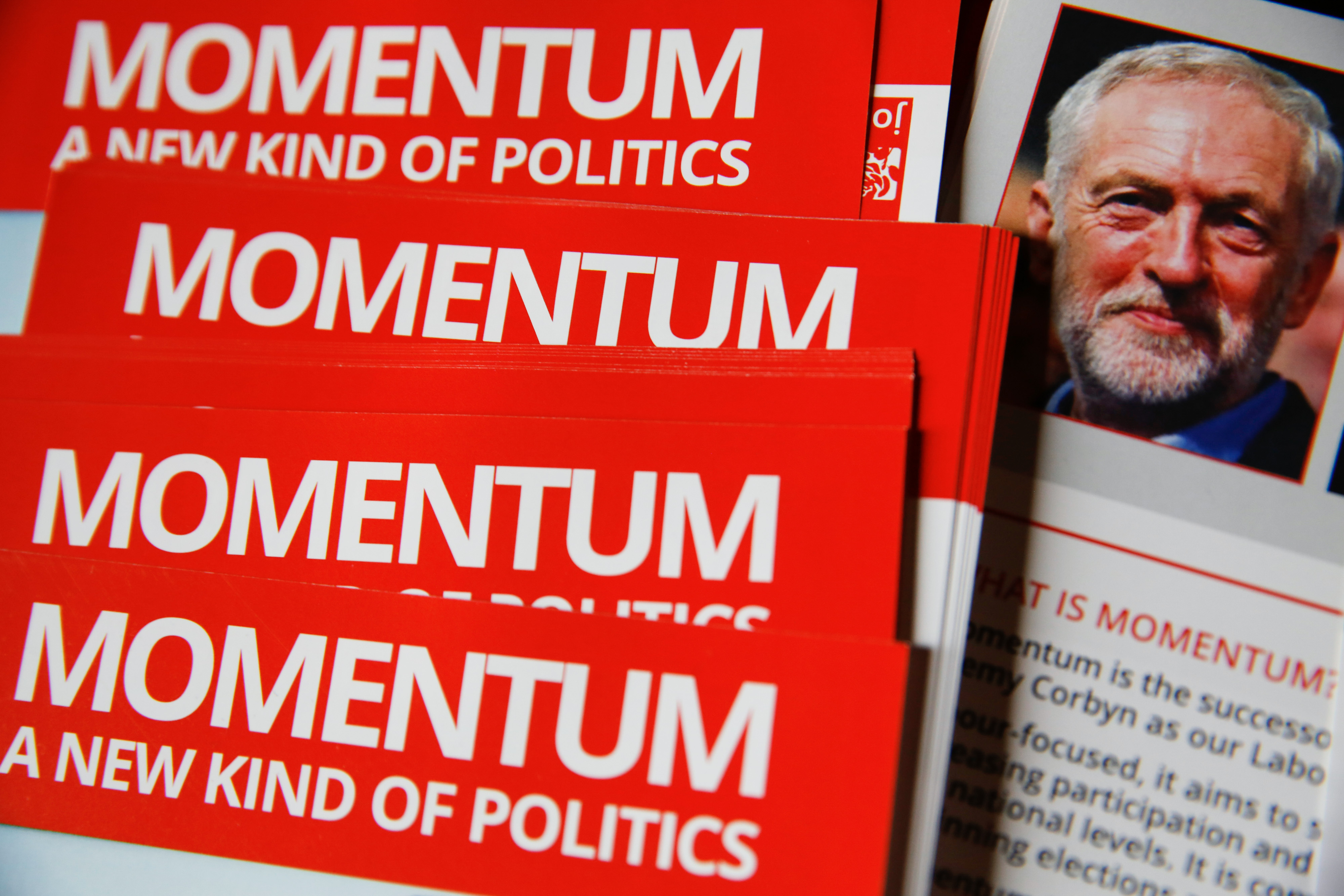 Any Labour MP who speaks out against Corbyn therefore risks deselection. For the sake of their Parliamentary careers, most of them keep quiet.

But there are also deeper factors at work.

Treachery is regarded as greatest sin

One is mainstream Labour’s horror at any supposed betrayal of the socialist cause.

This is partly because Labour is such a tribal movement, as shown in the ferocious anger generated in 1931 by Ramsay MacDonald’s decision to break with the party by forming a National Government with the despised Tories.

Since then treachery is regarded as the greatest sin, far worse than incompetence or unpopularity.

This trait particularly insulates Corbyn, who, for all his spectacular failings, is still regarded by the majority of the membership as an authentic socialist.

There is also a deep streak of sentimentality in Labour, which stems from the party’s origins in the trade union movement.

In this mindset of supposed compassion, sacking people is what the bosses do, not the workers.

When the nondescript Clement Attlee was surprisingly elected Labour leader in 1935, supporters of his rival Herbert Morrison tried to comfort him by saying Attlee’s spell at the top would be short-lived.

Morrison was having none of it.

The party, he said, was "sentimental" and "having once made a man leader, would stick to him."

He was right. Attlee was still in post 20 years later. 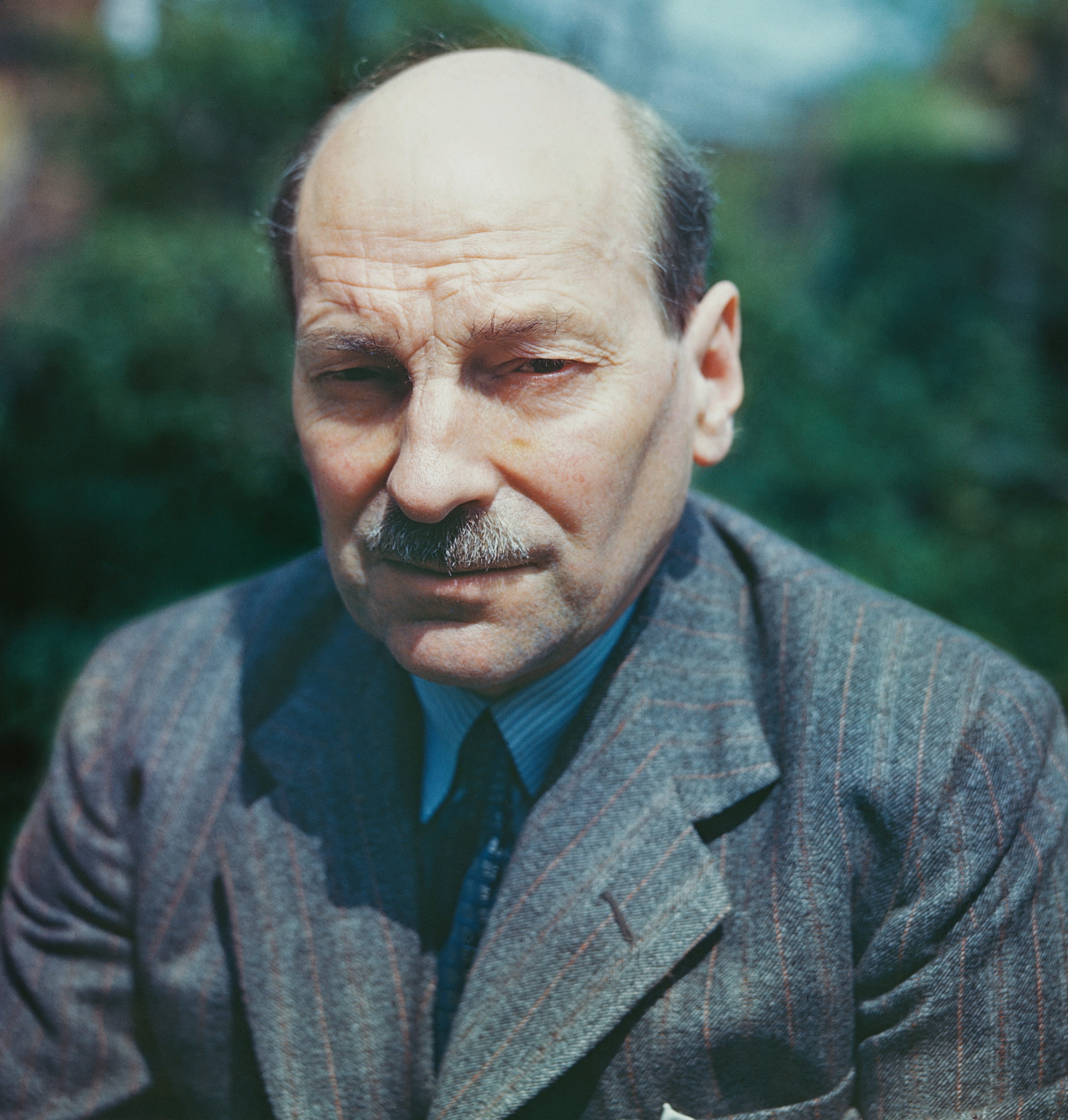 Sentimentality explains why so many anti-leadership plots are botched.

I saw this for myself working as a Labour researcher at Westminster in the late 1980s and early 1990s, when there were hidden manoeuvres against Kinnock.

But they all came to nothing because the plotters lacked the determination to finish the job.

The same was true during Gordon Brown’s woeful premiership, when conspirators abandoned the battle when the moment came to strike.

The absence of hard ambition means that socialists are willing to put up with a dud like Corbyn, while they mouth their slogans and wave the red flag.

The wilderness is their ideological comfort zone – and Corbyn will ensure they remain there.

All the stores that will be closed on Thanksgiving Day