Donald Trump’s apparent ignorance of some of the most basic facts about the Syrian civil war has been breathtaking in recent days.

Never more so than his claim that Islamic State is defeated.

As members of his own administration have warned for months, it is not. Its physical caliphate has been destroyed but thousands of its fighters have either melted away to fight another day, or been corralled into camps where they can be further radicalised.

Putting the band back together will be the aim of its leaders, most of whom have escaped. The chaos unfolding in the wake of the Turkish offensive in northeast Syria makes the task of fighting another day a whole lot easier.

The US president has sought to reassure observers, claiming that a handful of the most dangerous IS fighters have been taken from detention camps and are now in the hands of the US military.

Among them are two members of the so-called Islamic State Beatles.

El Shafee Elsheikh and Alexanda Kotey were two members of the murderous gang of British IS members believed to have tortured and murdered 27 hostages on film.

American journalist James Foley was one of their victims. His family want his murderers to face justice in America or Britain.

The Foley family’s British lawyer, Toby Cadman, told Sky News the US needs to make it clear what will happen now to the two “Beatles”. 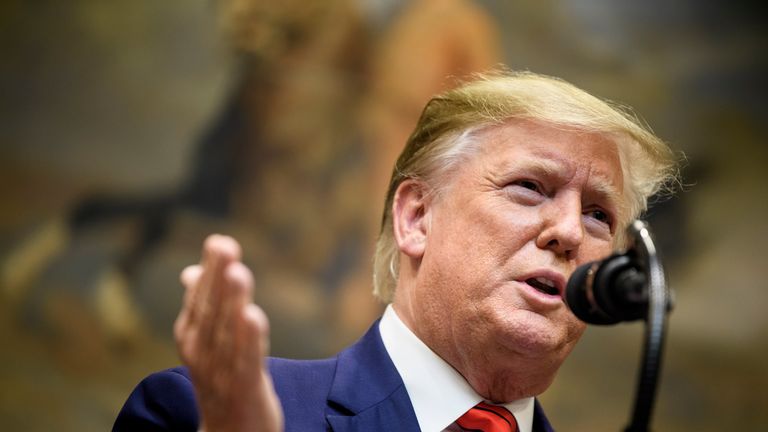 “For victims of these crimes, one of the most important points in achieving closure for what they’ve been put through is justice,” Mr Cadman said.

“So these individuals have to be held accountable. Our biggest fear at the moment is that there will be a vacuum of accountability.”

There are thought to be at least 11,000 other IS fighters being held in various Kurdish-controlled prisons across northern Syria. Not to mention the tens of thousands of others, including women and children, being held in camps – among them die-hard Islamic State fanatics.

In the chaos now erupting in northeast Syria in the wake of the Turkish invasion, the fear is that many could escape and regroup.

The Kurds say this is already happening – not least because Turkish shells have damaged at least one detention centre.

The Turks insist they will take care of any Islamic State members in areas they occupy as part of their offensive.

They also say that most of the camps lie beyond the area they aim to capture. The Kurds say guards in those camps may have to leave their posts to join the fight against the Turks.

Mr Trump has claimed Islamic State is defeated. It isn’t, and it may well now have its best chance in months to put itself back together as a serious threat to the West.