An Irish beauty influencer who inspired 60,000 followers worldwide has died after losing her battle with a rare form of cancer.

Jayda McCann, 24, from County Wicklow, Ireland, was diagnosed with leiomyosarcoma last year but continued to uplift her fans with her optimism.

On Thursday morning a message on her Instagram account stated: ‘Just want to update you all on Jade’s situation; Jade passed away peacefully in her sleep this morning at 5.10am.’

Ms McCann was diagnosed in March 2018, just three weeks after her father Anthony was diagnosed with prostate cancer, and she previously described how this had come as something as a blessing. 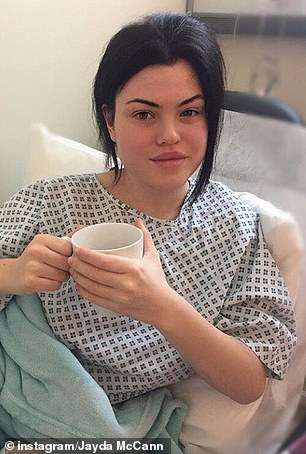 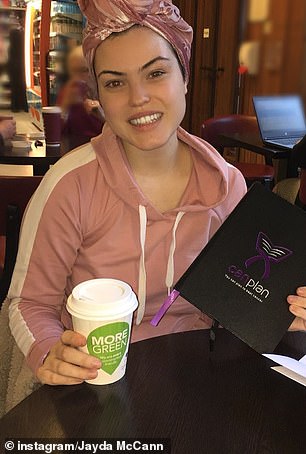 Jayda McCann, 24, from County Wicklow, Ireland, was diagnosed with PEComa earlier this but continued to uplift her fans with her optimism

She told The Sun: ‘I’m a total daddy’s girl. We’ve always been so close. You wouldn’t want to see anyone you love go through it, but if I could pick anyone in the world to do it with, it would be him.’

A further statement on Ms McCann’s Instagram today said she died surrounded by her mother, father, brother and her partner.

‘I woke up this morning to the news that my dear good friend Jade McCann has passed away in the early hours of the morning,’ Mr Connors wrote.

‘Jade had talent to burn and unlimited potential for life. She was an incredible singer, song writer and she was so articulate and charismatic too.’

He added that he had been making a documentary about the influencer for the last 18 months and said it was an important part of her legacy. 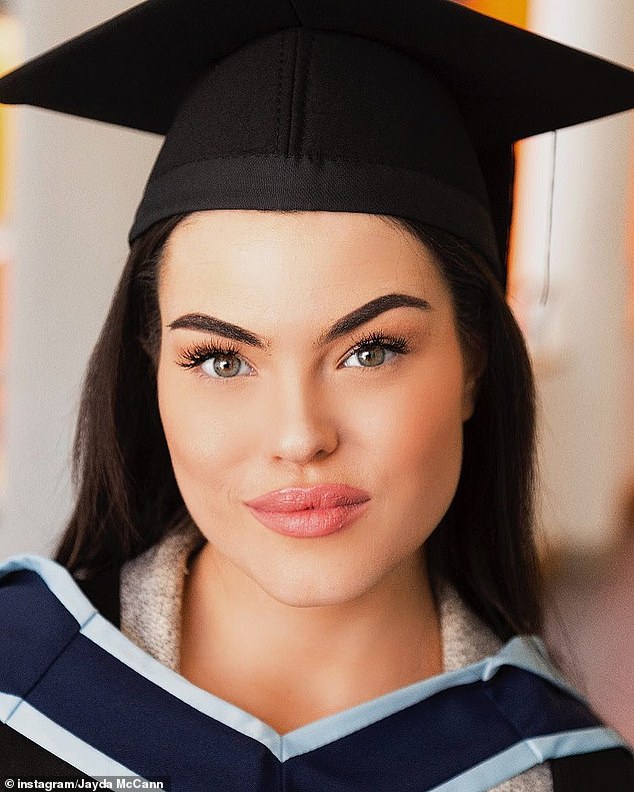 Irish actor John Connors described Ms McCann as a ‘warrior’ who had an ‘unlimited potential for life’ (pictured: on her graduation from Dún Laoghaire Institute of Art, Design and Technology)

Mr Connors said: ‘My thoughts and prayers go out to Jade’s mother, father, brother, boyfriend and the rest of her loved ones who are missing her today.

‘I’ll never forget you Jade and the great times we had. My performance tonight onstage is for you.’

In Ms Mcann’s final post to her fans three weeks ago, she said: ‘We are more than what we look like. We are beautiful for WHO WE ARE.’