Labour’s Keir Starmer today delivered a strong hint that the party could back a ‘unity PM’ to stop No Deal.

The shadow Brexit secretary insisted the ‘absolute priority’ was to stop the UK from crashing out without an agreement on October 31.

He said Remainer MPs were focused on passing legislation to rule out No Deal, but suggested a no confidence vote could be staged if that bid fails.

Mr Corbyn would then ‘try to form a government’, Sir Keir said. However, pressed on whether Labour could instead line up behind a ‘unity PM’ such as Tory veteran Ken Clarke, Sir Keir said: ‘If he can’t, we will address that when we get there.’

The frantic manoeuvring comes as the Brexit battle builds up to a titanic showdown in Parliament this week. 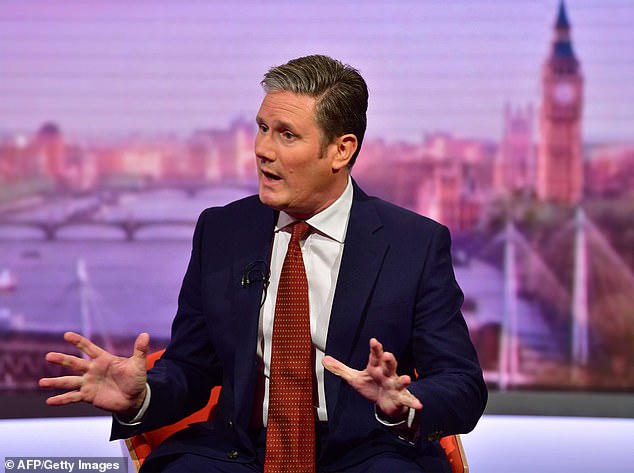 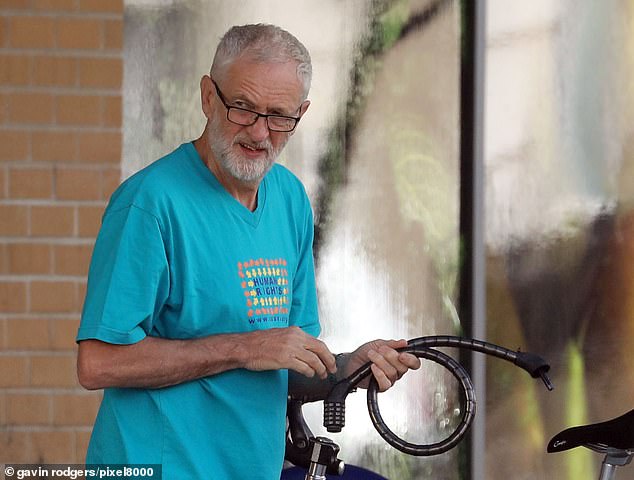 MPs are set to try to seize control of the Commons agenda to pass a law stopping the country from crashing out of the EU, with the votes looking nailbitingly close.

Downing Street has heaped pressure on ‘deceitful and underhand’ MPs plotting to thwart the PM’s plans.

And Michael Gove caused fury today by refusing to say whether the government would obey a law ruling out No Deal.

‘Let’s see what the legislation says,’ he told the BBC’s Andrew Marr Show.

As the rhetoric ramped up, Mr Johnson told the Sunday Times: ‘I just say to everybody in the country, including everyone in parliament, the fundamental choice is this: are you going to side with Jeremy Corbyn and those who want to cancel the referendum?’

‘Are you going to side with those who want to scrub the democratic verdict of the people – and plunge this country into chaos.’

Sir Keir told the Marr Show that Remainers would put forward a ‘simple’ piece of legislation calling for a Brexit extension beyond October 31 if there is no agreement.

Asked about the prospect of a no-confidence vote and a ‘unity PM’ if the legislation failed, Sir Keir said: ‘It is quite right that as leader of the opposition Jeremy Corbyn should try and form a government.

‘That is the way we’ve done it in this country for a very, very long time and he should have that opportunity.

‘He was right to say that’s what he would do and we will have to take each stage as we get to it.

‘But if we win the vote of no confidence and get to that stage, it is for the leader of the opposition to see if he could form a government.’ 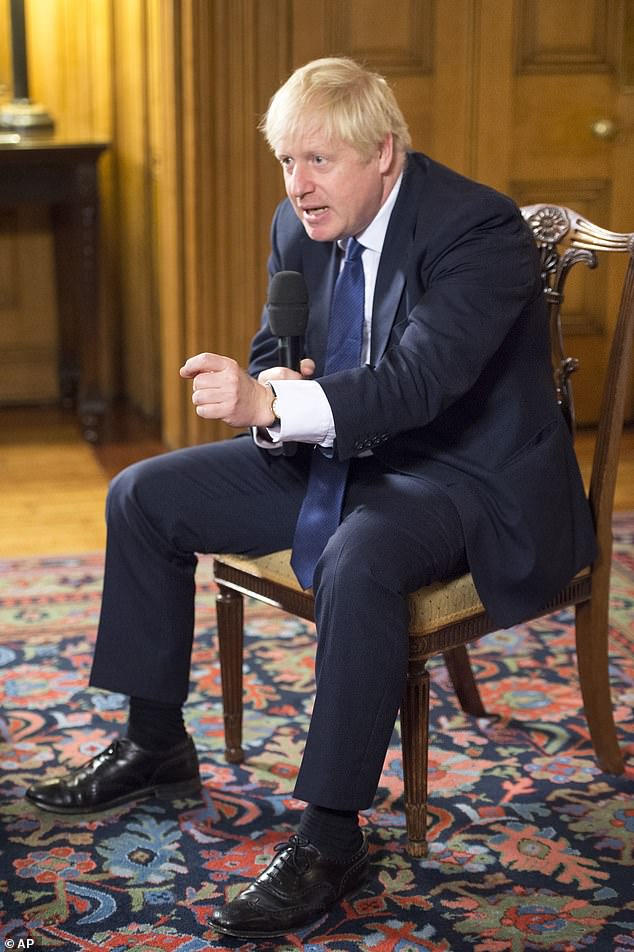 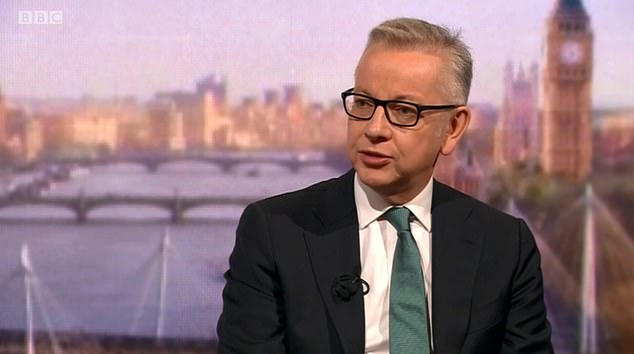 On the BBC’s Andrew Marr show today (pictured), Michael Gove left open the prospect of ignoring legislation as the government and Remainers gear up for a titanic battle in Parliament this week

Pushed on what would happen if Mr Corbyn could not get a majority, Sir Keir said: ‘If he can’t, we will address that when we get there.’

Sir Keir also suggested that Labour would not back any move to hold a general election if there was a risk it would take place over the Brexit date.

Under the Fixed Term Parliaments Act, a two-thirds majority of the Commons would be needed for Mr Johnson to trigger an election before May 2022.

Shadow chancellor John McDonnell today responded to speculation about an early election by saying ‘bring it on’.

But Sir Keir said: ‘What we’re not going to do is allow Boris Johnson, on top of what he’s already done, to say, ‘well, I’ll arrange things so that we crash out during the course of a general election, which I, Boris Johnson, may not win.’

‘That would add insult to injury in terms of what he’s already doing.’

‘Keir Starmer won’t say how long Labour would extend Article 50 for, showing all they offer is more dither, delay and uncertainty.

‘Only Boris Johnson and the Conservatives will leave the EU by 31 October, whatever the circumstances, and deliver the change British people voted for’.

British PM Johnson will be back at work on Monday, office says