The father of the sorority girl busted on arson and riot charges in Lancaster, Pa., slammed her $1 million bail as “vindictive” — but said he didn’t blame police for taking action amid the “nasty scene.”

Chip Patterson said it’s clear that authorities are trying to send a message to protesters like his daughter, Kathryn, who was among 13 people busted around 3 a.m. Monday on a slew of charges related to riots outside the Lancaster police station.

“[I’m] completely floored. It’s really just vindictive,” Chip told The Post. “You want to have faith in the system because it’s the only one we have and then you experience this. I understand why my daughter would protest in the first place.”

But he later conceded, “I understand the police building itself was damaged and it was a nasty scene. I don’t blame them for taking action.”

Bail was set for Kathryn and her alleged cohorts at $1 million. They’ve remained locked up at the Lancaster County Prison, from where she phoned her dad Tuesday night.

“She was crying when I answered. First thing she told me was, ‘I’m sorry I did this to you,’” said Chip while choking up. “I said, ‘It’s OK. We’re going to get you out.’”

The dad said he and his daughter didn’t discuss what happened overnight Sunday — when hundreds of protesters descended on the police station in the wake of the police shooting of Ricardo Munoz, the knife-wielding, mentally ill man who charged at a cop earlier in the day.

Chip said his daughter, a student at Franklin & Marshall College in the city, was acting as a medic at the protest, as she’s done at past demonstrations.

“I don’t know what she did or didn’t do,” said Chip, who works as the head of the English department at Mercersburg Academy, a co-ed boarding school in the family’s hometown. “I would be shocked if she did something violent. The charges against her are way out of line.”

The mob broke the windows of the station and post office, causing $3,500 in damage, chucked water bottles and other objects at officers, blocked a highway and set dumpsters on fire, according to an affidavit of probable cause.

Kathryn, along with her friend Taylor Enterline, who was also allegedly working as a “medic” that night, was identified as a “main instigator and participant in promoting this behavior and was seen actively throwing listed items at police, failing to disperse when ordered, and/or adding items to the fire in the street,” police alleged in the affidavit.

She and Enterline, 20, were arrested about a block away from the station, the record says.

Alaak Deu was with the two young women when they were arrested and told Lancaster Online that police jumped out of a van, guns drawn, and arrested the pair. He claimed Kathryn and Enterline, who are part of civil rights group Green Dreamz, remained peaceful all night. 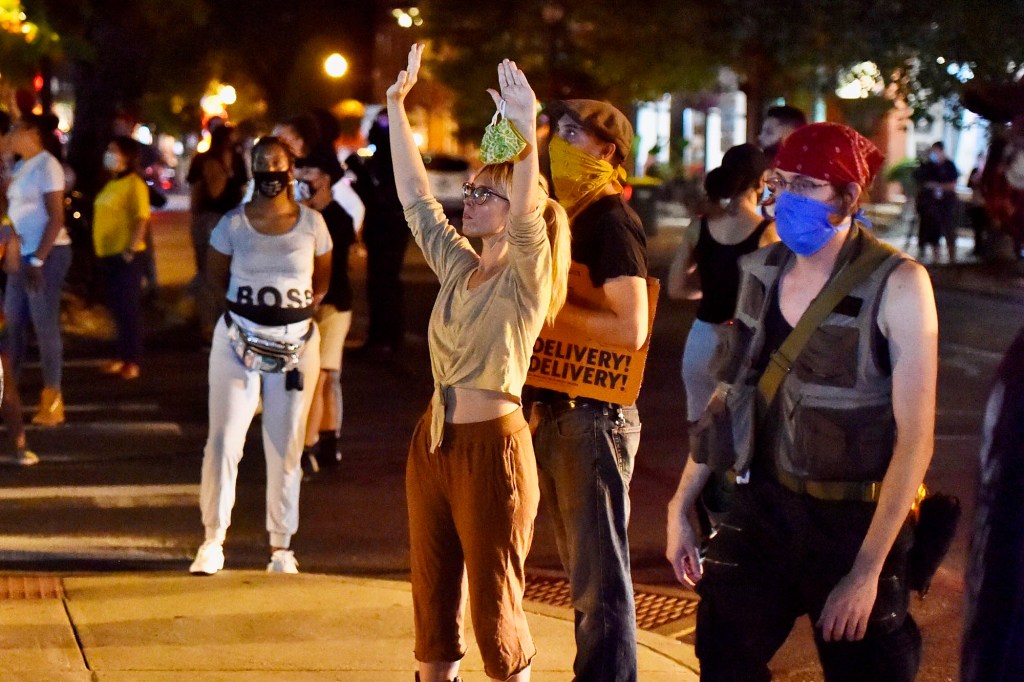 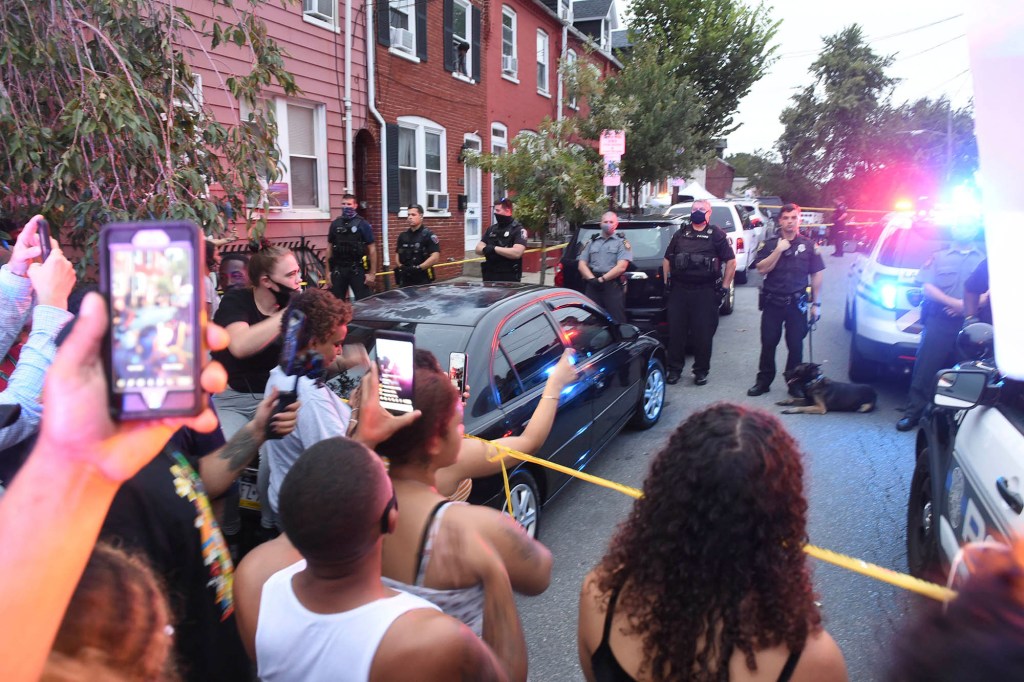