Benefits cheat, 33, pocketed £9,000 after claiming he was too afraid to leave his house but was filmed climbing on to lorries during an anti-fracking protest

A fraudster, 33, who pocketed £9,000 after claiming he was too afraid to leave his house has been caught on camera scaling a lorry during an anti-fracking protest. 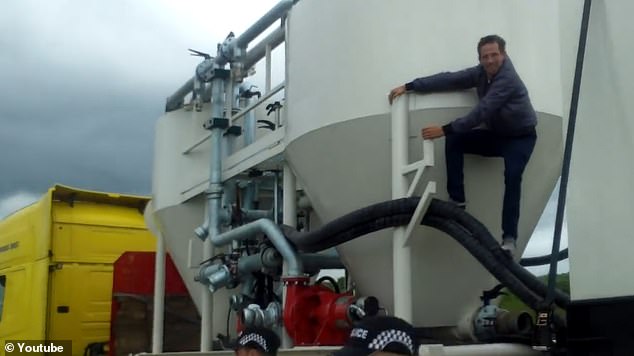 John James Knox, of Liverpool, has been filmed climbing on to lorries (pictured) during anti-fracking protests in Preston. He had previously claimed he had ‘mental ailments’ and was too afraid to leave the house, Preston Crown Court heard

He appears in control as he climbs to the top while officers cordon off the lorry on the A538 near the Cuadrilla fracking site in Preston, Lancashire.

One of officer’s patience is tested as he appears to repeatedly ask Knox to get down and bears his arguing, in the clip from June 30, 2017. 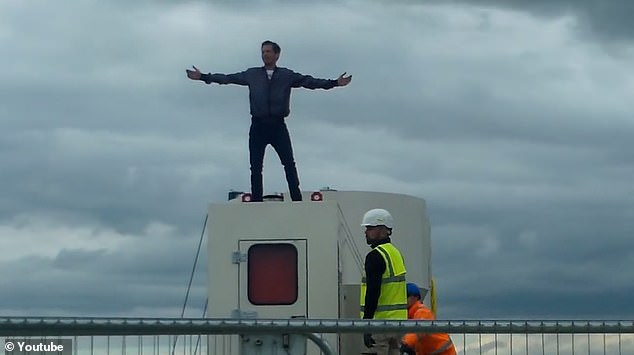 Knox is seen climbing to the top of the fracking truck while officers try to encourage him down, at a time when he was fraudulently claiming Employment and Support Allowance (ESA) and Disability Living Allowance

The benefits cheat had fraudulently claimed Employment and Support Allowance (ESA) and Disability Living Allowance at the time of the video. 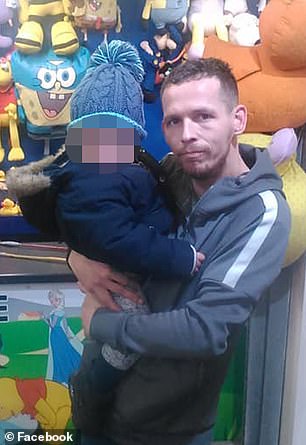 John Knox, 33, has been found guilty of benefit fraud

Knox told the court he suffered ‘physical and mental ailments’ despite clips capturing him scaling lorries in Little Plumpton, Lancashire, and chaining himself to other protesters for long periods of time.

The fraudster stayed on a lorry for more than 24 hours – from 8am to 10.30am the following day.

He was fined after admitting willful obstruction of the highway.

Knox pleaded not guilty for failing to notify the Department of Work and Pensions over the change in circumstances.

He was later convicted by prosecutors after making a statement that he needed assistance getting showered, getting dressed and leaving the house.

A DWP spokesman told Blackpool Gazette: ‘We have zero tolerance of anyone fraudulently claiming benefits and will take swift action to investigate, supporting our partners and prosecutors to bring them to justice.’

The sentencing has been adjourned until March 9. 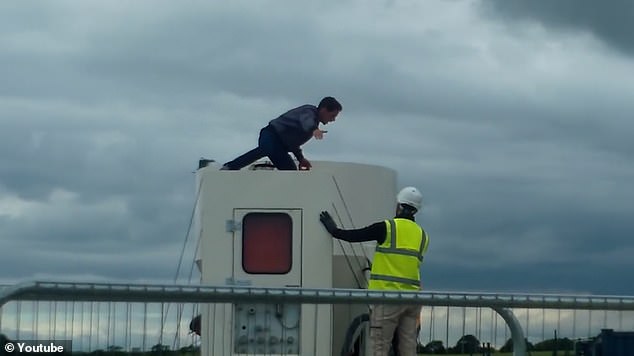 He was convicted after making a statement that he needed assistance getting showered, getting dressed and leaving the house