MICHAEL Gove has said the EU is "not serious" about Brexit talks and that a No Deal result is "increasingly likely".

His comments came after the Prime Minister told Britain to "get ready" for a No Deal Brexit, as EU leaders refused to give ground at a critical Brussels Summit last week. 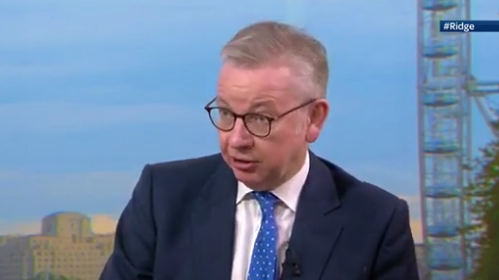 Having previously put the chances of an agreement with the EU at 66%, Mr Gove told Sky's Sophy Ridge On Sunday the chances were now "less".

He said: "It's less. I can't be precise but one of the reasons why it's less is the position that's been taken in the last couple of weeks by European Union leaders."

Boris Johnson last week blamed the failure of reaching a deal on the EU’s refusal to take talks seriously and their refusal to offer Britain a Canadian-style free trade agreement.

Describing the EU's position today, Mr Gove said: "What we've seen and what our negotiators have found is the European Union side have not been willing to produce the detailed legal text.

"They've not been willing to intensify the talks in a way that would indicate that they were actually serious about reaching an agreement.

That seems to me to be the behaviour of an organisation and an institution that is not serious about making the compromises necessary to secure a deal.

"They've also insisted that both we accept a level of control over our autonomy that an independent country can't really accept.

"And at the same time they're saying they should continue to have exactly the same access to for example to our fishing waters and our fishing stocks as before."

"That seems to me to be the behaviour of an organisation and an institution that is not serious about making the compromises necessary to secure a deal," he added.

The former Vote Leave campaigner admitted in The Sunday Times that ending the post-Brexit transition period in December without a deal "is not my preferred destination".

He accused the EU of trying to "tie our hands indefinitely" but said the ball was in EU negotiator Michel Barnier's court as to whether Brexit talks continue next week.

He told Sky's Sophy Ridge: "The ball is in his court. We've made clear that we need to see a change in approach from the European Union."

Mr Gove's intervention came after Boris Johnson lashed out at Brussels on Friday for trying to keep control of British laws, freedoms and fisheries in a way that was “completely unacceptable to an independent country”.

The PM told reporters in Downing Street: "From the outset we were totally clear that we wanted nothing more complicated than a Canada-style relationship based on friendship and free trade.

"To judge by the latest EU summit in Brussels, that won't work for our EU partners.

"They want the continued ability to control our legislative freedom, our fisheries in a way that is completely unacceptable to an independent country.

"And since we have only 10 weeks until the end of the transition period on January 1, I have to make judgment about the likely outcome and get us ready."

Responding to the PM's comments, EU Commission chief Ursula von der Leyen said a deal would not be done "at any cost".

She wrote on Twitter: "The EU continues to work for a deal, but not at any price.

"As planned, our negotiation team will go to London next week to intensify these negotiations." 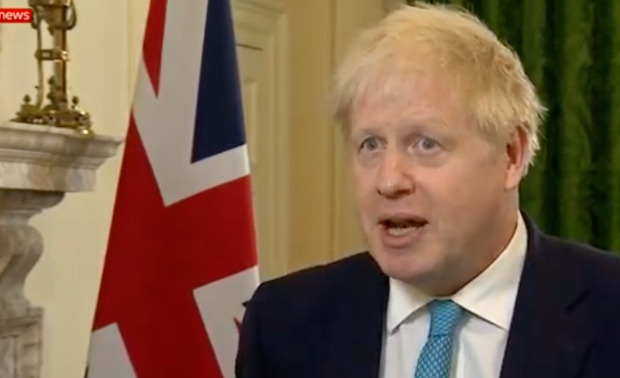