MUCH has been made of the fact we could be seeing the end of the Hollywood dream – with blockbuster movie releases delayed, cinemas closing down and even A-list actors out of work.

While I have enormous sympathy for all of those currently unemployed and who will lose their jobs, it’s not purely down to Covid that the film business is in dire straits. 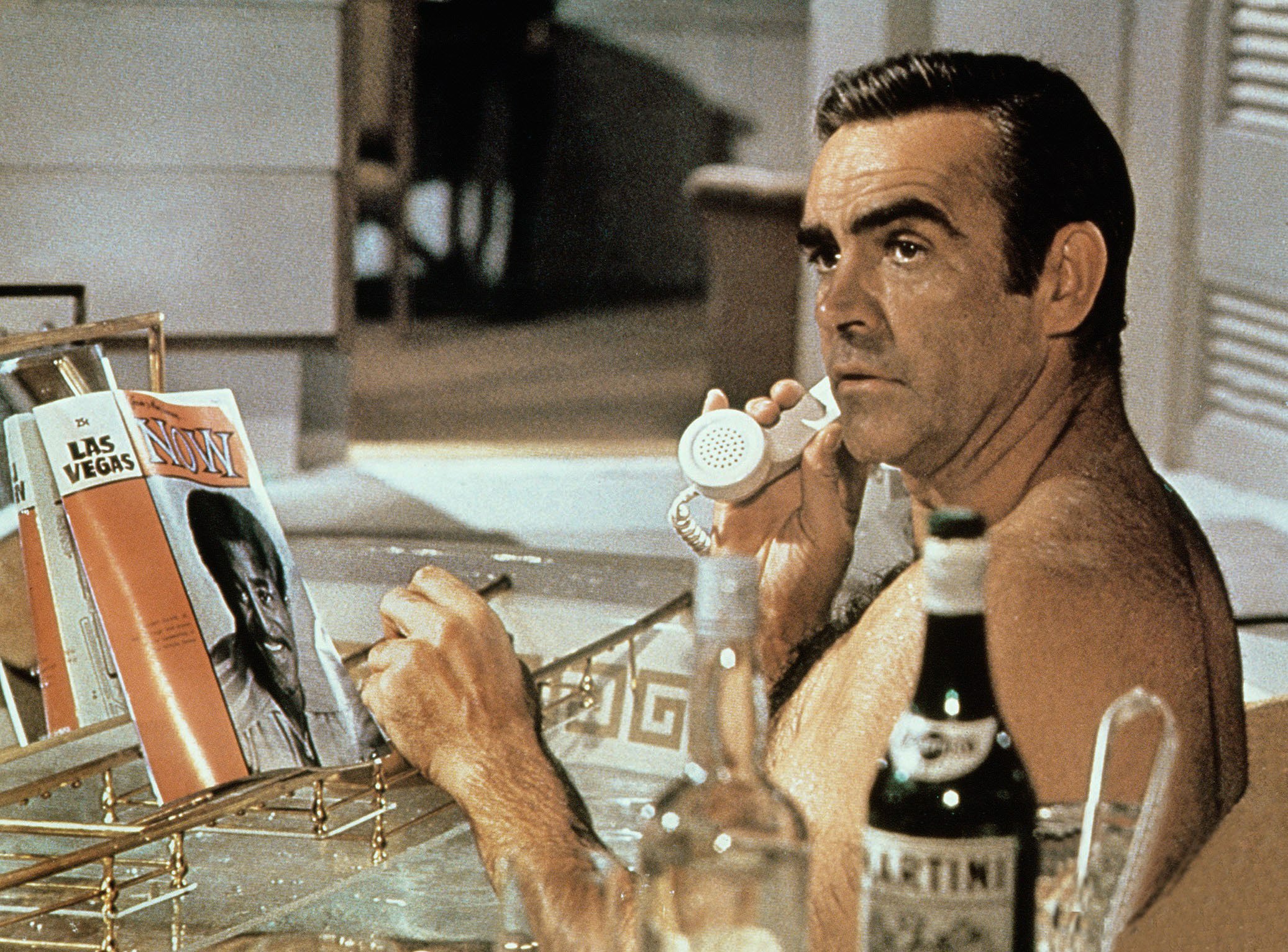 The decline has been happening for a long time.

First of all, there’s the dearth of new ideas.

For years, Hollywood has relied on hugely expensive CGI adaptations of comic books.

Some of them, such as Black Panther, are hugely enjoyable. But others, like Batman v Superman, are overlong, noisy bore-fests that feel like trudging through glue.

Then we have Disney working its way through a back catalogue of classic animation movies and turning them into live-action films.

The Lion King was a huge success, albeit a bit too worthy, while Aladdin and Dumbo were simply woeful. 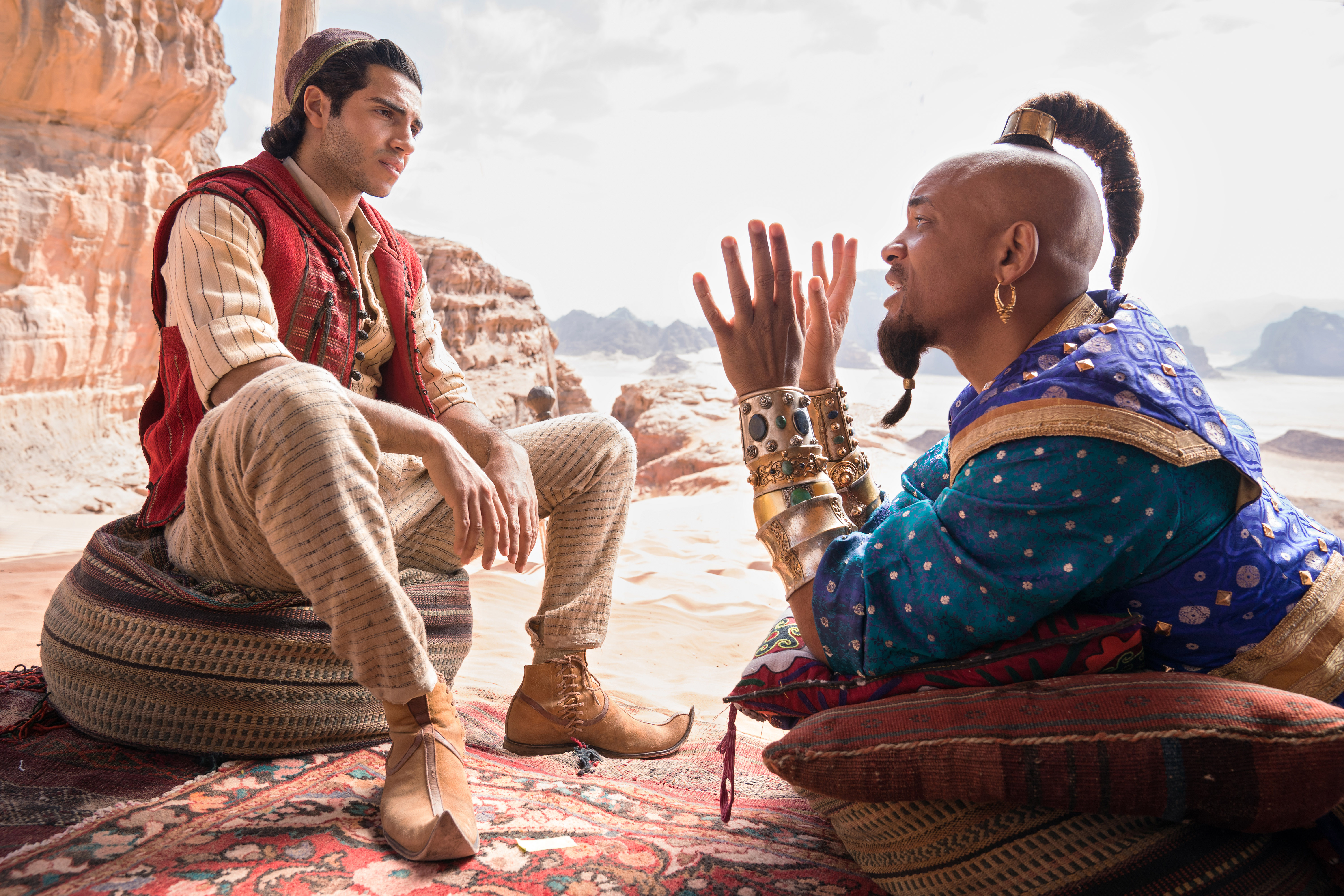 No executives seem to want to take risks any more, so bright young film-makers are finding it hard to have their projects green-lit.

Most of the decent talent and creativity has found a home on the likes of Netflix, Amazon, Apple and Sky, where stories can be told over six or eight episodes or more, and big stars no longer feel TV is a step downwards.

Then there’s the experience in the movie theatres of today.

I am lucky enough to see a lot of new films at special screenings before they are released, then have a chance to interview the stars and director.

It’s one of the best perks of my job and, as someone who loves movies, I never take it for granted.

A handful of us sit there quietly in the dark, concentrating on the film and being transported to another world, just the way the movie-makers intended. It’s blissful escapism.

Contrast that experience with what is going on in the multiplexes.

First of all, too many of the screening rooms are tiny. 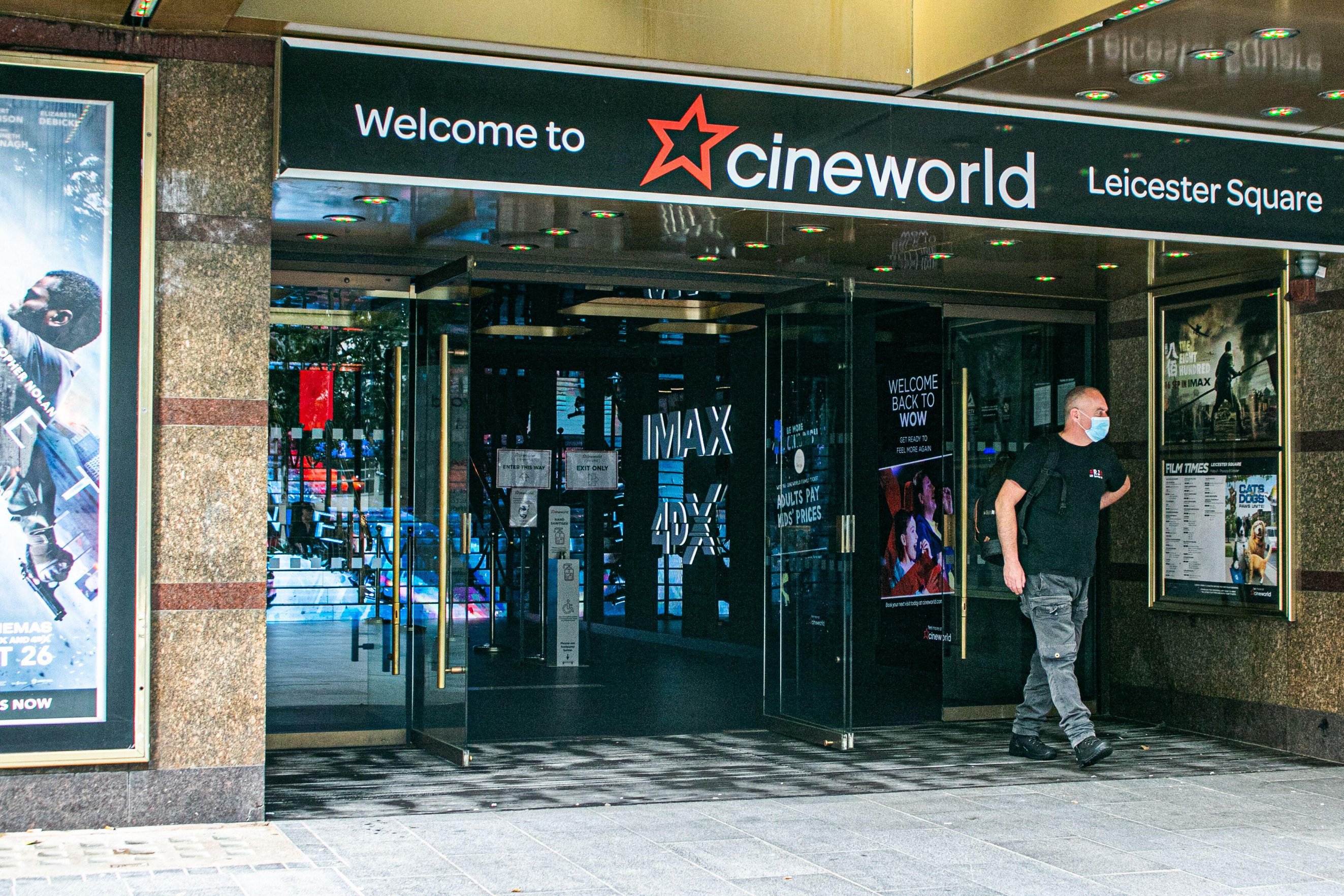 Then, before you can take your seat, there’s the temptation of a dazzling choice of junk food which is all noisy and just too damned hefty.

The whole cinema sounds like feeding time at the zoo, with all that slurping, munching and crunching.

Then there are the people who seem to think it’s perfectly acceptable to conduct conversations as though they were shouting into a gale.

They are also the ones who feel the need to tell you what they reckon is going to happen next, and loudly list every movie the main actors have ever appeared in, often getting it wrong.

Combine all of that with the nerve-shredding individuals who have their phones lighting up and beeping like smoke alarms needing new batteries and who even carry out conversations on their mobiles while the movie is playing.

In order to cover the sounds of chewing and inane chatter, the cinemas have to crank up the surround sound to ear-bleeding levels.

Even before Covid, it had turned into a strange and stressful way to spend an evening.

Maybe, like all of those new shopping malls currently standing virtually empty, the big movie theatres need to change to survive and should consider going back to the golden age of cinema.

When I was a kid, going to see the latest James Bond film with my dad was a huge adventure.

We queued up outside movie “palaces” — glorious buildings filled with character and bursting at the seams. 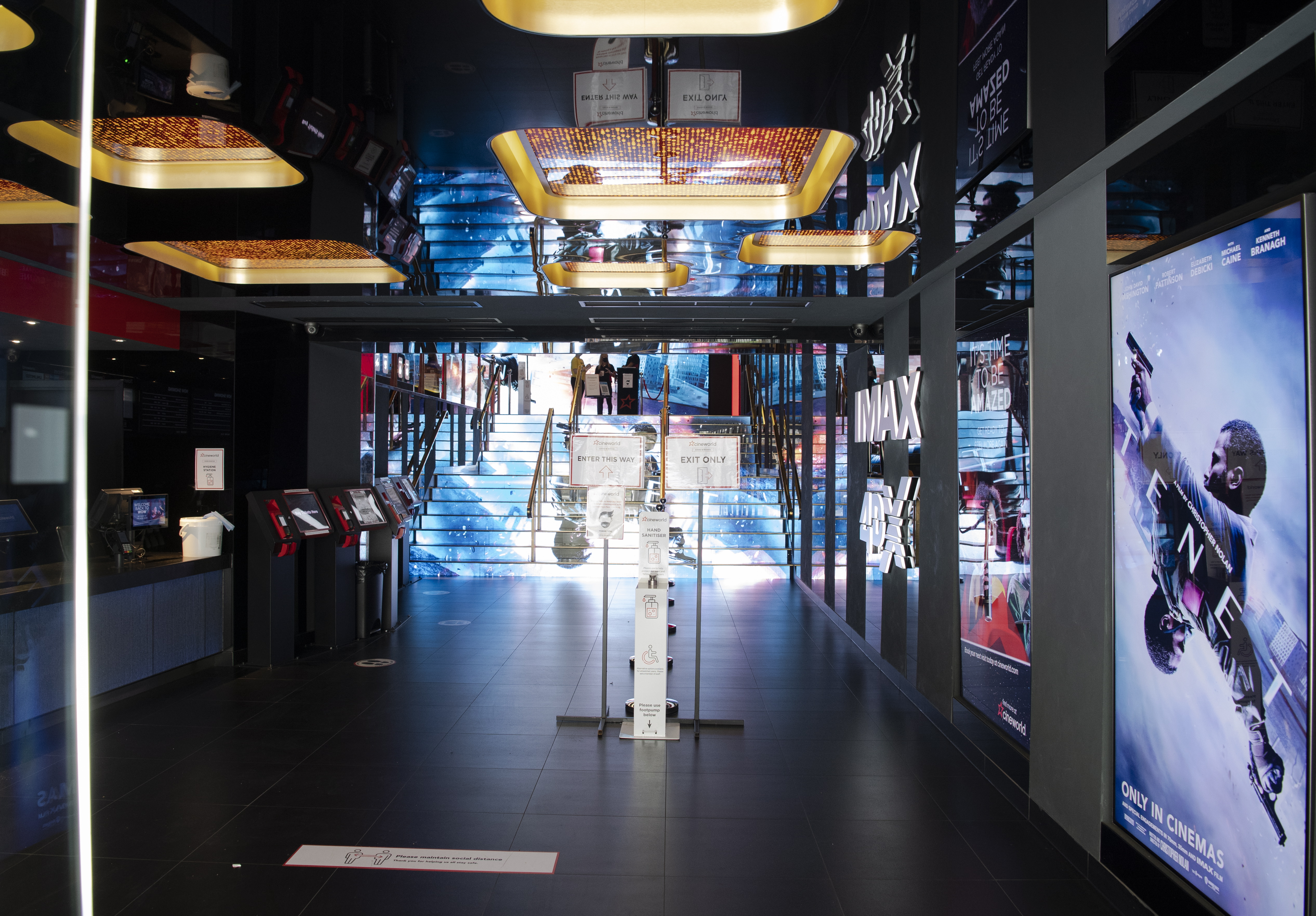 We somehow managed to survive for 90 minutes without needing to be fed and watered.

Anyone opening a bag of boiled sweets or, heaven forbid, trying to start a conversation, would be immediately hushed by a stern usherette who would shine her torch of shame in the offender’s face.

I know the cinema chains make a lot of money from selling junk food, but you have to weigh that up against the customers who have deserted going to the pictures because they can’t stand the almighty racket.

Also, most films back in the Fifties and Sixties were able to tell the whole story in well under two hours — something the producers of bloated modern-day action movies would do well to emulate.

The experience of going to the movies was once a shared joy, and even the biggest TV in your house couldn’t compare.

It could be that way again but there needs to be a rethink.

Some independent cinemas have realised comfy seats, a quiet glass of wine beforehand, a ban on mobiles and a mixture of crowd-pleasers and independent movies are the keys to success.

Once films start being made and released again, I sincerely hope the big chains copy some of these ideas — and that at the end of all this we can still go and wallow in the magic of the big screen without all of the distractions. 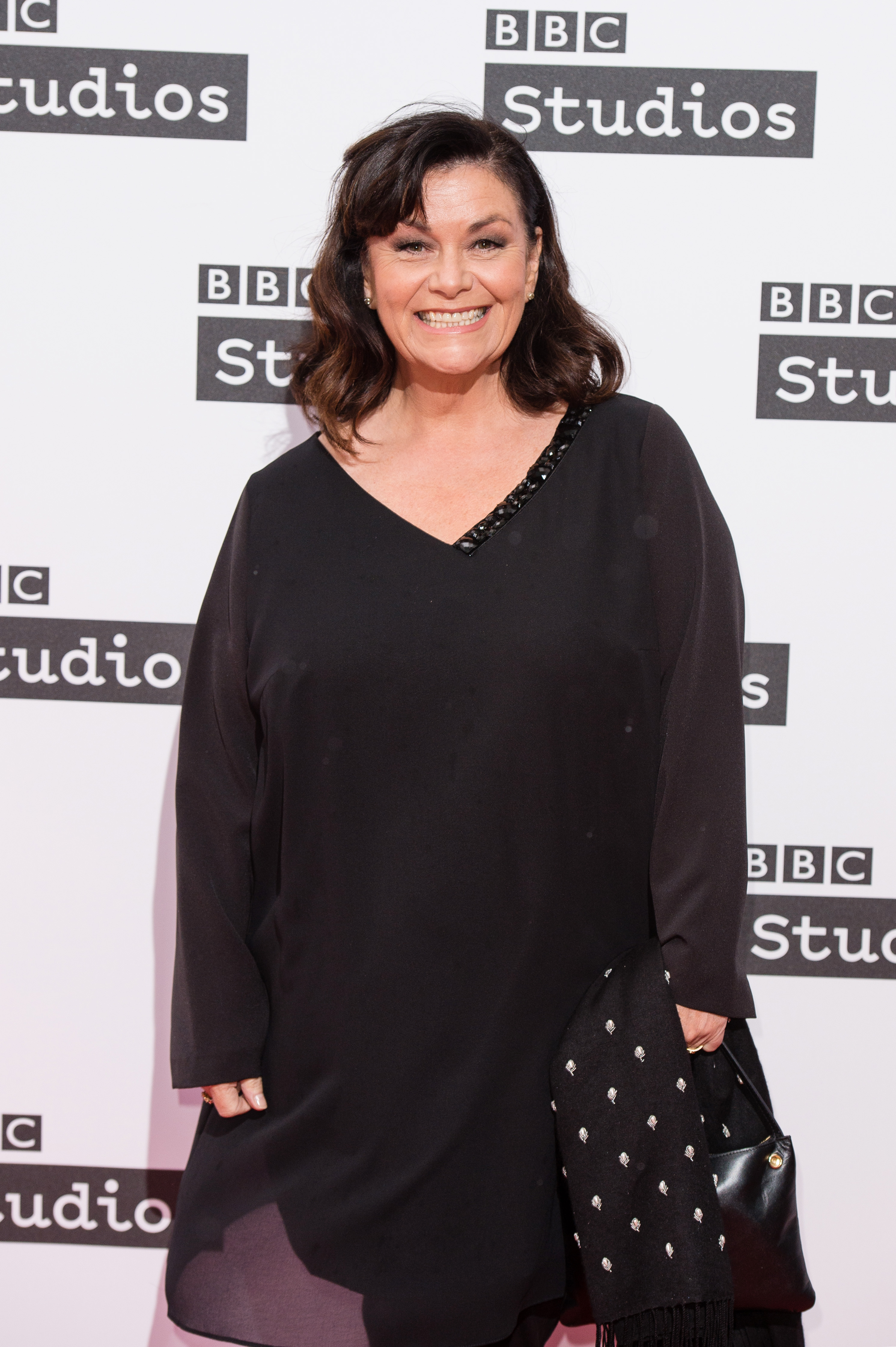 JUST when I thought I couldn’t possibly adore Dawn French any more than I already do, she comes out with a statement that makes all of us who’ve been Covid comfort-eaters feel instantly better about ourselves.

Dawn has told the world that she’s “a barrel again” and she “doesn’t care”.

Actually, she’s just put on a few pounds after beavering away on her latest book and coping with Covid like everyone else.

Dawn, who is one of the loveliest, kindest women I have ever met, celebrates her 63rd birthday tomorrow and says she’s very happy with the way she looks. So she should be.

She’s like a gorgeous Cornish cream tea. Jam before cream and all soft and sweet and yummy. 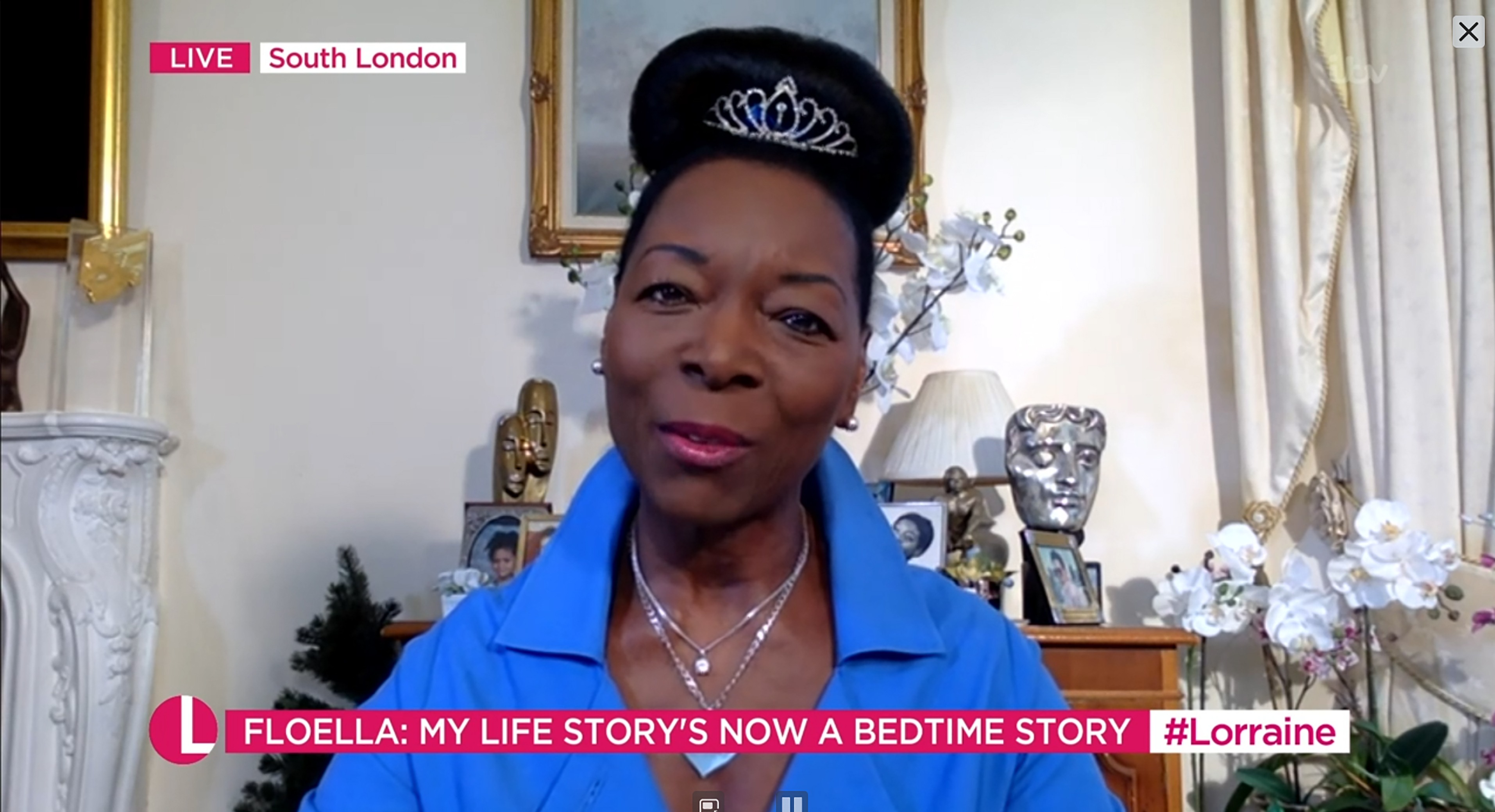 DAME Floella Benjamin is a beacon of light in these dark times.

She came to the UK from Trinidad in 1960 as part of the Windrush Generation.

She and her family suffered racism, and Floella had a tough time as a kid.

To make life better for everyone who has ever felt like an outsider, she has campaigned for equality all of her life.

She was a trailblazer on TV’s Play School in the Eighties, showing a deep understanding of children, gaining their trust and making them feel special.

She has now written a beautiful children’s book, Coming To England, about her journey from the Caribbean to London and growing up here.

She is 71, looks at least two decades younger and can make you feel better just for being in her company.

Her story is of hope and happiness and will appeal to any child who has ever felt a bit different. 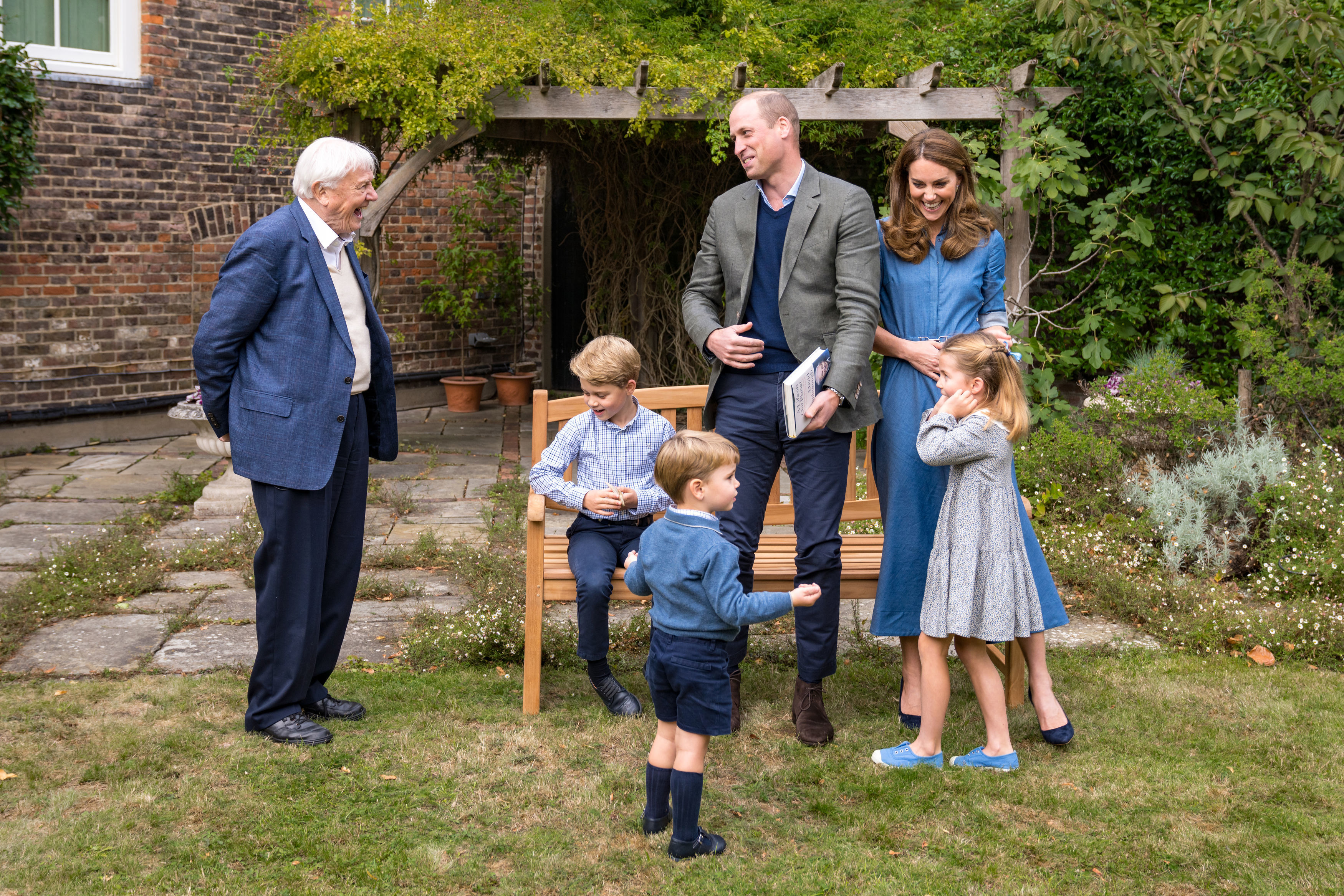 WITH William and Kate and their adorable kids, the monarchy’s future looks in safe hands.

Canny William has joined forces with the nearest thing we have to a living god, David Attenborough, to save the planet from the growing threat of human beings.

The climate change crisis, increasing number of animals on the verge of extinction and the amount of plastic crap in our oceans all needs to be dealt with right now.

To that end, William has stepped into a chasm that should have been filled by the governments of the world’s richest countries and, backed by major philanthropists, is offering £50million to anyone inventing projects that could help save the planet.

The Earthshot Prize will focus bright minds to come up with ingenious ways of fighting the damage we have done to Mother Earth, especially in the past 150 years.

For William, this is more than a passion project.

He has a young family and knows he needs to act now if his children George, Charlotte and Louis are to have a chance of enjoying grandchildren.

I’M so surprised and thrilled to have been given a CBE in the Queen’s Birthday Honours.

And what an enormous privilege to be getting an award alongside my colleague Dr Hilary Jones and, most of all, our amazing frontline workers, who have been striving to keep us all safe in the most difficult circumstances imaginable.

I salute every single one of them.

Pete is the Pres who missed us

HE’S articulate, whip- smart and with the charisma and good looks not seen in a US politician since the days of John F. Kennedy.

He’s also happily married, with a cracking sense of humour and would be simply perfect as the next President of America. 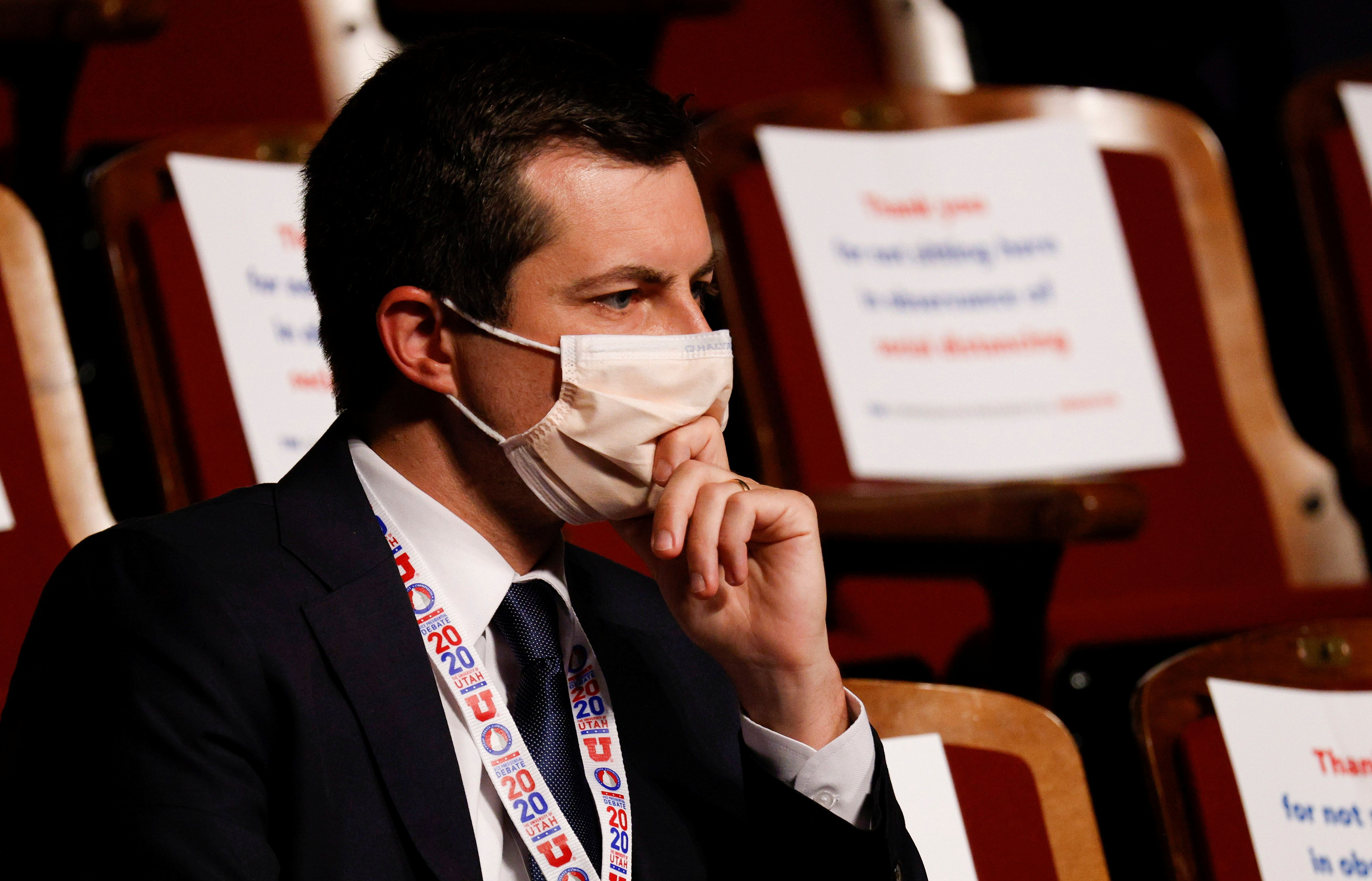 So why is Pete Buttigieg not running against Donald Trump for the White House?

Well, Pete just so happens to be gay and Middle America would apparently have had a fit of the vapours if he had won the Democratic nomination instead of Joe Biden.

Watching him on US TV destroying Trump in just a few sentences this week made me long for a world in which he would have the chance to take on Trump for the presidency.

What a missed opportunity.

Pete would make mincemeat of the orange buffoon in any presidential debate, instead of just grinning away inanely like Biden and hurling fatuous insults.

It’s a crying shame this splendid man is not getting the opportunity he deserves and that the US has missed out on a president with principles and a genuine desire to make the world a better place.

WordPress content can now be timestamped on Ethereum
We and our partners use cookies on this site to improve our service, perform analytics, personalize advertising, measure advertising performance, and remember website preferences.Ok