The RSPCA were called out to reports of a tiger cruelly kept in a British garden – but it turned out to be a stuffed toy in a cage.

Marije Zwager received a call from a distressed neighbour who thought they saw a huge big cat kept in a tiny cage.

She went to the property in Silverton, Devon, and soon realised the tiger was just a cuddly toy in a hutch, keeping two rabbits company. 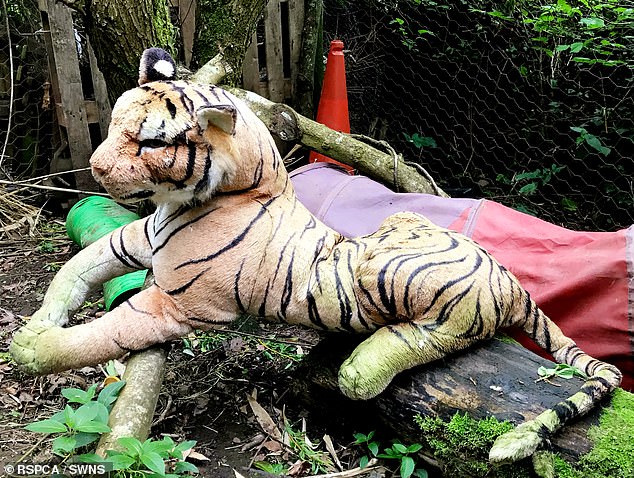 Marije said: ‘The person who called us was concerned as they claimed they’d seen a tiger in a cage in a garden.

‘I wasn’t quite sure what to expect but soon realised that it wasn’t a tiger at all, it was just a soft toy. The owner could really see the fun side too!’

The stuffed tiger belongs to the owner’s children, who christened him Tiddles and bought him to keep their two male rabbits – Horace and Boris – entertained.

‘From a distance it was difficult to see what was in the cage so I don’t blame the caller for getting in touch, it’s good to know that there are people out there who are looking out for animals,’ Marije said.

‘We really appreciate all the calls we get telling us about animals in distress. Members of the public are certainly our eyes and our ears.’ 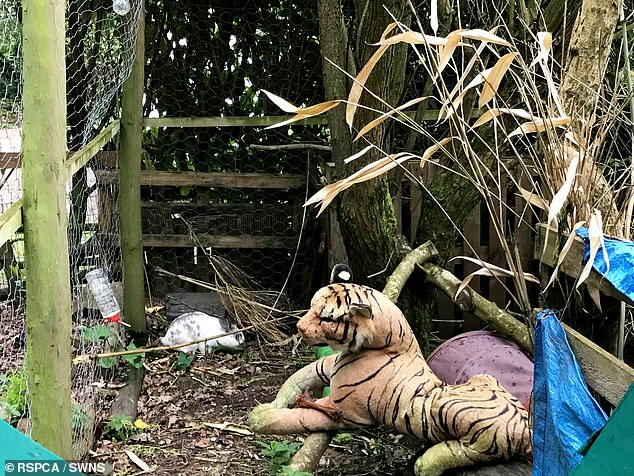 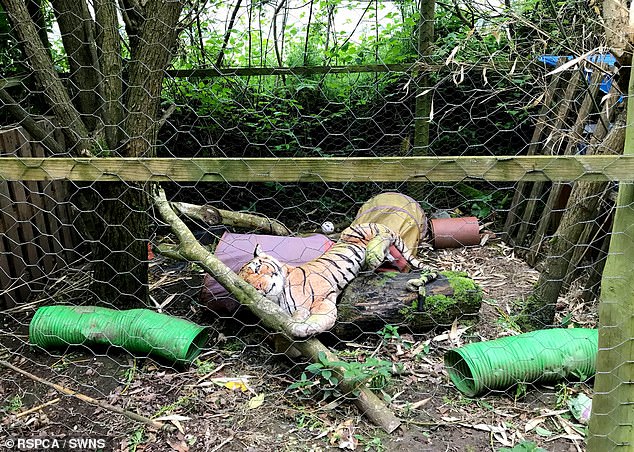 ‘We really appreciate all the calls we get telling us about animals in distress. Members of the public are certainly our eyes and our ears,’ Marije said

It’s not the first time the RSPCA have been called out to rescue realistic stuffed animals.

In November distressed callers reported what they thought was a ‘stranded Great Dane’ on a church roof in Port Talbot, and said they feared it was dying because it wasn’t moving.

RSPCA inspector Nigel Duguid then used a ladder to clamber up to the flat roof of the church to reach the dog, which turned out to be a 4ft cuddly toy.

And in 2017, dozens of shocked motorists flooded the RSPCA with calls over a horse strapped down to a trailer that was seen speeding along a motorway from Birmingham to Cambridge. 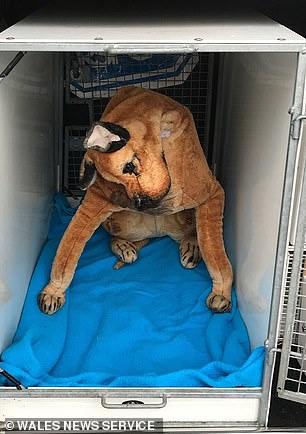 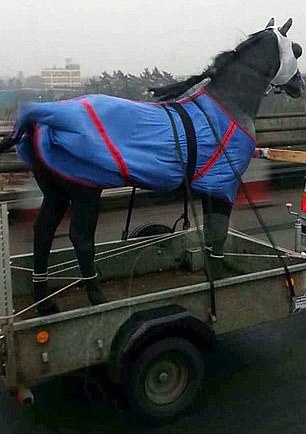 But when the owners were tracked down by the animal cruelty charity, investigators found that the animal in question was a life-sized plastic horse.

Assistant director of the RSPCA Inspectorate Dermot Murphy said: ‘Every day is different at the RSPCA and our officers are used to responding to heartbreaking calls, taking on hair-raising rescues and, from time-to-time, dealing with laugh-out-loud situations.

‘From stuffed toys to decorative models, our officers have helped them all.’

Trump threatens to pull funding from schools that teach 1619 project 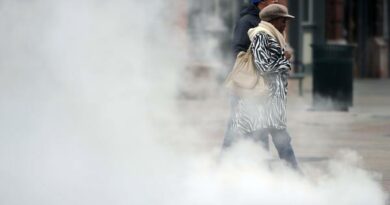 Record number of people hospitalized with frostbite at UCHealth in Aurora