They say when one door closes, another opens and Melbourne actor Nathan McCarron is living proof.

When his acting dreams fizzled due to the COVID-19 pandemic and he even lost his day job booking jobs for tradies, McCarron, 28, turned for solace to his other passion: drawing. 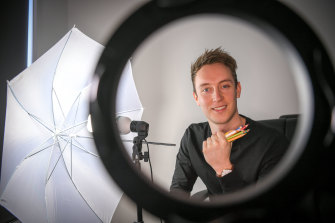 It began just as a hobby, but an experiment filming his sketches of celebrities such as Taylor Swift, and uploading them to video-sharing app TikTok, "blew up".

He was swamped with requests to draw the likes of pop superstars Billie Eilish and Ariana Grande and six months later he has turned the lemon of lockdown into lemonade.

His little videos of between 15 seconds and one minute long, mostly portraying the sketching process, are attracting an average 1.6 million views. 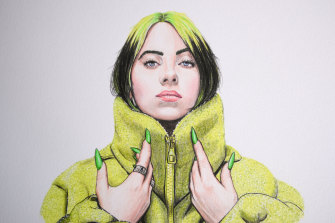 His most popular video, watched 2.5 million times, was his morph of drawings of Britney Spears — the first done when he was six years old, the latest when he was 22, accompanied by Spears' hits.

A Women in Music video including likenesses of Lizzo, Adele and Katy Perry attracted 480,000 likes and 1.6 million views.

McCarron found that TikTok has far greater reach than Instagram, which he previously favoured. But even there, pop singer Rihanna ‘liked’ McCarron’s drawing of her.

Singer Pink posted his drawing of her on her Facebook page. The post received 200,000 likes and thousands of comments. 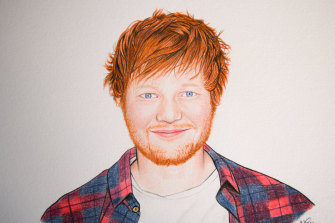 US actor and comedian Whoopi Goldberg saw his drawing of her when he tagged her on Twitter, then ‘followed’ him, and said "thank you for sharing it with me, I love it".

"Then she shared it on Instragram and said, ‘again, all I can say is wow," he said.

McCarron, of Knoxfield in Melbourne’s south-east, said Universal Music has paid him for four commissions — to promote rappers Juice Wrld and Machine Gun Kelly and to use two songs on videos about his progress as an artist.

Faber-Castell pays for his art materials, in return for him endorsing products and letting them use his work for promotions.

TikTok staff have allocated a manager to advise on presentation and ways to grow his brand.

McCarron said he was "not quite" making a living from his art but may do, with more sponsors. And his commission fee will grow as follower numbers increase.

He had found new joy in drawing as well, as a paying gig. He said being in lockdown, without this project "I think mentally I’d be struggling. There’s no nine to five job, no auditions to go to".

The best feedback messages come from kids who are inspired by the sketches to take up drawing.

"A couple of people have said, ‘I’ve been feeling down during lockdown and your drawings have kept me entertained'," he said.

"It’s so nice to know that while I do it for enjoyment, I’m now bringing enjoyment to other people as well."

In need of some good news?

Stories that will brighten your outlook, delivered weekly to your inbox. Sign up now for our Greater Good newsletter that is launching soon. Sign up to The Age here; Sydney Morning Herald here; Brisbane Times here and WAtoday here.

‘Where are you?!’ EU chief under fire for SKIPPING crunch budget talks – Brexit panic hits