Home » World News » PM Jacinda Ardern on house prices: ‘It just cannot keep increasing at the rate that is’

Prime Minister Jacinda Ardern says she wants to ensure first home buyers can get into the market after it was revealed this morning that house prices have increased nearly 20 per cent.

House prices have increased 19.8 per cent year-on-year with the median now at $725,000. Ardern this afternoon said figures show an increase in first-time buyers in the market since 2017, but that investors in the market had remained the same.

“It just cannot keep increasing at the rate that is,” she said about the rising prices.

Ardern says with the mandate the Reserve Bank already has they are using tools that will likely have an impact on the housing market.

“They have the ability through the LVR regime to target specifically on that end of the market. Keeping in mind those first-time buyers will equally be aided by the fact that we have historically low interest rates. But what it is doing is also causing potential for heat in the market for others who are looking to buy, which is why the Reserve Bank is looking specifically at those LVRs are used, which they are consulting on that now, and will potentially make a difference.”

She said having a type of emphasis on the LVRs with investors and people buying second properties was a matter for the Reserve Bank.

“A house is the most significant asset that most families will have and of course they want to ensure that asset maintains its value. But at the same time will have to make sure people can access the housing market.”

She said products like the Welcome Home Scheme were allowing people who were paying rent equivalent to servicing a mortgage, the ability to access the market.

“I want to look again at whether or not there is more we can do to overcome that big significant hurdle of that first deposit.”

Ardern said the Government had built more houses than any government since the 1970s, but that the issue was they were working off a low base.

“We are working very hard to overcome a crisis that has been built up over a number of decades.”

Ardern said she didn’t want home ownership in New Zealand to be determined by whether or not your parents for instance, can lend you a deposit. “That’s not the New Zealand we believe in. That’s why we are looking at progressive home ownership.”

She said though interest rates are down significantly from the past, relative affordability was now a huge issue.

Ardern said the previous focus had been on building large houses on large plots of land and not on building affordable homes that first-time buyers need. The focus had now changed.

Alf Filipaina, Auckland councillor for Manukau, said that if landlords pass on the cost of rampant house price increases to renters – or see an opportunity to raise rents – less well-off families will be in trouble.

“Will that then cause the people who are currently in the rental accommodation [to have] to leave? Then you’ll find, I believe anyway, people living in cars,” Filipaina said.

He said due to the proportion of incomes spent on housing, increases had significant flow-on effects into other areas of life.

‘Nail in the coffin’ for COVID: New drugs promise to change way we live with virus 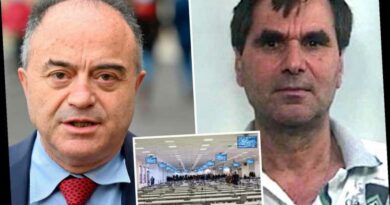