A house has collapsed in the southern Indian city of Hyderabad in Telangana state amid record rains and heavy flooding, killing at least eight people, police said. 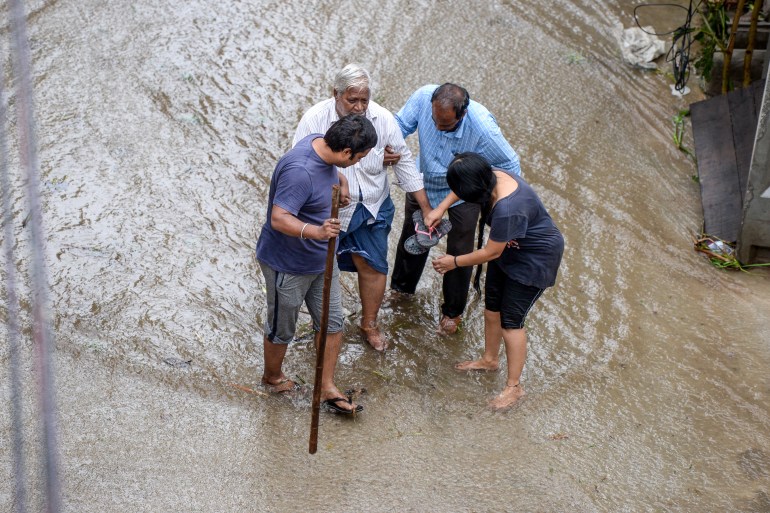 Residents help an elderly man make his way on a flooded street following heavy rains in Hyderabad [Noah Seelam/AFP]The house was in a hilly area of the city where the soil had loosened due to more than 25 centimetres (9.8 inches) of rain falling  in the past 24 hours, said the city’s police commissioner Anjani Kumar.

The current downpour in Hyderabad, caused by a deep depression in the Bay of Bengal, broke a record set 20 years ago. It caused flooding in low-lying areas of the city, and authorities had to evacuate people by boat.

At least 14 other districts of Telangana have also been affected, reports said.

More than 9.6 million people across South Asia have been affected by severe floods this year, with hundreds of thousands struggling to get food and medicine.

About 550 people have died in India, Bangladesh and Nepal, while millions have been displaced from their homes since the flooding began in June.

China threat: IDS calls for boycott of Beijing Olympics in 2022 for ‘behaving like Russia’