Somali man, 42, who downloaded terror tactics manual about vehicle and knife attacks and wrote ‘I like ISIS’ is jailed for 15 months 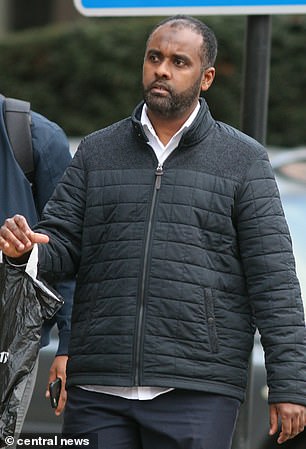 Abdirahman Abdullahi Mohamed (pictured), 42, from Northolt, west London has today been jailed for 15 months after he was found with a stash of Islamic State propaganda

A Somali man who downloaded a terror tactics manual about vehicle and knife attacks and wrote ‘I like ISIS’  on a file has been jailed for 15 months.

Abdirahman Abdullahi Mohamed, 42, from Northolt, west London, was in 2017 found with documents ‘useful to a person committing or preparing an act of terrorism.’

And had become ‘addicted’ to terrorist propaganda, downloading videos of beheadings and executions onto his mobile phone.

Despite claiming it was all for research, an Old Bailey jury convicted him of eight counts of possession of a document or record for terrorist purposes.

Judge Philip Katz, QC, explained that his interest in Islamic State’s activities in Somalia meant he was considered a risk.

He said: ‘This had become an obsession or fixation for you. I suggest you may have become desensitised to it all. The word has not been used but addiction may be apt.

‘Abdirahman Mohamed, I have to sentence you now for eight offences of possessing documents likely to be useful for a person preparing an act of terrorism.

‘You committed these offences by downloading an retaining digital material over a period of nearly two years.’

Mohamed was today jailed for 15 months as a result, but will be eligible for automatic parole after half of his jail term. He was cleared of one charge of disseminating terrorist propaganda.

Judge Katz explained that much of the material had been in the form of magazines, including ISIS publication ‘Rumiyah’ magazine and Al-Qaeda distributed ‘Inspire’.

‘The magazines and ebooks were professional, sleek looking publications. All the publications had front covers with graphic images.

‘It was all blatant propaganda for Islamic State. It certainly makes for tedious reading – it could be of no legitimate interest to anyone. It can only be described as extremist material.

‘I accept that your case was that you had moved from a position of support for IS and you came to reject its activities due to its barbarism across Europe and elsewhere.’ 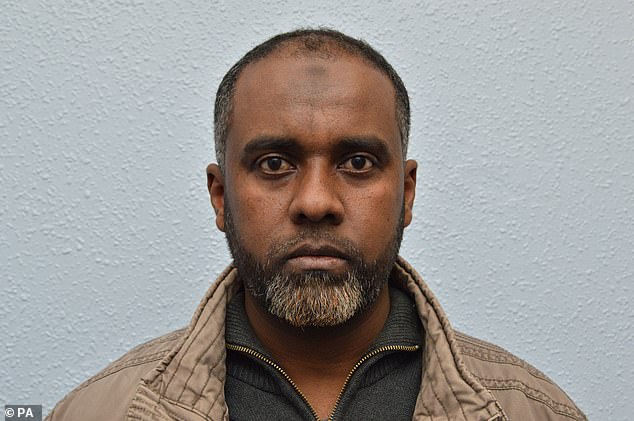 The father-of-two claimed he was researching how terrorism had affected his community, but a jury found him guilty of terror offences

The judge explained that Mohamed’s case was that he had taken an interest in Islamic State’s activities in Somalia.

‘I heard you give this evidence and I didn’t believe you. I didn’t think you had been truthful with the jury about your mindset.

‘You said you had come to realise that you were spending too much time looking at this material.

‘I wanted to believe you. The problem is that you began downloading extremist material a long time ago. You didn’t stop the downloads, you were still downloading terrifying videos onto your phone in May and June 2017.

‘You are an educated man who is capable of working hard and looking after your family. You have lost your job and you will find it difficult now to support your family.’

The court heard how Mohamed kept a laptop under his bed containing copies of the al-Qaeda magazine Inspire and one of his files featured a thumbs up image with the slogan ‘I like ISIS’.

The father-of-two claimed it was just for research and that he was trying to understand the issues involved but prosecutors said the collection showed he clearly had terrorist sympathies at the very least.

The court heard that Mohamed had download a prolific amount of material.

Earlier Kelly Brocklehurst, prosecuting, said: ‘The so-called Islamic State is of course now a familiar name and does feature heavily in the documents found in the defendant’s possession.

‘He knowingly possessed documents of a kind likely to be useful to a person committing or preparing an act of terrorism and that he provided a service to others.’ 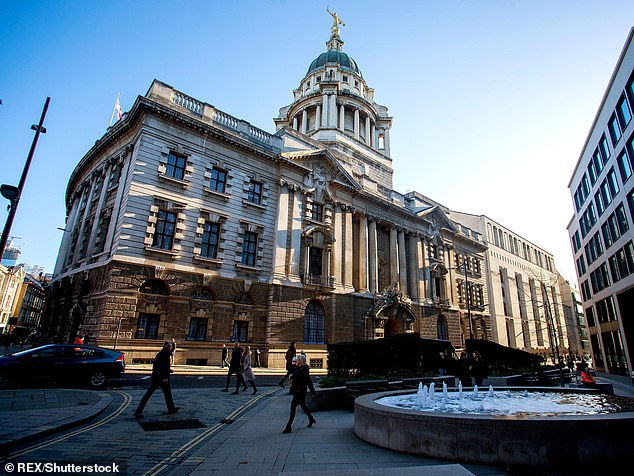 Police officers searched the home Mohamed shares with his wife and two small children in Northolt, west London, on 21 July 2017.

‘When officers examined those devices what they found was a very large number of worrying documents.’

Several videos and files were also found on his Samsung Galaxy mobile phone.

Mr Brocklehurst said: ‘Some of these videos contain graphic scenes of public beheadings, dead bodies and executions by gunfire.’

Details of files found on a second Lenovo brand laptop, including e-books glorifying IS and a photo of an ‘IS-style execution.’

‘Found on this laptop was two particular photographic images, the first depicting two young males dressed in orange overalls with two young children dressed in black standing behind them,’ said the prosecutor.

‘The children appear to be holding weapons and is reminiscent of IS-style executions.’

In a statement to police, Mohamed wrote: ‘I am a Somali Muslim, my community had been affected by terrorism.

‘The document was to help me understand the issues involved and for my own general interest and for me to form a view on what is happening.’

Mr Brocklehurst added: ‘It beggars belief that the defendant possessed such material in order to maintain his knowledge of regional affairs or for any other good reason.

‘Such a collection by its content and quantity shows someone with terrorist sympathies at the very least.’

Alex Rose, defending Mohamed, said: ‘He was looking at it in the context of the Arab world and the Arab Spring. He did have sympathy for these groups and it was not a fleeting sympathy.

‘He is coming at it all from a war torn country in Somalia, with that particular background and that particular view of countries where Muslims are subject to oppression and dictatorial rule.’

Mohamed, of Shadwell Drive, Northolt, denied but was convicted of eight counts of possession of a document or record for terrorist purposes.

He was cleared of one count of dissemination of terrorist publications.

The judge ordered forfeiture and destruction of the laptop and phone but allowed Mohamed’s legal team to remove images of his family before they were destroyed.

Mohamed was also told after serving his 15 month jail term he will be required to to notify the authorities if he changed address.

US and France say none of their missiles intercepted in Syria