Stonnington Council has backflipped at the 11th hour on a plan to lift its rates, while other Melbourne municipalities have held firm on a 2 per cent increase.

A backlash by traders and residents forced the inner-city council, which takes in well-heeled suburbs Toorak, South Yarra and Prahran, to offer a 2 per cent rebate in its revised budget. 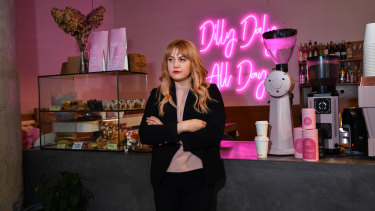 There were a record 96 of submissions to the draft budget, with 87 opposing a rate increase and many arguing for a reduction, due to the economic impact of coronavirus.

The Chapel Street Precinct Association had been incensed at Stonnington’s proposed hike, with a survey finding all of its 2200 members opposed it.

“There was a bit of a celebration last night,” the association's general manager Chrissie Maus said on Tuesday of the council decision, which passed on Monday night.

“It's the first time in a long time that we've had Stonnington listen and work collaboratively.

“It has shown they have come down from their ivory towers.”

Ms Maus said many struggling businesses had hoped for a rate reduction, but were pleased with the outcome nonetheless.

Three councillors – Marcia Griffin, Glen Atwell and Judy Hindle – voted against the revised budget, each arguing for reductions between six and 10 per cent.

"I felt without reducing any essential services but just by being more efficient, we could cover that reduction," Cr Griffin, who proposed a 10 per cent reduction, said.

"I was also listening very carefully to what the community had to say when we went out to community consultation. People are very, very concerned. Everyone in our city is suffering."

Instead of a rate freeze, Stonnington opted to charge the rate increase but refund it to ratepayers in the same bill.

This was done in order to leave the door open to reimposing it in better economic times.

"It's a lifeline," she said, adding her business had taken a big hit amid restrictions imposed to control Melbourne's coronavirus outbreaks.

"Our business is tanking massively. This stage four lockdown has been really, really hard despite pivoting, despite trying everything we possibly can.

"It means that that extra 2 per cent that we couldn't find, we don't have to worry about trying to find it. That's a positive."

All but another five of Melbourne's metropolitan councils have passed 2 per cent rate rises this year, the maximum amount allowed under state law.

Melbourne City Council voted to freeze its rates after suffering a $101 million loss in revenue sending it into the red for the first time in 30 years.

Constituents in Kingston and Melton pressured councillors to follow Melbourne's lead and freeze or cut rates. Maribyrnong Council has also implemented a freeze.

Monash Council's rates will go up by 2 per cent, but its ratepayers will be provided with a 10 per cent waiver, meaning rates will decrease by about 8 per cent.

Ratepayers Victoria president Dean Hurlston said Stonnington should have also been able to offer a reduction or freeze.

Mr Hurlston said he was concerned the council would impose the deferred 2 per cent in future years.

"That doesn't make sense to me whatsoever," he said

Cr Stefanopoulos said the council had followed recommendations from Federal Treasurer Josh Frydenberg and the Reserve Bank of Australia for all levels of government to spend money on capital works.

"We need to continue to spend money on capital works services to ensure that there are jobs being created," he said.

The council has deferred $7 million worth of spending on a $29.1 million redevelopment of Prahran Town Hall to next financial year.

Its revised budget has taken a $2.23 million hit, but is it still forecasting a $19.95 million surplus.

Monday was the final day of the extension granted to Victorian councils this year to adopt the 2020-21 budget.