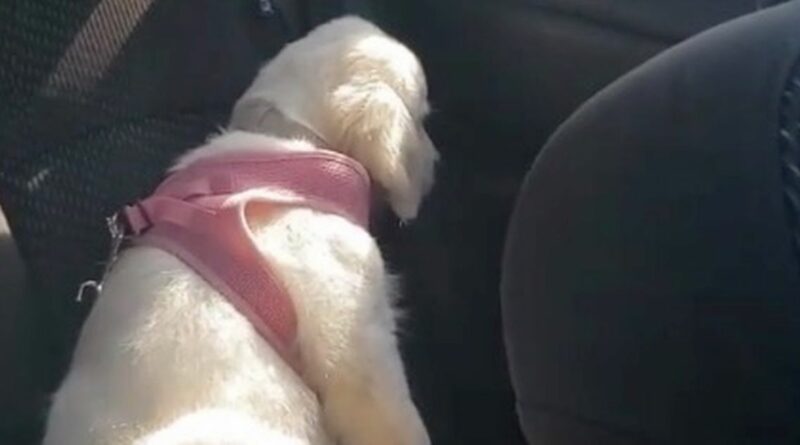 Calling all dog lovers! Sign up to TeamDogs for your weekly dose of dog news, pictures and stories.

A golden retriever has tugged at heartstrings after putting on an Oscar-worthy sulking display when she couldn't have a Starbucks drink.

Zoey is apparently a huge fan of the coffee chain's dog-friendly "Pup Cup" or "Puppachino", which is just plain whipped cream.

In a clip that was watched 12 million times on TikTok, Zoey is sitting on the backseat of a car looking despondent after a visit to a Starbucks drive thru.

She appears to be stubbornly facing away from her owner who is trying to console her with little success.

"I couldn't ask for a Pup Cup, oh my goodness," she adds while the dog continues to put her face in the back of the seat.

The TikToker joked in the caption: "I was a good girl for nothing".

Since it was uploaded on the @kobedgolden page, the clip has been "liked" more than 2.7 million times and received thousands of comments as many of people took the side of poor Zoey.

One viewer wrote: "I work at Starbucks and we are NEVER too busy for a Pup Cup it takes two seconds. Come to my Starbucks now!"

A second joked: "Ma'am you need to go back and make things right."

"Why is this a mood? I'm so dramatic I feel her pain," commented a third person.

A man said: "Poor pup, I'd have to give her something. I couldn't leave her like that."

"She loves food. Let me clarify, she is obsessed with food.

"It is funny how we have to watch her and at times entertain her so that Kobe [their other dog] can actually have a treat without being interrupted.

"One of Zoey’s favorite treats is whipped cream. When we realised that, we then took both of them to get pup cups and they both enjoyed it very much.

"Now every time we leave our house and go for a ride Zoey expects to get her pup cup no matter the circumstances."

This comes after the incredible moment a golden retriever took on a huge bear was caught on home CCTV – and the brave pooch won.