LAIWU, China (Reuters) – In a room inside a hillside Taoist monastery in China’s Shandong province lies a collection of 558 memorial tablets inscribed with the names and home towns of people who died after contracting the coronavirus or while battling the pandemic. 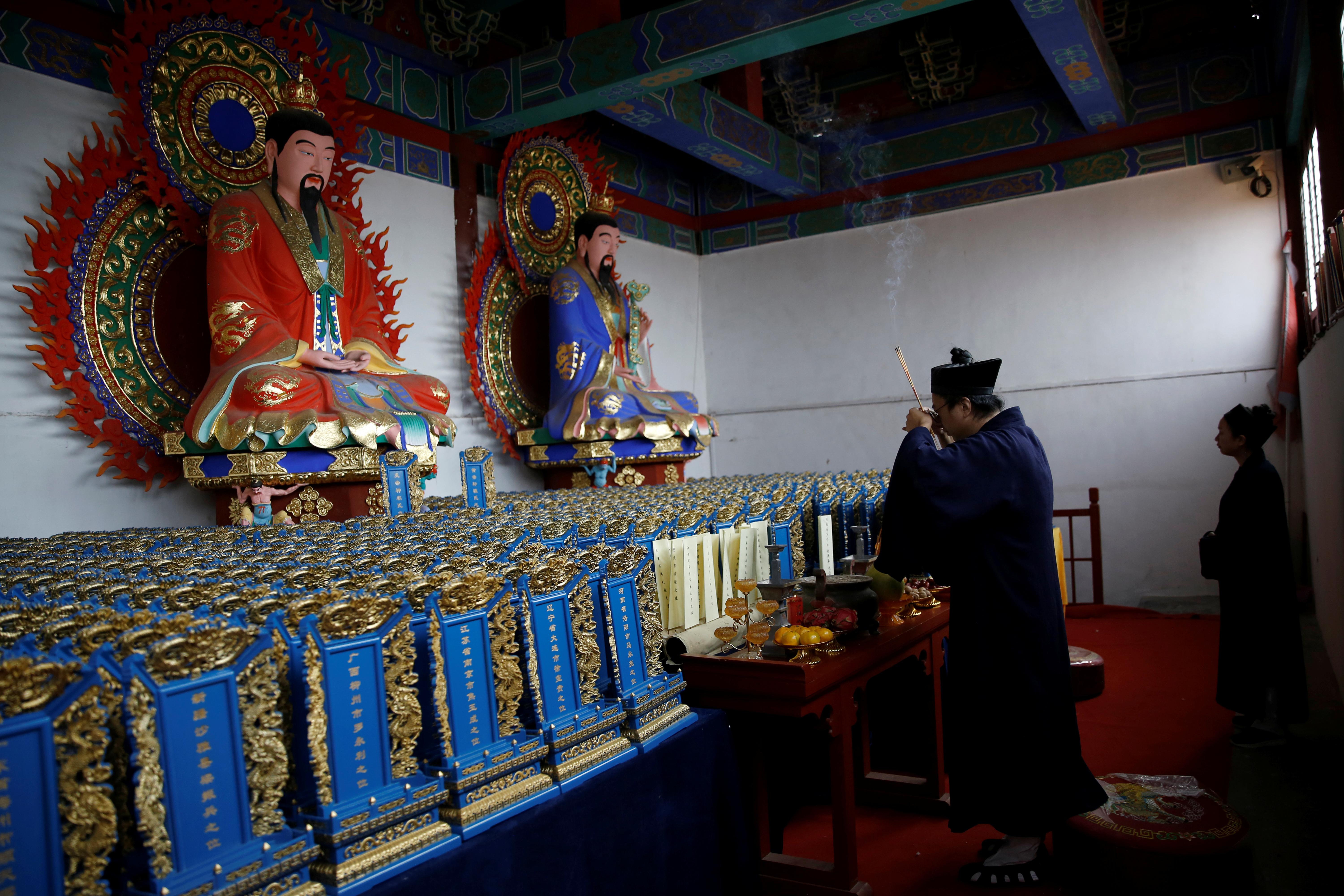 Some of them, like Li Wenliang, are household names in China. Others, like Liu Hewei, are not.

“A person’s true death is when the whole world has forgotten them,” said Taoist priest Liang Xingyang, who started the collection on Jan. 29, shortly after Chinese authorities announced that the virus could pass between humans.

“No matter what religion or beliefs they hold, their spirit deserves to be passed on. In fact, they live on in our hearts.”

Taoism, or Daoism, is a philosophy-turned-religion that has tens of millions of followers in China and is one of the country’s five officially sanctioned religions.

Taoists use memorial tablets to give souls a place to rest after death, Liang said.

The monastery complex, where a small community of priests lives, sleeps, eats and worships, is spread across a rocky hill. In one hall perched high up and reached by a steep flight of stairs, the ornate gold and blue slabs are stacked in neat rows.

An act of remembrance on such a scale is unusual in China – Liang believes his is the only such collection linked either to Taoism or Buddhism.

China, where the coronavirus emerged in the city of Wuhan late last year, has held remembrance events arranged by the government and some museums have asked the public to donate items to commemorate the country’s fight against COVID-19.

But much of the country has reopened after lockdown and striven to return to normal life as new cases slow.

That is in contrast to the widespread anger in China early on in the pandemic when Li Wenliang, a young doctor who was reprimanded by police after he tried to raise the alarm about the virus, died of the associated disease in early February.

Of those honoured by the tablets, only a minority died of COVID-19. Most died from other causes, like exhaustion from overwork, Liang said, adding that he compiled his list of “heroes” based on state media reports or government notices.

Liu, for instance, was a 42-year-old government official from Inner Mongolia who died in February of a heart attack after working 20 days consecutively as a deputy director of a large local market.

Liu’s widow visited the monastery at the end of August to see his tablet, a reminder for 41-year-old Liang that contacting grieving relatives was the toughest part of the project.

“I think that enabling them to see each other in this way, enabling relatives to discover that after one of their family had lost their life, someone else remembers them, I think this is the greatest comfort to me,” Liang explained.

During a recent visit, priests moved across the monastery’s colonnaded courtyards in ornate, multi-coloured robes and black caps. At a ceremony for one of the dead being honoured, a family member knelt while priests flanked her. Cymbals crashed and chants were sung.

Liang said he faced some resistance from authorities to his idea, but discussions resolved the issues.

He was also accused by some of using the memorials to try to spread his religion and make money through donations, accusations he denies. He even received death threats online.

To address the concerns, Liang, who also runs a jewellery company with over a dozen employees, has refused donations for the tablets, despite spending over 200,000 yuan (22,510.83 pounds) on them so far. 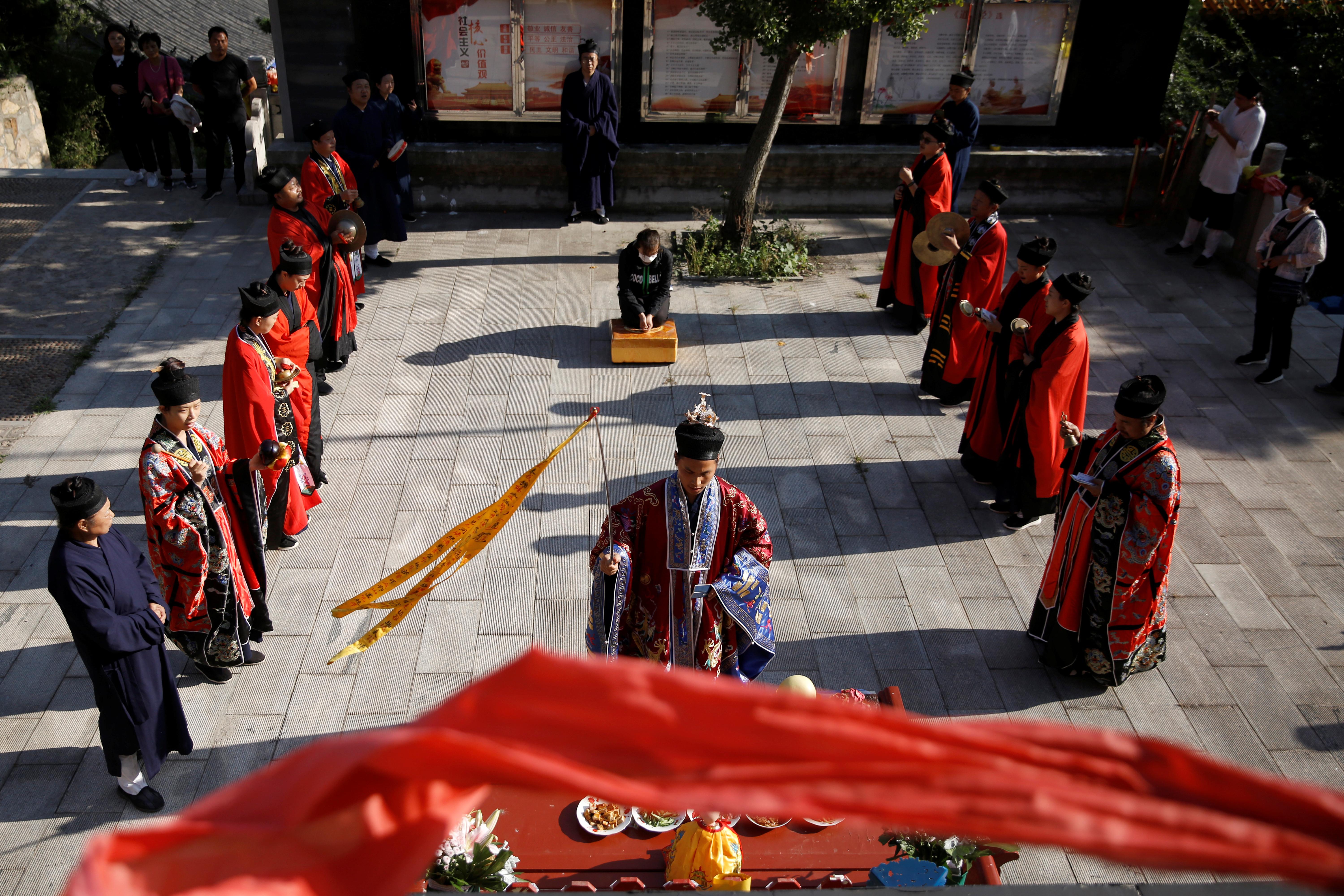 Liang, who has a following of three million people on China’s Twitter-like Weibo, does get help from young people who have joined him over the years, including Deng Shiquan, a 28-year-old former restaurant worker who is now a priest.

“The hardest thing is to keep going,” Liang said.

“We maintain them (the tablets) every day. Then we wait to see if, once this disaster has finished, will people still remember them? It is this which is the biggest hurdle.”

US says it took two prisoners during al-Baghdadi raid