A woman was left in a state of shock while working from home when she spotted a lone bear scaling the roof of her neighbour’s house.

Terri Warren, 51, from Anchorage, Alaska, filmed the cinnamon bear prowl back and forth along the first-floor roof and walk past the second-floor window of the property.

The keen wildlife photographer, who lives in the aptly named Bear Valley neighbourhood, described how the curious creature casually wandered around the roof before climbing back down. 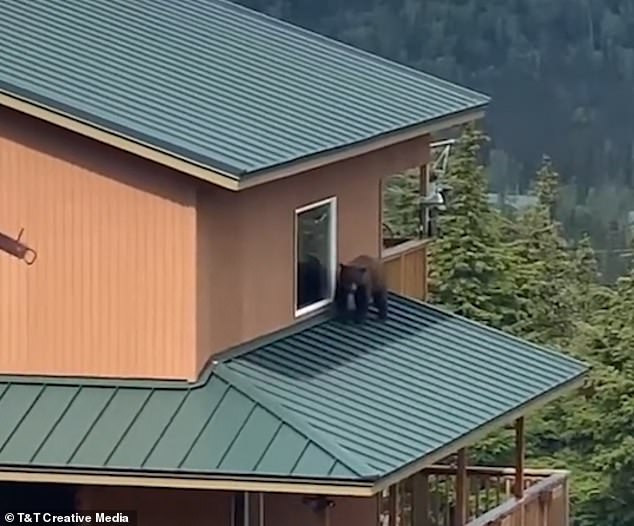 Terri Warren, 51, a wildlife photographer from Anchorage, Alaska, watches the cinnamon bear scale the roof of her neighbour’s property 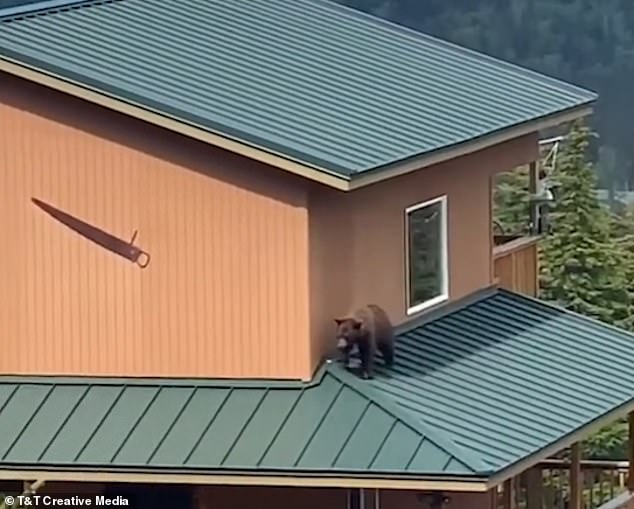 The creature, which was filmed on June 5, walks around a corner of the roof and continues to prowl the area

During the footage, which was captured on June 5, the bear prowls the first-floor roof and passes a window.

The animal then turns around a corner and looks out into the distance before making its way back along the roof.

Ms Warren said she continued to keep a watchful eye over the creature in the hope that it would not climb into her neighbour’s home.

She told KTUU News: ‘I saw this cinnamon climb up the neighbour’s house! By the time I got my phone back out he was just sitting on their deck.

‘So I watched for a while and then he went on the roof and climbed down! It was crazy! I’m glad they weren’t home!’

She added: ‘We do see them a lot, it’s kinda normal, I do live in Bear Valley. But I’ve never really seen or watched one scale a house or walk on the roof before so that was new to me.’ 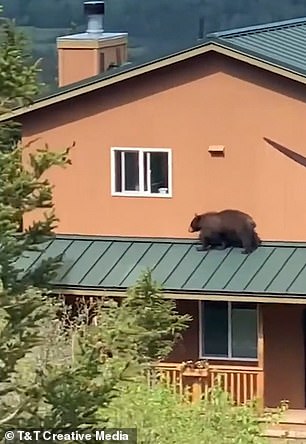 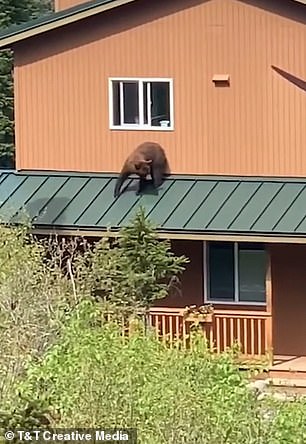 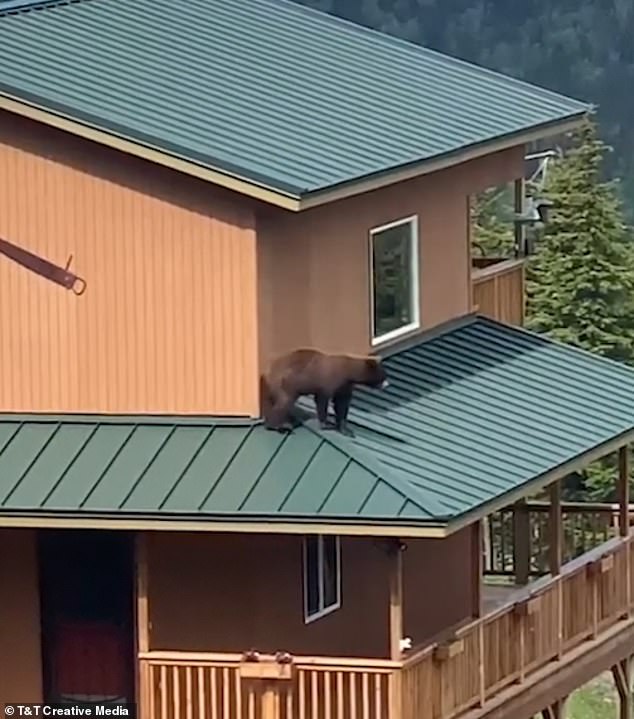 The bear, which was later spotted wandering around the neighbourhood, stays close to the property and looks out into the distance

Ms Warren, who revealed that she has also seen the animal walking around her neighbourhood, said that she would forever be drawn to photographing wild animals in their element.

She continued: ‘Alaska never ceases to amaze me, and I am well aware we live in their neighbourhood, just as they live in ours.

‘One minute a black bear can be sauntering up the road, and ten minutes later a cinnamon is scaling the neighbour’s house and wandering around their roof.

‘I respect the wildlife here and will forever be drawn to watching and photographing them in their element.

‘People were amazed at the video it’s been shared all over on social media.’